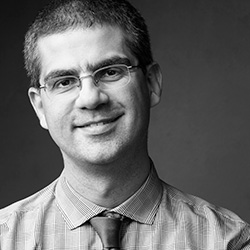 Dr. N. Sertac Artan is an Assistant Professor of Electrical and Computer Engineering at New York Institute of Technology. He is also the New York Tech NYC Campus Student Industry Projects Liaison for New York Institute of Technology's ETIC (Entrepreneurship and Technology Innovation Center), where his responsibilities include integration of the industry projects into project based undergraduate courses such as the Senior Design class. Dr. Artan co-authored a total of three papers with REU fellows in 2016 and 2017. His research is supported by the University Transport Research Center (UTRC) for vehicular security, and by Northrop Grumman for next generation networking.

Dr. Artan received his Ph.D. degree in Electrical Engineering from New York University (formerly Polytechnic University). He was on the faculty of the New York University School of Engineering before he joined New York Institute of Technology. He also worked as an ASIC (Application Specific Integrated Circuit) Design Engineer and designed integrated circuits for commercial, academic and military applications. Artan served in the organizing committees of the ACM/IEEE Symposium on Architectures for Networking and Communications Systems (ANCS), and IEEE Sarnoff Symposium in 2011 and 2012, respectively. Artan's current research interests include low-power embedded systems and VLSI circuits for implantable and wearable medical devices, efficient algorithms for epileptic seizure detection and prediction, and visible light communication. 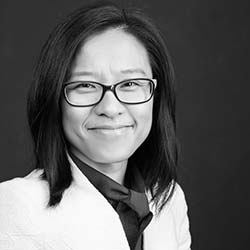 Ziqian (Cecilia) Dong, Ph.D., is an associate professor in the Department of Electrical and Computer Engineering at New York Institute of Technology. She was awarded the Hashimoto Prize for the best Ph.D. dissertation in Electrical Engineering, NJIT. She is the recipient of 2006 and 2007 Hashimoto Fellowship for outstanding scholarship and recipient of the New Jersey Inventors Hall of Fame Graduate Student Award for her inventions in network switches. She is the recipient of a Presidential Engagement Award in Student Engagement in Research and Scholarship.

Her research interests include architecture design and analysis of high-performance packet switches, data center networks, network security and forensics, wireless sensor networks, and assistive medical devices. She held consultant positions at industry such as AT&T and BOC Gases. She holds 7 patents and 3 invention disclosures. She has over 50 refereed journal and conference publications, 2 book chapters, and numerous poster presentations with her students. She engages students on both undergraduate and graduate levels in her research projects and published with them. 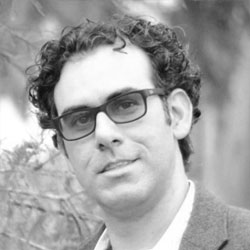 Reza Amineh is currently an Assistant Professor at the Department of Electrical and Computer Engineering at New York Tech. Prior to New York Tech, he was a principal scientist in the Department of Sensor Physics at Halliburton Co. He received his Ph.D. degree in electrical engineering from McMaster University, Canada, in 2010. He was a post-doctoral fellow at University of Toronto and McMaster University, from 2012 to 2013 and from 2010 to 2012, respectively. He was a Ph.D. intern with the Advanced Technology Group, BlackBerry, in 2009. He has authored/co-authored over 60 journal and conference papers, and two book chapters. He contributed to more than 40 patent disclosures in applied electromagnetics while working in Halliburton Co and received several industrial awards. His research interests include applied electromagnetics with applications in imaging, antennas and microwave components design, and nondestructive testing among the others.

Dr. Amineh was a recipient of the Banting Post-Doctoral Fellowship from the Government of Canada in 2012 and the Ontario Ministry of Research and Innovation (OMRI) Post-Doctoral Fellowship in 2010. During his Ph.D. program, he was awarded the McMaster Internal Prestige Scholarship Clifton W. Sherman for two consecutive years. He has co-authored an Honorable Mention Paper presented at the IEEE Symposium on Antennas and Propagation, and the International Union of Radio Science, in 2008. He has also co-authored a paper selected among the journal Inverse Problems' "Highlights Collection of 2010." Amineh is a senior member of IEEE. He is actively working with undergraduate and graduate students on research projects related to applications of electromagnetic waves in sensing and imaging. 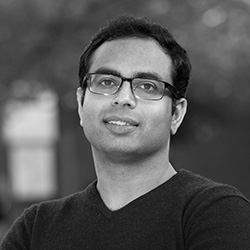 Kiran Balagani co-directs the cybersecurity laboratory in the NYIT College of Engineering and Computing Sciences, and conducts research in behavioral biometrics, biometric security, privacy, anomaly detection, and applied machine learning. His research has appeared in several leading peer-reviewed journals and conferences. He has three U.S. patents related to network-centric attack detection. In addition, Balagani teaches graduate and undergraduate courses such as Computer Networks, Artificial Intelligence, and Network and Perimeter Security. He also created the new graduate course on Biometrics. 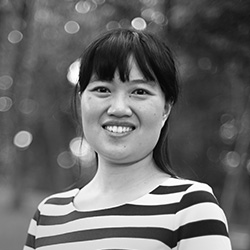 Houwei Cao, is an Assistant Professor of Computer Science at New York Institute of Technology. She obtained her Ph.D. degree in Electronic Engineering from the Chinese University of Hong Kong in 2011, and was a postdoctoral fellow at University of Pennsylvania from 2011 to 2014. Her main areas of research are signal processing, machine learning, data mining, with emphasis on developing computational methods for emotion and affect detection, text analytics, speech recognition, social network analysis, and smart healthcare. She won the audiovisual emotion recognition challenge (AVEC) in 2012.

Dr. Cao compiled the crowd-sourced emotional multimodal actors dataset (CREMA-D), which is one of the largest labeled datasets uniquely suited for the study of multimodal emotion expression and perception. Dr. Cao is a member of the International Speech Communication Association (ISCA), the Association for the Advancement of Affective Computing (AAAC), and IEEE. She has served on program committees and/or reviewers of more than ten journals and conferences in speech and language processing, affective computing, and computer vision. 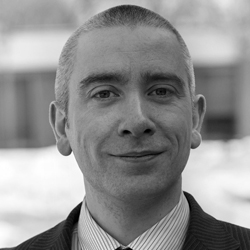 Paolo Gasti's research focuses on behavioral biometrics, privacy-preserving biometric authentication and identification, secure multi-party protocols, and network security. His work includes protocols for privacy-preserving biometric authentication, deniable encryption schemes, information leakage through timing and energy measurements, and security in Content-centric Networking. His work has been funded by the National Science Foundation and the US Department of Defense (DARPA). He served as a member of the NDN project, which is a National Science Foundation-sponsored initiative with the goal of designing a new network architecture that will eventually replace the current internet.

Dr. Gasti's work has been featured in articles in the New Scientist and MIT Technological Review. Gasti worked as a research scholar at University of California, Irvine and received a Fulbright scholarship, under which he visited Johns Hopkins University. He received his Ph.D. in computer science from University of Genoa, Italy, and his research pertained to the design of cryptographic schemes and network security. 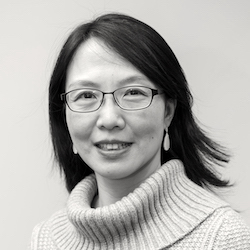 Huanying Gu is a Professor of Computer Science at the CoECS of New York Tech. Her research interests include data mining, data analysis, ontologies, object-oriented modeling, conceptual modeling, and medical informatics with an emphasis on controlled medical terminologies. Dr. Gu's research has been supported by the National Institute of Health (NIH), the UMDNJ foundation, PDR network, and New York Tech ISRC grants. Her honors include the Dean's Award for Excellence in Research from the University of Medicine and Dentistry of New Jersey, and Annual Faculty Scholars Award (2010–2018) from New York Tech.

Dr. Gu is the member of the ACM and American Medical Informatics Association (AMIA), and has served as the reviewer for journals and conferences. Dr. Gu received her Ph.D. in Computer Science from New Jersey Institute of Technology. Prior to joining New York Tech, she was an Associate Professor of Health Informatics at the University of Medicine and Dentistry of New Jersey (now Rutgers University). 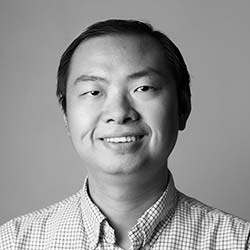 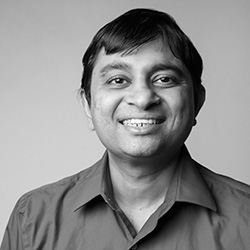 Anand Santhanakrishnan's current areas of research include a diverse range of topics like data analytics for dynamics of Wikipedia and social media, spectrum management and security in dynamic spectrum access networks and covert timing channels, biometrics and security in tele-robotics and molecular communications for engineering bacteria to cure cancer. Santhanakrishnan has experience in standardization of architecture and mobility management for the 4G-LTE wireless systems, where he represented Samsung Electronics in 3GPP and IEEE Standards meetings. He also represented Stevens Institute of Technology in the 1900.3A study group meetings on the standardization of security of cognitive radio devices.

Dr. Santhanakrishnan received his Ph.D. degree from the Indian Institute of Science, Bangalore, India, in 2004. His thesis on performance analysis of resource allocation schemes in cellular networks was awarded the best thesis in the Division of Electrical Sciences (including the Departments of Electrical Engineering, Telecommunications Engineering, Micro Electronics, Computer Science and System Sciences and Automation).