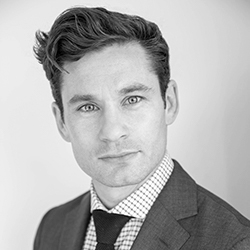 Outside the ring, Algieri graduated from Stony Brook University in May 2007 with a B.S. in Health Care Management and went on to earn his M.S. in Clinical Nutrition at New York Institute of Technology. He is certified as a Sports Nutritionist (CISSN) through the International Society of Sports Nutrition (ISSN).

Algieri worked for three years (2016–2018) as the Performance Nutrition Consultant to the Athletic Department at Stony Brook University (SBU). Along with the Athletic Director and Head Strength Coach, he developed a performance nutrition program that is growing and thriving to this day. During his time at SBU, he had the rare and rewarding experience of working with over 300 Division I athletes from 16 different sports teams.

Algieri often presents at various Sport, Health, and Medicine Conferences on various topics related to nutrition and performance. He is currently a member of The Center for Sports Medicine Advisory Board at New York Tech as well as the World Boxing Council (WBC) Safety Task Force.

In June of 2018, just days after scoring a knockout at Madison Square Garden to retain his WBO Super Lightweight International Title, he published his cookbook, The Fighters Kitchen via DK Books and Penguin Random House. 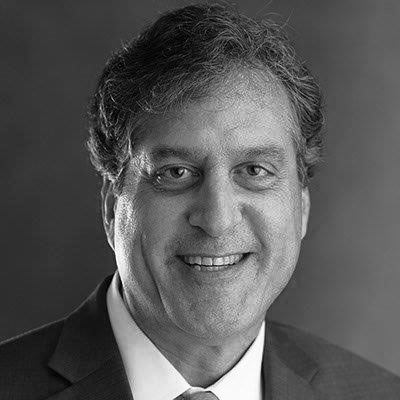 Mr. Almer is an Adjunct Professor in the Masters in Health Administration Program at Hofstra University and previously served in a similar capacity in Hofstra’s Gerontology Program. He often lectures to community and civic organizations on quality, leadership, the status of long-term care, and the overall state of the healthcare system, and has been a much-sought after media source for local nursing home industry information related to COVID-19.

Mr. Almer received his undergraduate degree from SUNY College at Purchase, and possesses an M.B.A. in Hospital Management from Adelphi University. He holds a Certificate Degree from Molloy College, and is a New York State licensed Nursing Home Administrator. Mr. Almer is also a Fellow of the American College of Healthcare Executives.

Mr. Almer is the Chair-elect of the 2020 LeadingAge New York Board of Directors and is a member of the Continuing Care Retirement Community (CCRC) Cabinet and the Board of Directors of the Association of Jewish Aging Services (AJAS), for which he served as chair of the 2019 AJAS Conference. He also serves on the Hofstra University School of Health Professions and Human Services Dean’s Advisory Board, the Parent Board of Directors for Brooklyn United Methodist Church Home, and the board of IPRO and its newly formed Cybersecurity and Audit Committees.

Among his other honors, Mr. Almer was named a 2020 Long Island Business News “Power 30 in Healthcare” winner and a 2019 MoXY Awards Honoree by the Moxxie Mentoring Foundation. 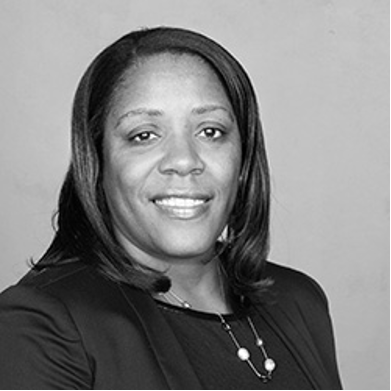 Melanie Austin, OTD, M.P.A., specializes in Health Promotion and Behavioral Health for adolescents, young-adults, student-athletes, women, and vulnerable populations. Her clinical and research interests focus on promoting healthy lifestyle behaviors, sleep routines, purpose in life, and meaningful success. Austin's work integrates traditional and integrative approaches with technology-based platforms for optimal emotional and physical well-being. She teaches courses in Community Health, Psychosocial Studies, Administration and Leadership, Advanced Clinical Practice, and Research Thesis. She is a faculty associate at the NYIT Center for Sports Medicine and NYIT Center for eSports Medicine and a research collaborator with the Department of Experiential Education in partnership with local and national community organizations.

Austin earned a Post Professional Doctorate in Occupational Therapy at Temple University, a Master's of Public Administration at Baruch College, CUNY, and a Bachelor of Science in Occupational Therapy at New York Institute of Technology, where she was also a track and field athlete and two-time NCAA All-American. She was inducted into the New York Tech Athletics Hall of Fame in 2008 for her athletic achievements and community leadership.

She is currently an NIH NHLBI PRIDE Scholar in the NYU Langone Behavioral and Sleep Medicine Institute. 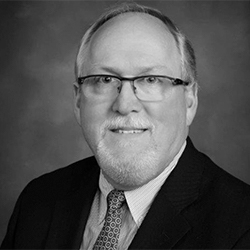 George Beauregard, D.O. currently serves as the Senior Vice President of Value-Based Care and Chief Physician Executive for CH Physician Partners at Catholic Health Services of Long Island (CHSLI). In that role, he leads efforts towards CHSLI's ambitions of transitioning to a value-based care delivery model. For over 20 years, in multiple markets, he has been involved in building and leading large risk-bearing physician networks and integrated delivery systems that have realized success in commercial and governmental value-based care models. 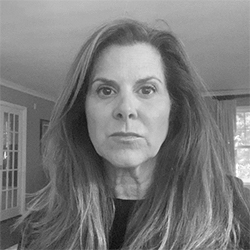 Suzanne Brook is a New York Institute of Technology double alumnus, with degrees in Communications Arts and Physician Assistant Studies. She currently serves as an RPAC at Huntington Dermatology, working in adult and pediatric dermatology. Brook is engrossed in volunteering at Grenville Baker Boys and Girls Club and working to help children of our community achieve their educational goals and is a loving wife and a mother to two teenagers. 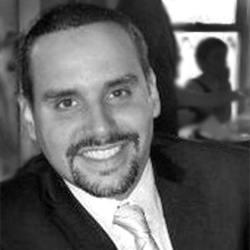 John Karaptis has worked at New York-Presbyterian Hospital in Queens for the past three years as the Administrative Director of Surgical Services and the Digestive Disease Service Line. During his time there, he's worked directly with and managed the Departments of Surgery, Trauma, Urology, Anesthesia, Pre-Surgical Testing, and Patient Flow. Karaptis also works with nursing and clinical leadership on managing the perioperative environments for the surgical operating rooms and the endoscopy suite.

After graduating as valedictorian from the New York Institute of Technology Physician Assistant program in 2003, Karaptis started his career as a physician assistant at Northwell Health, where he specialized in Cardiothoracic Surgery and Critical Care. He was also fortunate enough to serve as a Chief Physician Assistant and a Director of Quality and Education while working clinically. Later in his career, Karaptis went back to school and earned an M.B.A. from Hofstra University. 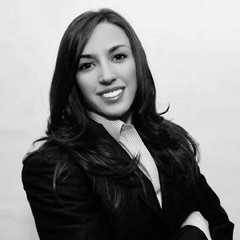 Dr. Christiana Marron is a Doctor of Physical Therapy who graduated from the New York Institute of Technology Class of 2016. She was awarded the Benjamin Morey Commitment to Excellence Award when graduating from the New York Institute of Technology Doctoral Program the same year she went into remission from Breast Cancer. She now owns one of the most select physical therapy settings in downtown Fort Lauderdale just minutes away from Las Olas Blvd, providing services to many people from all across United States.

In 2015 Christiana served alongside Dr. Michael Camp at Bethpage Physical Therapy in Bethpage, NY while completing her professional career at New York Institute of Technology and his training camp for professional boxer Chris Algieri’s WBO boxing fight against Manny Pacquiao. In 2014 she worked alongside Dr. Carlo de Castro at NYU Langone in New York, New York with a cognitive behavioral therapist for integrating the biopsychosocial model with patients dealing with chronic lower back and neck pain. She has had the unique opportunity to learn that successful functional outcomes require the unique combination of skilled PT intervention, consistent communication amongst her patients, therapists and board physicians as well as consistent patient compliance with performing his or her individualized home educational program. During her undergraduate career in 2012 she worked alongside Dr. Keith Schillo at the State University of Oneonta in Oneonta, NY in publishing a double blind scientific study on the Effects of Wheat Grass Juice and Blood Oxygenation Pre/Post Cardiovascular Exercise.

In her spare time she enjoys working out alongside her soul mate Christopher Dyer, taking their puppy Chloe to the beach and the park as well as enjoying the South Florida sunshine and warm weather. 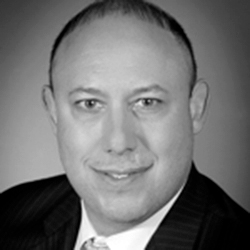 Jason McGrade, M.B.A., PA-C, is currently Vice President for Perioperative Strategy and Operations at Northwell Health. He previously served as the Director of the CT surgery service line after coming to North Shore University Hospital in 2011 as the Supervising Physician Assistant in the Department of Cardiovascular and Thoracic Surgery. Before this, McGrade was the Associate Chief PA in CT surgery at Lenox Hill Hospital, where he practiced for ten years. McGrade graduated from the New York Tech physician assistant studies program in 2002, where he received awards for his leadership as well as clinical year valedictorian. He graduated with his Masters Business Administration from Hofstra University in 2019 and has been a clinical preceptor for multiple Physician Assistant programs.

His administrative interests include talent acquisition, strategic operational opportunities, and collaborative high-performance team building. His clinical focus and training have revolved around critical care and minimally invasive and robotic cardiac procedures including all complex valvular, coronary artery bypass, and thoracic chest operations. He has given numerous educational lectures and been featured in publications for his work. McGrade also has served as research coordinator for multiple national valvular heart disease trials. He works closely with senior health system administration and physicians to advance the strategic planning, quality, and clinical operations of our health system.