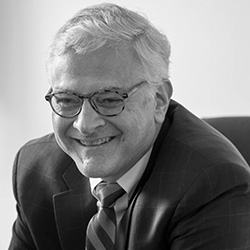 Henry C. “Hank” Foley, Ph.D., is the fourth president of New York Institute of Technology and is committed to providing outstanding outcomes for all of its students. This is accomplished by putting them at the core of a strategy that seeks to achieve excellence across all phases of the student experience—from recruitment and retention to the reward of graduation and start of a professional career. Creative resource generation and prudent asset management ensure that New York Tech further enhances these experiences and supports the aspirations of students, faculty, and staff. Foley believes that putting people first is critical, because it is their success that fuels their passion for New York Tech, resulting in more financial resources, higher enrollments, and deeper partnerships that enhance the institute’s reputation.

As the University of Missouri’s (MU) interim chancellor, Foley led the university through a very challenging period of unrest, change and, ultimately, real progress toward inclusion and equity. Before being appointed interim chancellor in November 2015, he joined the MU system in 2013 as executive vice president for academic affairs, where he was tasked with strengthening the academic quality of each of the four universities, increasing the size of the research enterprise and cultivating more technology transfer to the market. At Penn State, Foley served as department head of chemical engineering, associate vice president for research, dean of the college of information sciences and technology, and vice president for research and dean of the graduate school. In addition, he has held faculty appointments in chemical engineering and chemistry at MU, Penn State, and the University of Delaware.

Foley holds a bachelor’s degree from Providence College, a master’s degree from Purdue University, and doctorate from Penn State, all in chemistry. An accomplished researcher who has dedicated more than 30 years toward advancing the study of nanotechnology, he holds 16 patents, has written more than 150 articles and a textbook, the second edition of which appeared in June 2021. In addition, Foley has mentored nearly 50 graduate and undergraduate thesis students, as well as post-doctoral fellows. Those who have conducted research with him now hold faculty positions at MIT, Kansas State, Michigan State, University of South Carolina, and Penn State, as well as senior research and management positions at large and prestigious corporations and startups. Foley is a fellow of the American Institute of Chemical Engineers, the Industrial and Engineering Chemistry Division of the American Chemical Society, the American Association for the Advancement of Science, and the National Academy of Inventors.

In 2015, Foley was awarded an Honorary Doctor of Science by Providence College and, in 2017, earned the Distinguished Science Alumni Award from Purdue University. He is a trustee for Providence College, as well as a member of the board of the Commission on Independent Colleges and Universities in New York and the Long Island Regional Advisory Council on Higher Education. Foley also serves on the Board of Directors of the Lincoln Center Business Improvement District and the Long Island Association. In 2019, he received a Long Island Business News Executive Circle Award.

Foley is married to Dr. Karin Foley for over 40 years. They reside in Plandome, N.Y., and have two daughters, Laura and Erica, and two grandchildren, Juliet and Graham.