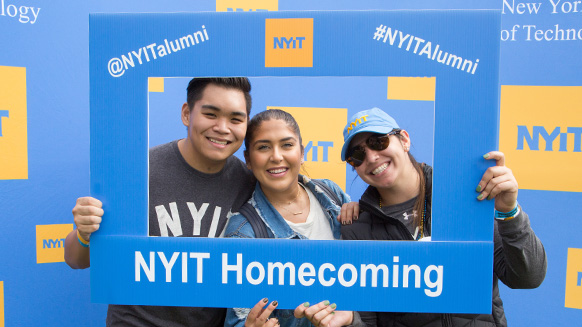 New York Institute of Technology graduates, family members, and friends joined faculty, staff, and administration in person on May 22 at the university’s Long Island campus to celebrate its 61st annual commencement. On April 27, guests gathered at NYIT de Seversky Mansion to celebrate the accomplishments of fellow alumni and industry partners at the College of Engineering and Computing Sciences’ first Ingenium Awards ceremony. As an undergraduate and graduate student, Selena Washington (B.S. ’04, D.P.T. ’06) learned how to multitask and work as team players, skills that have served her well as director of physical therapy at Physical Therapy of Harlem.

Alvy Ray Smith, Ph.D., a pioneer in computer animation and original member of New York Tech’s Computer Graphics Lab, will receive a Doctor of Science and speak at the university’s 61st graduation ceremony. Stay connected to the university and one another. Read the latest issue and submit alumni notes.