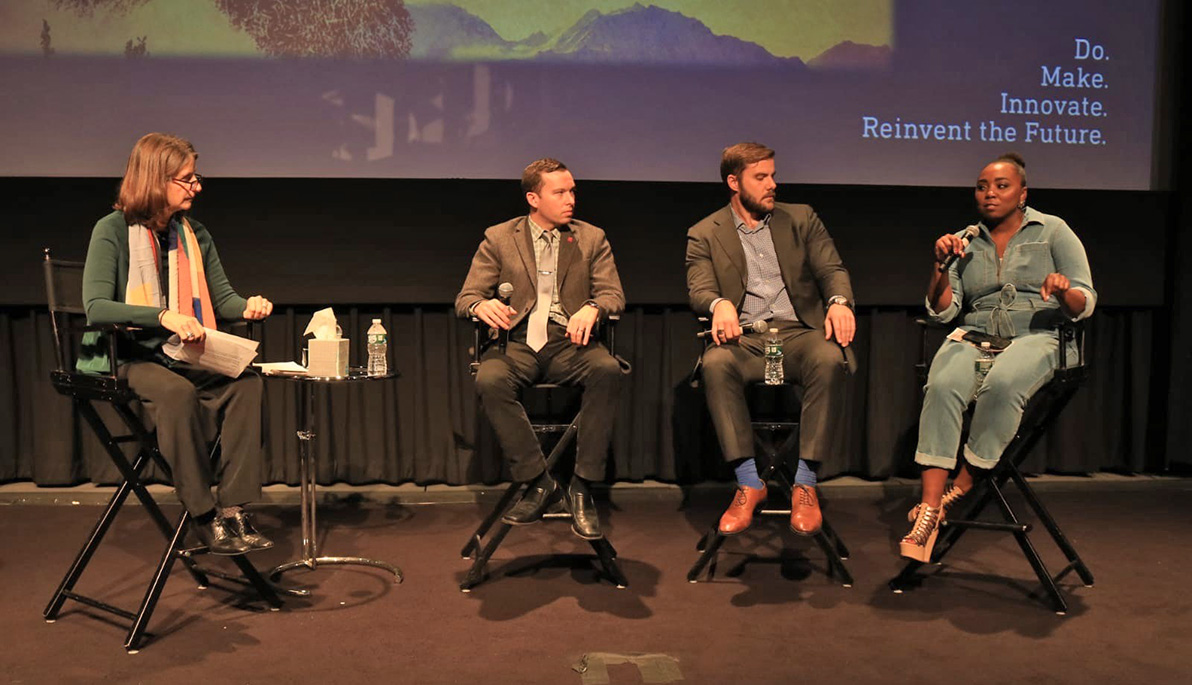 On November 7, New York Institute of Technology screened the award-winning documentary Almost Sunrise before a largely civilian crowd at NYIT Auditorium on Broadway. The film follows two Iraq veterans, both tormented by depression after returning from war.

The two embark on what the documentary calls an extraordinary journey—a 2,700-mile walk across the country from Wisconsin to California, to reflect on their experiences of war, speak on behalf of all the veterans without a voice, begin to trust people again, and ultimately, to help heal themselves.

According to Frank Rivera, M.S., director of Military and Veterans Affairs at New York Tech, “I have a duty to the veteran-student population I represent to establish a culture of understanding throughout the institution. As such, our department conducts cultural competency training with staff and faculty as well as hosts events to raise awareness of the issues our active-duty military and veterans face each day, including the prevalence of suicide.” The Department of Veterans Affairs recently released its annual National Veteran Suicide Prevention Report, which calculates the average daily number of veteran suicides at 17. The 2019 report includes data from 2017, the most recent available.

“Addressing the root cause of this issue is essential if those numbers are to decrease, so we opened this event to the community,” Rivera said. “New York Tech recognizes the sacrifices that veterans, including our students, have made for the freedoms we hold so dear as a nation. We hope to instill a sense of empathy and compassion in those who attended, bridging the gap in understanding that currently divides those who have served and those who have not.” 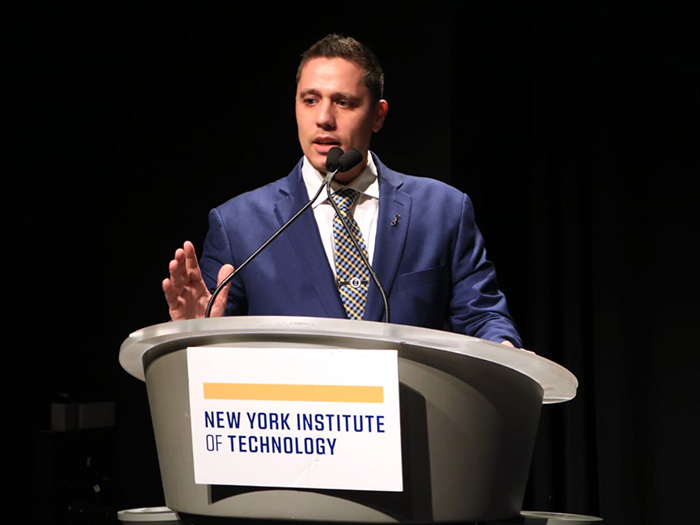 Following the film, a panel discussion addressed “moral injury,” which veterans often describe as the feeling of having done something wrong, even though it is what they trained for and were ordered to do. For example, moral injuries can stem from direct participation in acts of combat that can involve death and injury, as well as also witnessing or not preventing such acts.

Yvette Branson, Ph.D., a clinical psychologist and coordinator of the VA’s VITAL (Veterans Integration to Academic Leadership) initiative, moderated the panel and spoke on the importance of bridging the veteran-civilian divide. She noted that the turnout for the documentary and panel discussion at New York Tech was larger than most. “This really showed me how engaged your community is in addressing the veteran civilian-divide. I was delighted to see so many civilians, the 99 percent who didn’t serve attend to learn more about the lives of fellow students who did serve and are transitioning on campus,” she said.

All spoke about how they identified with the two veterans in the documentary, and they believe that this story can help people understand the human cost, or toll, of deployment not just on veterans, but on their families as well. “It is so important to tell this story because people just do not understand the veteran perspective,” said Dent. “I hope that everyone in attendance was able to go home with a different perspective of the military as well as a sound understanding of what moral injury is and the visible and invisible wounds of war. This is not the end of these conversations. It is just the beginning of something great to come. I am proud to be a student at New York Tech, where events such as these can happen and allow for further greatness.”

More than 150 veterans are currently enrolled at New York Tech, which participates in the Yellow Ribbon program and Troops to Teachers; provides financial aid, prior learning credits, and exclusive events/priority registration specifically for veterans; and offers additional services through the Office of Military and Veterans Affairs. In addition, the New York Tech Student Veteran Organization provides peer-to-peer support for fellow veterans and sponsors special veteran-related events. Last week, New York Tech was recognized by the Military Times for the first time as a Best for Vets College, ranking no. 76 nationally and no. 4 in New York State among four-year colleges.