Office of Military and Veteran Affairs

New York Institute of Technology Office of Military and Veterans Affairs focuses on establishing innovative programs and services aimed to foster a culture of individual student success, inclusion, and academic achievement for all military affiliated students. 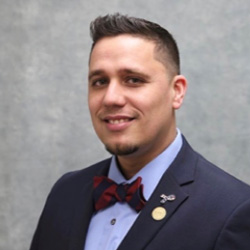 Frank Rivera served eight years in the United States Air Force as an Electrical and Environmental Systems Craftsman, earning the rank of Staff Sergeant. He achieved the status of Flying Crew Chief, affording him the opportunity to travel the world as a flight crewmember actively participating in the Global War on Terror. As a Staff Sergeant, he became the electrical and environmental systems shop lead technician, managing a shop of 28 Airmen. Upon his exit from the Air Force, Rivera earned B.A. degrees in Economics and Philosophy and Religion; and an M.S. in National Security Studies from New Jersey City University. 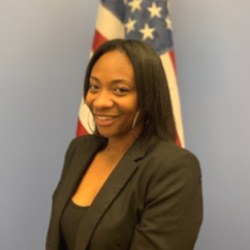 Theresa Abraham served in the United States Army for four years as an Automated Logistical Specialist. Stationed in El Paso Texas, she deployed to Qatar and Kuwait in support of the Global War on Terror. Abraham separated from the Army in 2013 and proceeded to earn an associate's degree from Queensborough College and a bachelor's in business administration from CUNY York College. Abraham's career in academia is not yet finished, as she plans to pursue a master's degree in executive communication.

The Veteran Transition Mentor program provides incoming military-affiliated students with a one-on-one support system for the first year of college, with an option to continue. Having an assigned knowledgeable and experienced VTM equips student veterans with the necessary confidence and peace of mind to navigate their transition. 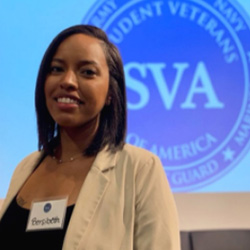 Bersibeth Pfel: Served in the United States Marine Corps as an ammunitions specialist achieving the rank of Sergeant. She is currently a thesis student working toward a bachelor's degree in architecture.

"Having witnessed the difficulties transitioning from the Corps to academia firsthand, it became clear many of the pitfalls could have been avoided with guidance. I have always been passionate about helping others; being a mentor affords me the ability to help my brothers-and- sisters-in-arms directly. My goal is to ensure mentees stay informed about the academic and resources available. I believe in leaving things better than the way I found them. Being a mentor provides that very opportunity." 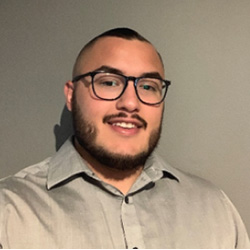 Pedro Falcon: Served in the United States Navy as a Hospital Corpsman Third Class. He is currently pursuing a bachelor's degree in molecular biology.

"Having been a mentor at Middlesex County College and witnessing firsthand the impact such a program has on its students, I jumped at this opportunity. The knowledge and experience I have concerning the transition from military to civilian life is extensive. I aspire to assist all veterans with a seamless transition from their military careers." 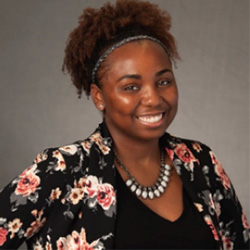 Ashley Dent: Served in the United States Air Force as an Aviation Resource Manager. She is currently pursuing a bachelor's degree in advertising and public relations.

"I love my brothers-and-sisters-in-arms and the bond that we share with each other. I want to help my peers and enable their success in college and the future. We all need to have a support system and community; I want nothing more than to be a part of this. As a transitioning veteran myself, I understand the struggles and the hardships that may occur when entering college life as an adult learner. I would like to ease this slate for the next veteran in hopes of creating an awesome narrative that will ultimately be a win for our university's Veteran community and for Veterans across the world."