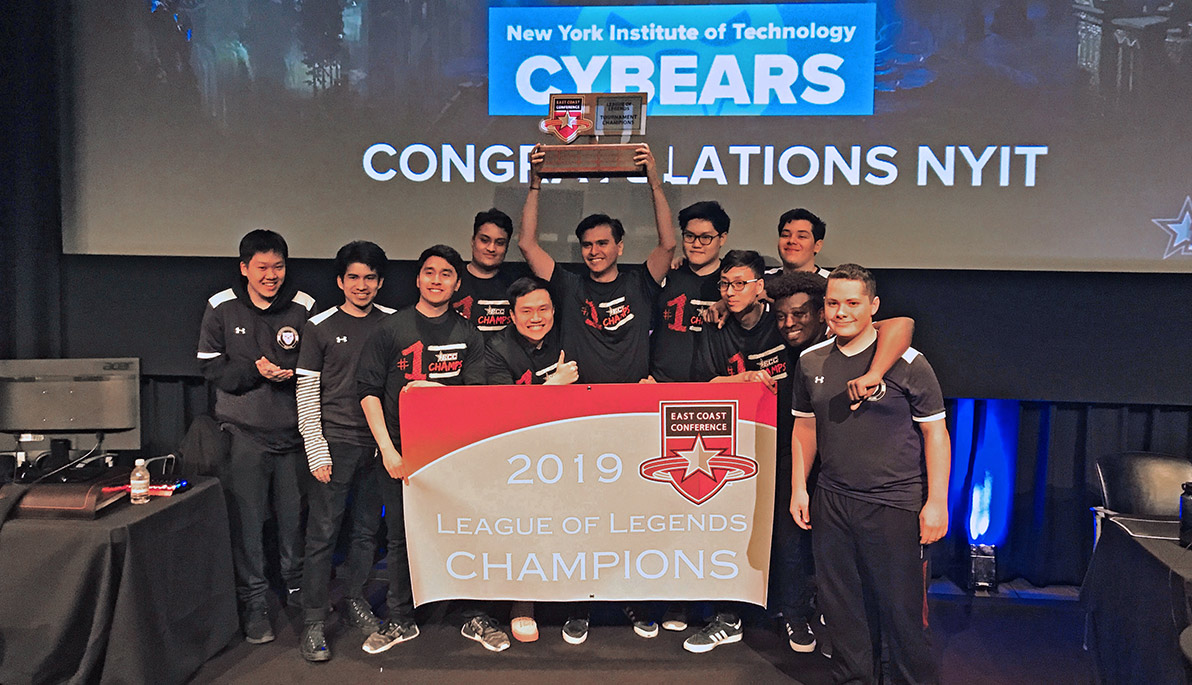 NYIT Auditorium on Broadway became the nexus for all things eSports on March 30 when it hosted the eSports symposium, Your Future in eSports, and the first-ever East Coast Conference (ECC) League of Legends Championship, in which the NYIT CyBears defeated Southern New Hampshire University. The day began with introductions by Jerry Balentine, D.O., dean of NYIT College of Osteopathic Medicine and vice president for health sciences and medical affairs, as well as NYIT President Hank Foley, Ph.D. Then a panel of professional and high school gamers, NYIT Center for eSports Medicine physicians, and industry professionals discussed personal fitness, career opportunities, and the future of eSports. 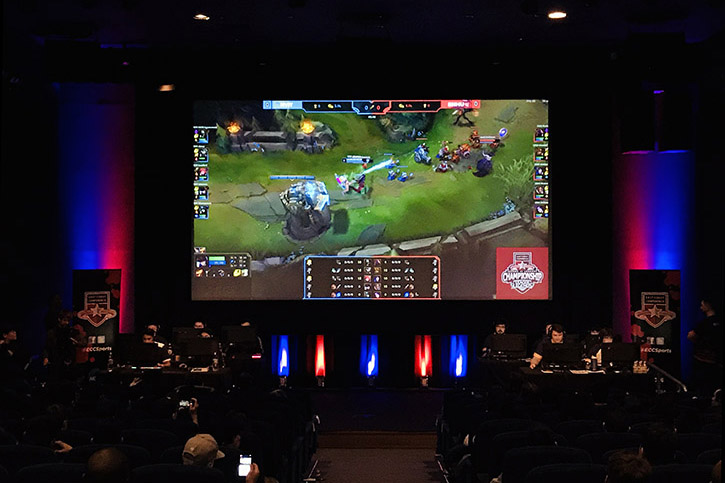 The scene at the competition.

The discussion was led by Hallie Zwibel, D.O., assistant professor and director of the NYIT Center for eSports Medicine. Panelists included:

“There have been career-ending injuries to very young people in the world of eSports,” said Karp, citing professional gamer Clinton “Fear” Loomis, who suffered a radial nerve compression injury. “We don’t have to see career-ending injuries. It’s important that up-and-coming gamers know and prepare for that.”

Physical injury isn’t the only danger when it comes to gaming. Addiction and the overall wellness of eSports gamers should be taken seriously. Austin noted the importance of healthy relationships outside gaming, time management, and a balanced lifestyle. “It’s going to continue to take a holistic approach…to really be on top of preventing addiction,” she said.

Kahl agreed, especially when it comes to competitive eSports. “During the season, I don’t play much when I’m not actually competing,” he said. “I think that evens it out for me.” 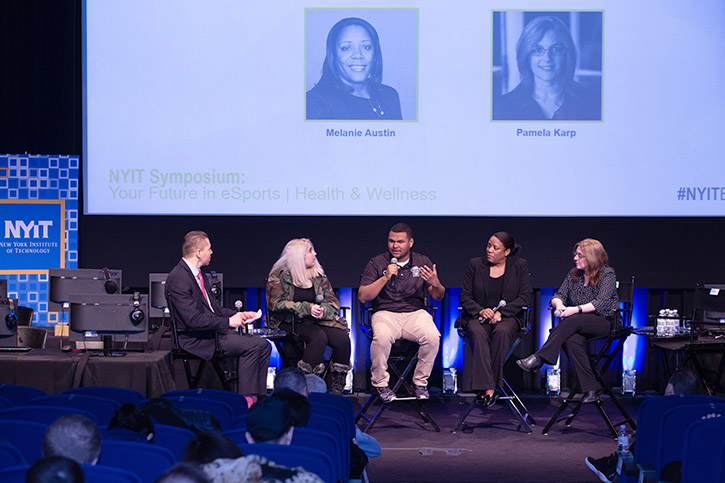 The world of eSports is mostly male-dominated, noted Zwibel, who asked Filan about her perspective as a young woman competing in this arena. Some male gamers, she replied, make fun of women who game. “You just have to look past it,” she said. “Their opinions, in reality, don’t matter.” Filan also advised players that if they enjoy gaming as their passion, they’ll find people who accept them.

“To say that gamers are only one identity is just silly,” he said, noting that the industry is bigger than the movie and music industries combined.

Levine said the industry’s goal to increase diversity and inclusion in gaming. “There are a lot of efforts to find pockets and everyone is supportive of that.” 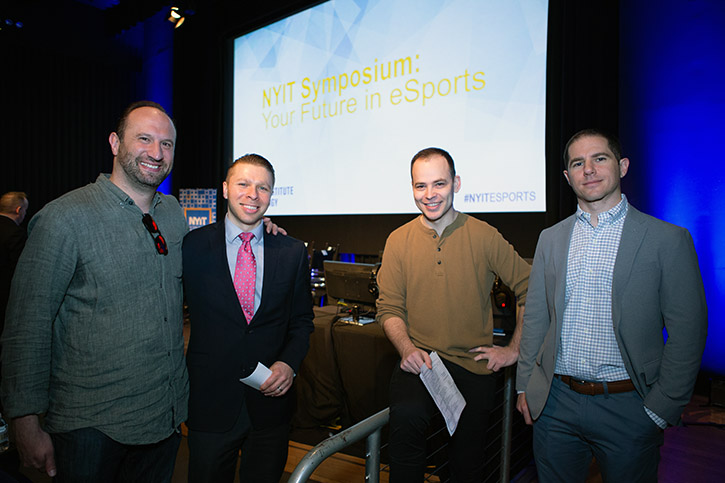 The panelists also said that a love of gaming can be fulfilled outside of play.

“There are tons of specialized jobs in eSports that really require a new approach and a young, thoughtful eye,” added Nichol. “There’s a whole world of opportunity out there for young people in college today.”

“Any job that you can imagine at a big company exists in gaming,” said Birris. “Almost any career you can imagine, you can probably tie into gaming.” The eSports industry recognizes that traditional business roles are needed to grow a multi-billion-dollar industry, he added.

Newzoo’s Global Games Market Report estimated that video game fans spent up to $138 billion on games in 2018 alone. By comparison, the global box office revenue for 2017 totaled $40.6 billion. In addition, eSports viewership is expected to reach 380 million by 2020, and this segment of the video game industry is expected to generate $1.4 billion in advertising, sponsorships, tickets, merchandising, and media rights.

“Being a pro gamer is an incredibly small and incredibly niche professional opportunity,” said Levine. “There’s such a more expansive universe beyond that.”

And this is just the beginning for eSports. The panel noted the trend toward accessibility, particularly with the rise of 5G high-speed wireless technology. “5G will just continue to power the accessibility of games,” said Levine. “It will push the immersive experience around it, [creating] richer environments, bigger screens, [and a] cooler feeling.”

A League of Legends

Following the panel discussion, it was game on. The CyBears took on Southern New Hampshire University for the first-ever ECC League of Legends Championship, pitting virtual champion against champion in a tense matchup as dozens of eSports fans cheered them on. The CyBears captured the lead early 2-0 but fell short in the third game. In the fourth game, NYIT captured the title in a hard-fought final match, winning three games in a best of five series.

“When we won game 4, I rushed out to my team to congratulate them,” said CyBears League of Legends Coach Gabriel “Gabichu” Loayza. “Seeing them execute the comps to how I said and how we planned it out from the beginning is a really great feeling.”

For more on NYIT eSports, check out the fall 2018 issue of NYIT Magazine.