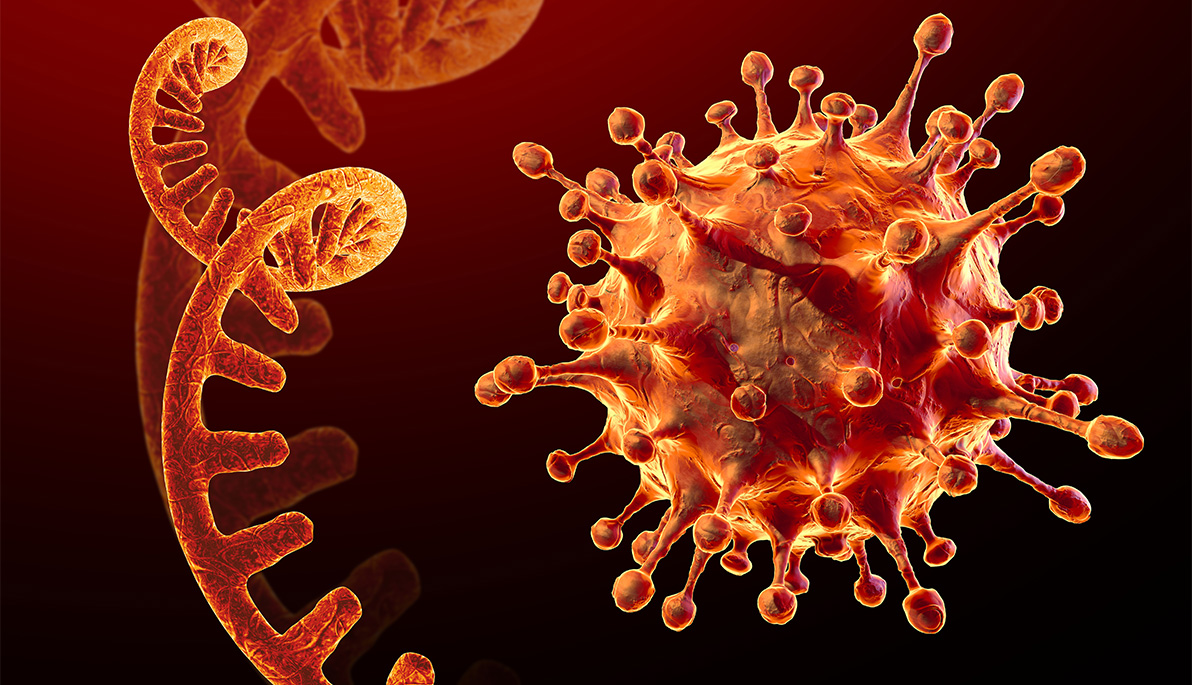 New York Institute of Technology faculty received $470,000 in research grants from the National Institutes of Health (NIH) and the National Science Foundation (NSF).

Despite that more than 170 RNA nucleotide modifications have been discovered so far, very few of them have been examined in detail because the methods currently available are limited. Typically, these RNA mapping methods are tailored only for a single type of known nucleotide modification and cannot indicate any unknown or other type of nucleotide modifications even if they co-exist in the same RNA molecule. These RNA modifications are undetectable by current high throughput sequencing technologies, which do not directly sequence RNAs themselves, but sequence their cDNAs (complementary DNA that is synthesized from the RNAs as a template) that only contain the four canonical deoxynucleotides found in a DNA molecule, adenine (A), cytosine (C), guanine (G), and thymine (T).

Zhang’s new sequencing technology would allow for the discovery of previously unknown and different modifications in one RNA molecule as well as support research on the causes and eventual treatments for diseases linked to these nucleotide modifications.

Previous studies have shown that mass spectrometry (MS)-based sequencing is feasible in direct sequencing RNA without using cDNAs. “We can now focus on further development of our technology as a general platform to sequence any nucleotide modifications, together with their RNA sequence of any type, once and for all in one single study,” said Zhang. “This information could be critical in understanding the infection cycle of SARS-CoV-2 and may potentially offer clues for understanding how SARS-CoV-2 makes people sick as well as developing effective treatments during the current pandemic or possible future reappearances.”

This study, conducted in partnership with Columbia University and Cerno Bioscience, is a continuation of Zhang’s ongoing research on the development of direct RNA sequencing previously supported by Zhang’s R21 grant. In 2017, he and Li received a $568,000 grant from the NIH’s National Human Genome Research Institute to develop RNA sequencing methods that can be used to analyze RNA modifications in human, animal, and bacterial cells.

Sophia Domokos’s three-year study will examine the inner workings of matter. There have been great strides in understanding the elementary building blocks of matter and how they behave, but there are still unanswered questions. “The elementary particles in these systems interact so forcefully and often that we simply can’t keep track of them,” said Domokos. “Sometimes a new order emerges, electrons team up to let electric currents flow indefinitely; elementary particles called quarks and gluons clump together to form protons and neutrons in atomic nuclei. How precisely elementary particles create this new order remains a mystery.”

Domokos will use holographic duality, a concept from string theory, to make progress in the understanding of fundamental physical systems like the particles inside the nucleus and the mathematics used to describe them. Her research will focus on real-world strongly coupled particles like the protons and neutrons in the atomic nucleus, which can be described mathematically as solitons (solitary waves that act like particles) in holographic duality. She will study these objects in special string theory systems called D-brane intersections, which have powerful soliton-finding machinery built-in.

“Within string theory, there are a lot of different universes that you can create using holographic duality,” she explained. “Our goal is always to create an accurate description of how particles behave, so we want to make the string theory model as close as possible to what we see in the real world. But striving for accuracy in our models—especially in the context of holographic duality—can yield frameworks that are complicated enough to be nearly intractable, leaving us to resort to approximations in order to make headway that may gloss over hints at a deeper structure.”

Domokos decided to make a big approximation from the get-go, using a simpler framework that comes with many powerful mathematical tools, with the hope that it will let her glean an underlying pattern that may be reflected—at least approximately—in the real world. “Imagine the striated pattern in the bark of a tree. We can all see that the ridges in the bark form a roughly regular pattern, but not perfectly regular,” she explains. “Still, you can probably learn a lot about how the tree works as a biological system and how it relates to its environment by making a model of the tree where the ridges are exactly parallel and spaced at even intervals. That’s the kind of approximation I’m trying to make for particles in the nucleus.”

Domokos will work with undergraduate students as well as Kevin Park, M.F.A., assistant professor of digital art and design, who will create visualizations of string theory using VR.