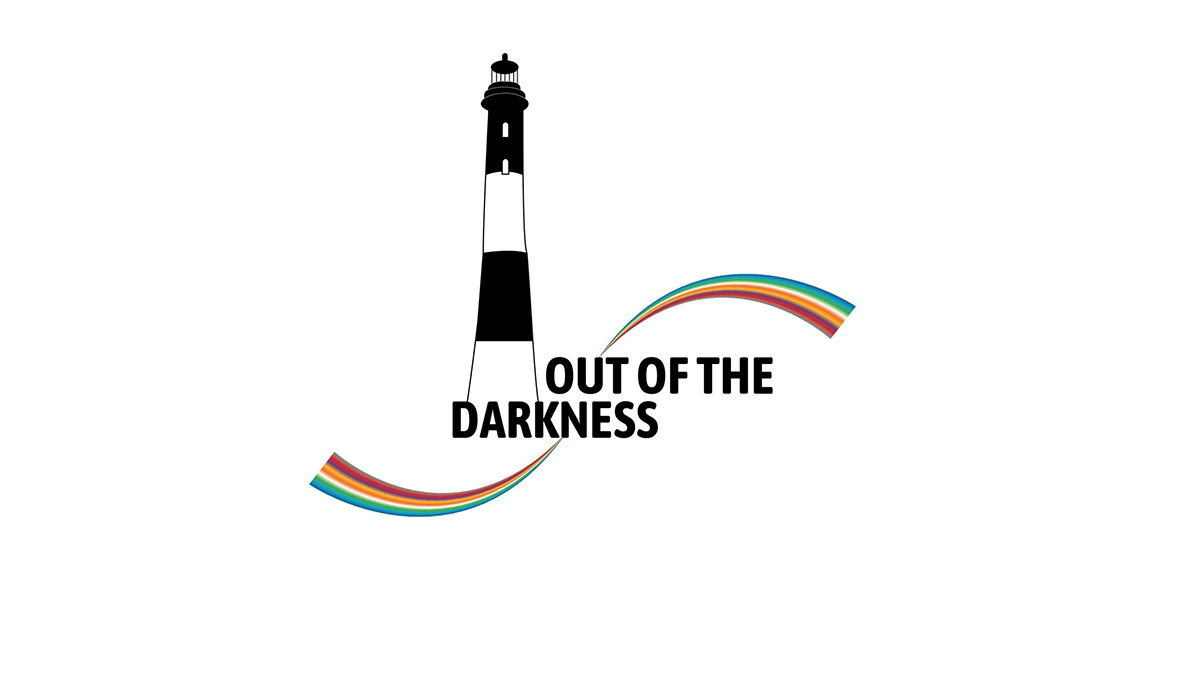 In a Centers for Disease Control and Prevention survey conducted in June, 25 percent of young adults between the ages of 18 and 24 said they considered suicide in the month prior because of the COVID-19 pandemic. The findings also report that more than 40 percent of the 5,412 people surveyed experienced a mental or behavioral health condition connected to the pandemic during the same period.

To help address a potentially worsening mental health crisis in this country, coursework conducted by NYIT College of Arts and Sciences students on behalf of the American Foundation for Suicide Prevention (AFSP) appears all the more important.

Each year, the AFSP organizes a series of Out of the Darkness community walks to raise awareness and funds to help save lives and bring hope to those affected by suicide. But that approach was not possible this year. Instead, the AFSP Long Island Chapter hosted the Long Island Out of the Darkness Experience at Jones Beach on October 25, a safe, socially distanced event to support education and outreach programs intended to reduce the annual U.S. rate of suicide by 20 percent by 2025. More than 700 Long Islanders participated in their cars, joining the thousands of people participating in virtual and drive-through events in towns across the United States to draw attention to the suicide prevention movement.

And that’s where New York Tech students enter the picture. Communication Arts offers opportunities for students to learn in the classroom and then put that learning into practice through a variety of projects and student-run enterprises that serve real-world clients. These projects include ProdCo, a student-run video production company, and the Carleton Group, a collaborative class between Communication Arts and Digital Art and Design that functions as a student-run advertising and public relations agency. AFSP’s Long Island Chapter is one of the nonprofit clients of these student organizations, which had some unique challenges to overcome this year.

“When the opportunity to work with New York Tech students was presented to us, I don’t think we realized how much of a role the students would actually play in creating the event. But as our plans for the drive-in movie progressed, the importance of the logo, the social media campaign promoting the event, and the video being created, became clear,” said Ann Morrison, Long Island area director for AFSP. “The video produced WAS the event. A tall order for any video and an even bigger challenge with very tight timeframes. The results achieved by the students at ProdCo and the Carleton Group agency workshop were more than we could have asked for and incredibly impressive.”

This year’s AFSP “experience” consisted of a 30-minute video featuring testimonials and stories from those who have lost loved ones from suicide shown on a huge screen set up at Jones Beach’s Field 5. Students in the ProdCo class produced the entire event video program in only seven weeks; the Carleton Group students developed extensive social media campaigns to promote the event and attract participants, and also designed and developed a unique event logo.

“At New York Tech, we talk about our professional orientation and about being the home of doers and makers. I can't imagine a group of students that better exemplifies this than those from the Carleton Group and ProdCo. And the fact that they did such professional work for such a good cause makes it even more powerful,” said Professor John Hanc, M.A., an advisor to the Carleton Group agency workshop.

“Working with Ann and the American Foundation for Suicide Prevention was great, and I am honored that we got the opportunity to make such an important and timely video for one of their big events,” said Carbone, a Class of 2021 communication arts major. “The short turnaround was stressful, but the final product was one we are all so proud of. I am so glad that we had the chance to do this, and consider myself lucky to have been even a small part of something so important.”

In the Carleton Group, graduate student Shivane Chandool served as the account executive for the AFSP project; Evelyn Levine was social media coordinator, and other team members include Alix Fleisig and Eufenie Cham. “It was an honor to have the opportunity to work with such a caring and well-run organization,” said Levine, who is pursuing a master’s degree in communication arts. “The experience of working alongside such helpful and hardworking peers made it even more enjoyable and rewarding. I’m proud of the work we did, and now feel I have a better sense of what it’s like to work in a professional agency.”

Said Kiriazis, a Class of 2021 digital art and design major, “As a senior, having a chance to work with real clients is something super important and eye-opening. I was able to take a leadership role and work with my peers in a professional environment that would prepare me for the future. Working with AFSP was excellent; the organization does so much for an important cause. Ann was willing to work with us amongst all the other chaos and allow us to create an amazing event.”