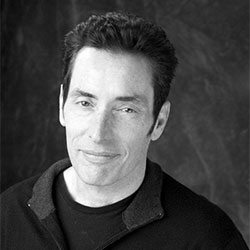 John Hanc is a long-time contributing writer to Newsday as well as The New York Times and  Smithsonian magazine’s website. He is also a contributing editor to Runner’s World magazine. Hanc is the author/co-author of 14 books, including his award-winning memoir on running the 2005 Antarctica Marathon, The Coolest Race on Earth, and an acclaimed local history on a popular Long Island landmark, Jones Beach: An Illustrated History. He is also a partner in a writing and communications consulting firm for physicians and healthcare professionals, BrandMDs.

As an educator, Hanc is a faculty advisor to one of New York Tech’s student run publications, The Campus Slate, and the Carleton Group, New York Tech’s student-run advertising and PR agency. He is also a member of the Association for Education in Journalism and Mass Communication and the American Society of Journalists and Authors.

A competitive runner, Hanc finished his 29th marathon in October 2016, in Washington, D.C.