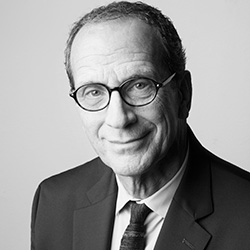 An independent video and filmmaker since 1978, Don continues to pursue his stated goal of balancing "teacher, artist, and professional." A Yale University graduate (B.A. Sociology) with an M.A. in Communication Arts and an M.S. in Counseling, he has written, produced, directed and edited a wide variety of productions including film and television drama, documentaries, talk shows, music videos, commercial, promotional and educational programs. Early highlights include Risk, an AIDS awareness film targeting teenagers; LIRR: A Reflection, an award-winning documentary film chronicling the 150-year history of the railroad line; All About Telstar, an independent film set in Texas on the eve of JFK's assassination and Turn It Around, a film-to-tape drug prevention music video featuring Hall of Famer Dave Winfield.

In the early 90s, Don presented numerous productions on the American Movie Classics Network, writing, producing and directing such award-winning programs as Orphan Films, a plea to support the preservation of motion pictures in the public domain, The Shots Seen 'Round the World, a critically acclaimed documentary series celebrating the most famous scenes in movie history, and many special host commentary segments including those featuring Shirley MacLaine, Lauren Bacall, Kirsten Dunst, Liza Minelli and Rita Moreno.

In 1997, Don joined Emmy-winning producer Lewis Bogach to form Surreal Life Productions and they produced and directed an inside look at the creative process behind the making of Robert Duvall's The Apostle. Later that year, they produced, directed and edited the award-winning film entitled Songs in Shadow: The Making of Carly Simon/Film Noir.

In 1998, American Movie Classics premiered SLPTV's critically acclaimed one-hour documentary, The Sun, The Moon and The Stars, which explores mankind's connection to the mystery of the universe. TV critic Tom Shales wrote in his Washington Post review, "Bogach and Fizzinoglia really know their stuff … It stirs the emotions and provokes the mind using the techniques of filmmaking … Some of the juxtapositions achieved through editing are clever and sly and really do get to your brain in a way that only moving pictures can … Unforgettable … a heavenly hour."

In 1999, SLPTV premiered CENSORED, a provocative one-hour documentary that looks at the cultural effect of film censorship in America from 1896 to 1922. Narrated by Oliver Stone and William Baldwin, critics called it, " … brilliantly executed … entertaining and relevant television … hip … blistering … a tour de force … a breathtaking departure from the usual slow-moving bland documentaries."

In March 2000, they completed another award-winning primetime documentary, BLOCKED: The Novelist's Experience in Hollywood, hosted by Carrie Fisher. Critics described it as "fascinating" and "enlightening."