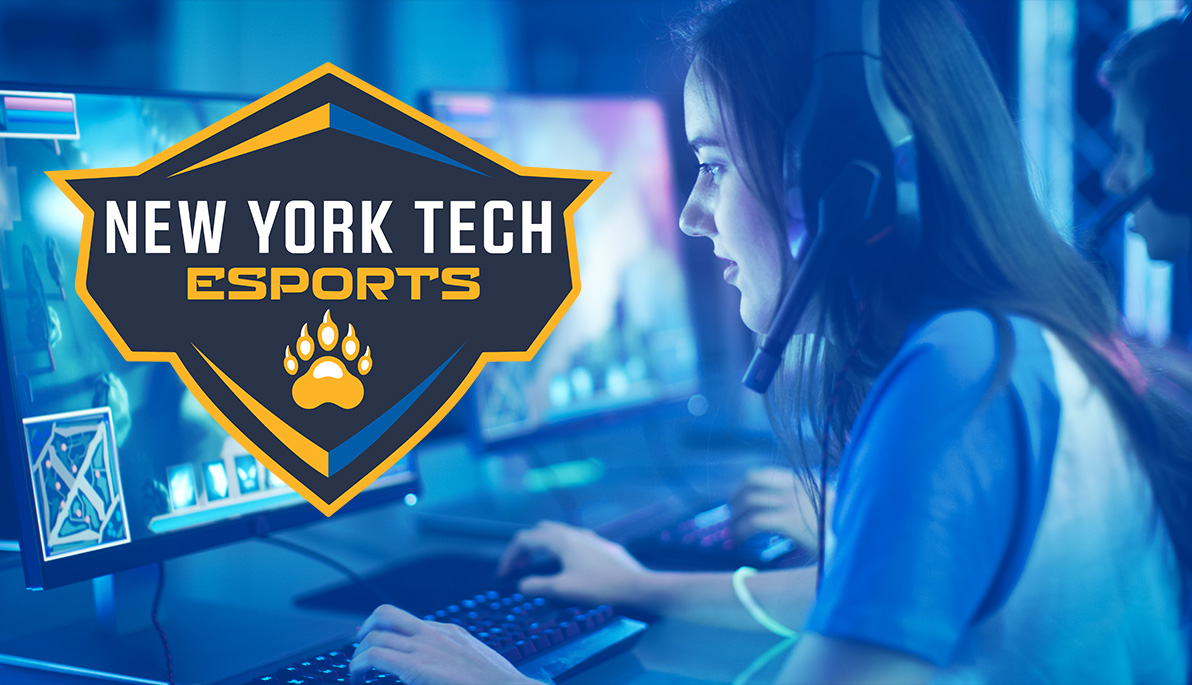 From June 23 through 25, New York Tech held its first virtual esports camp for current and prospective students. Attendees learned about the business and competitive sides of the esports industry, as well as New York Tech’s esports program during the three-day event.

The first two days, attendees participated in presentations and conversations from internal and external esports experts, followed by an online Overwatch tournament on day three.

Aron Moore, director of academic and business esports development, kicked off the camp with an introduction to the New York Tech esports program. He spoke about the university’s Center for Esports Medicine and the recent successes of the school’s team, the Cybears.

Attendees also heard from guest speaker Halina Malik, director of content at eFuse, who spoke about her career in esports—from a professional Call of Duty gamer to content lead for the Cleveland Cavaliers to her current role at eFuse. Malik offered her professional advice on what makes an esports athlete and how to transition from competitive gaming to the business side of the industry.

Hallie Zwibel, D.O., M.P.H., assistant dean of clinical operations at the College of Osteopathic Medicine, closed the first day with an insightful talk on the importance of health and wellness for esports athletes. He stressed how crucial it is to look after one’s body and mind to optimize performance and drew parallels with the world of traditional sports.

On the second day, attendees heard from Brooklyn Nets esports Head Coach and General Manager Ivan Curtiss, also known as OG King Curt. Curtiss spoke about his journey from the U.S. Navy, where he first began playing video games at sea to his current role leading the Nets’ NBA 2K League team, Nets Gaming Crew. He also spoke about his journey to becoming an esports entrepreneur. In addition to his full-time job, Curtiss produces a podcast, started a fashion label, and co-founded the MyPlayer Basketball Association (MPBA) for amateur NBA 2K players.

The final presentation came from Moore, who spoke about his experiences on the commercial business side of esports and traditional sports, including roles with the English Premier League’s Tottenham Hotspur and Manchester City as well as the NBA.

Following the success of the inaugural event, there are plans for future esports camps on-campus and virtually.