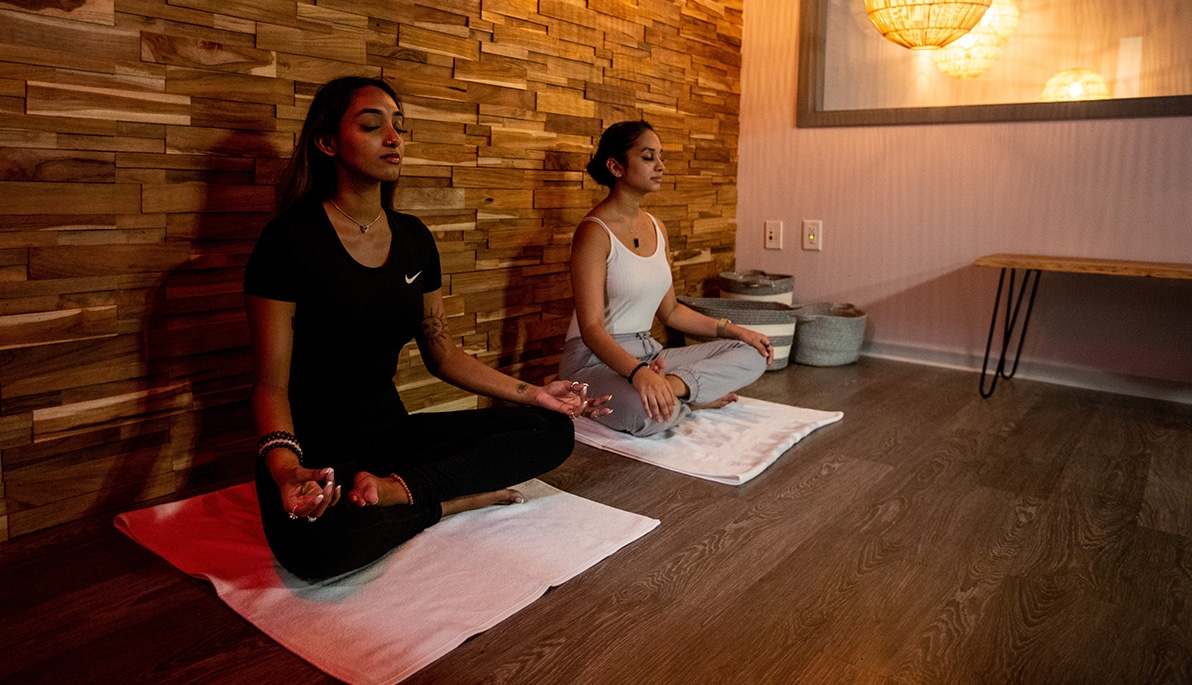 On March 10, the New York Tech community celebrated the official opening of the interfaith spaces on the Long Island and New York City campuses.

The interfaith spaces were created for reflection, meditation, and prayer to ensure all New York Tech community members would feel invited and welcome. The rooms on each campus feature soft lighting and larger spaces that offer a location for daily prayer or simply a quiet space to sit in between classes. The space in New York City is located on the lower floor of 26 W. 61st Street and in Long Island, it is located in room 207 in Harry Schure Hall.

After welcoming everyone to the New York City event, Blake reminded the group that while there was already a dedicated room for reflection, meditation, and prayer on this campus, there was a need for improvement and enhancements to ensure all New York Tech community members would feel welcome and invited. She thanked President Foley for his support of creating inclusive environments at New York Tech as well as Vice President and Chief Architect Suzanne Musho and her team in the Office of Real Estate Development and Sustainable Capital for identifying and renovating the spaces on both campuses. 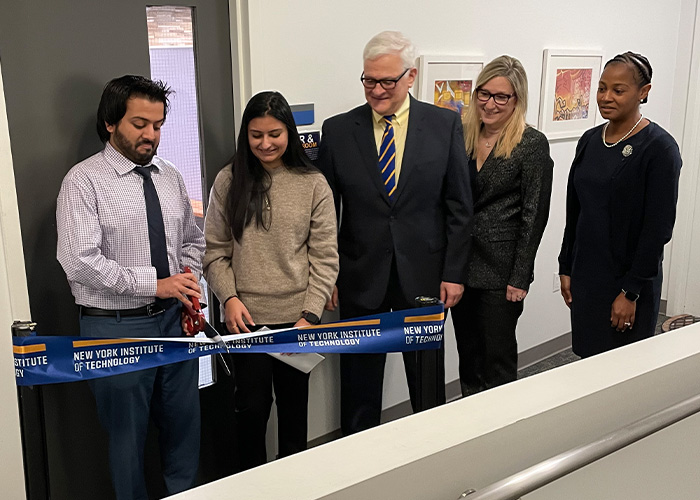 “While we are a secular institution, we have students of many faith traditions who clearly embrace spirituality of many different kinds,” said President Foley. “I think it speaks volumes about our students that they so highly prioritized these special spaces as a part of their lives. They put that on the top of the list of the things they wanted us to do for them.”

After pointing out the diversity of her own organization, which recognizes South Asian religion and cultures and worldwide customs, Zoya Haq, president of the South Asian Student Association, praised these new rooms for “allowing students of all backgrounds to grow spiritually and stay connected with themselves during these times of uncertainty.”

Mohammed Tariq Jamal (B.S. ’18), president of the Graduate Student Association on the New York City campus, noted the large population of international students at New York Tech, representing multiple faiths and backgrounds, who will now be able to use the new space as a “place to practice their respective faiths, meditate, and reflect.” He then thanked all the people who’d made this new space possible, adding, “It’s a room of many representations of the diversity, equity, and inclusion that New York Tech is known for.”

On Long Island, Henao welcomed students, faculty, and staff to the event. “New York Tech is committed to creating an inclusive and safe environment for all races, cultures, ethnicities, beliefs, and religious groups, to name a few identities. It is with this goal in mind that the interfaith spaces were created,” he said. 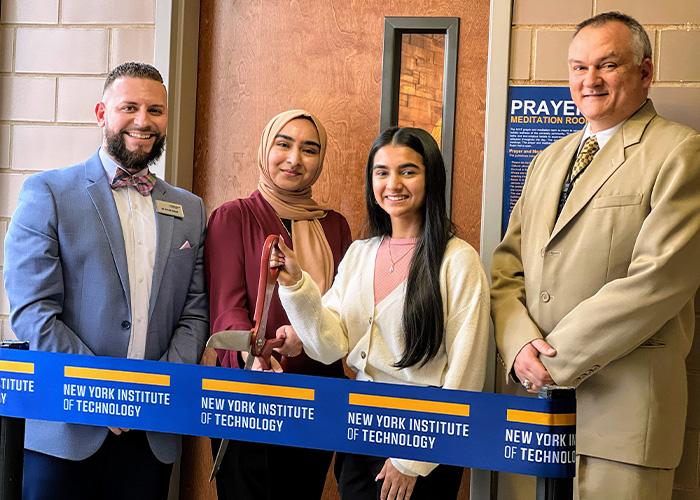 Sarah Iqbal, president of the Muslim Student Association, also offered remarks and thanked the university for providing a place where students of the Muslim faith can perform their daily prayers. “By creating this area, it allows students to feel like our voices are truly being heard,” said Iqbal. “This is definitely an important goal towards diversity, inclusion, and belonging.”

“I am honored to be part of this journey of creating a safe space where students can have a quiet time of reflection during their busy and stressful days,” added Anoushka Guha, president of the Student Government Association on the Long Island campus. “I cannot wait to use this space. And I encourage all students to take the time they need to meditate, pray, or sit in silence.”