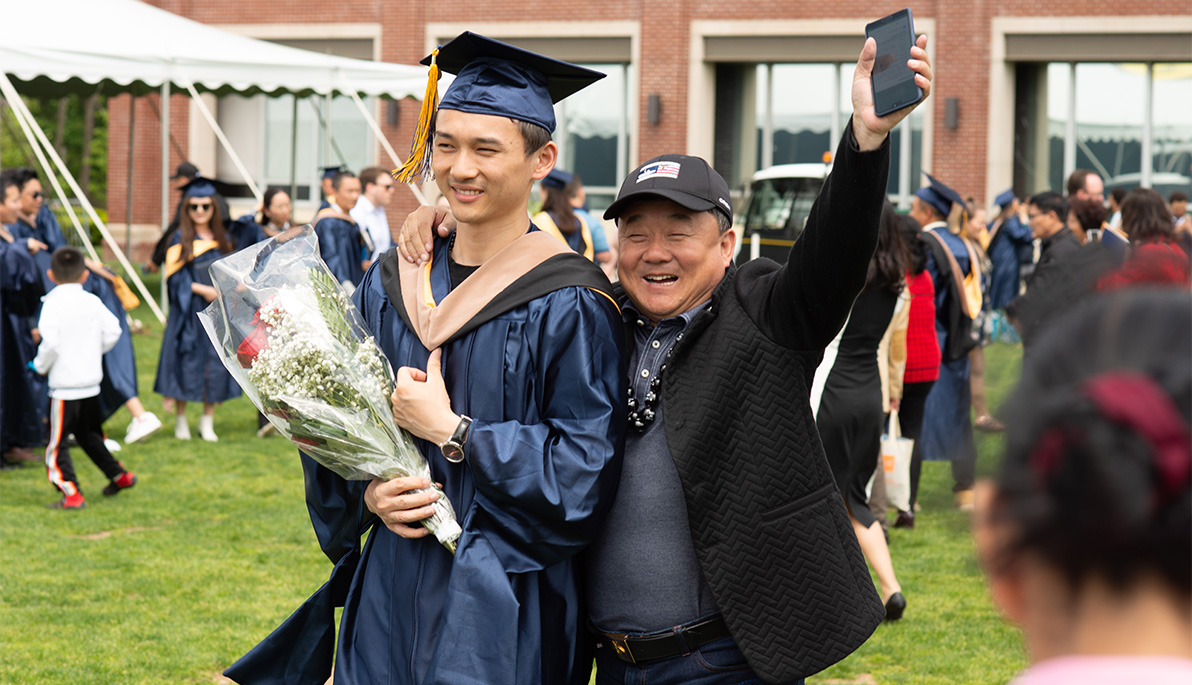 Blake started the conversation by sharing her own experience as a first-generation student. Highlighting the struggles and difficulties she went through, she opened the floor for an honest discussion among the panelists. She also emphasized the satisfaction and pride that comes with being the first person in one’s family to work towards a college degree.

Many of the panelists’ hardships as a first-generation student were mutual. The majority of their challenges dealt with acclimating to college schedules and workloads, as well as introducing the college student lifestyle to their families. The perception of college can vary from country to country, and panelists pointed out that introducing the American college experience to international families can be especially challenging. Panelist Jayaraj said that “the best way to take care of your family is to take care of yourself first.”

Support from family, friends, and professors is critical to any student’s success. It is especially vital for the first-generation student whose family may not be familiar or know what to expect of the college experience. Blake provided information about the support systems and resources available to students at New York Tech to make their transition to college easier, including tutoring, mentoring with experienced students, and a web page with a variety of helpful links specifically designed for first-generation students.

This event is part of the Office of Student Life’s Diversity, Equity, and Inclusion Series in collaboration with Career Services. It is featured in the New York Tech Votes initiative and is part of our mission to build a civically engaged campus community.