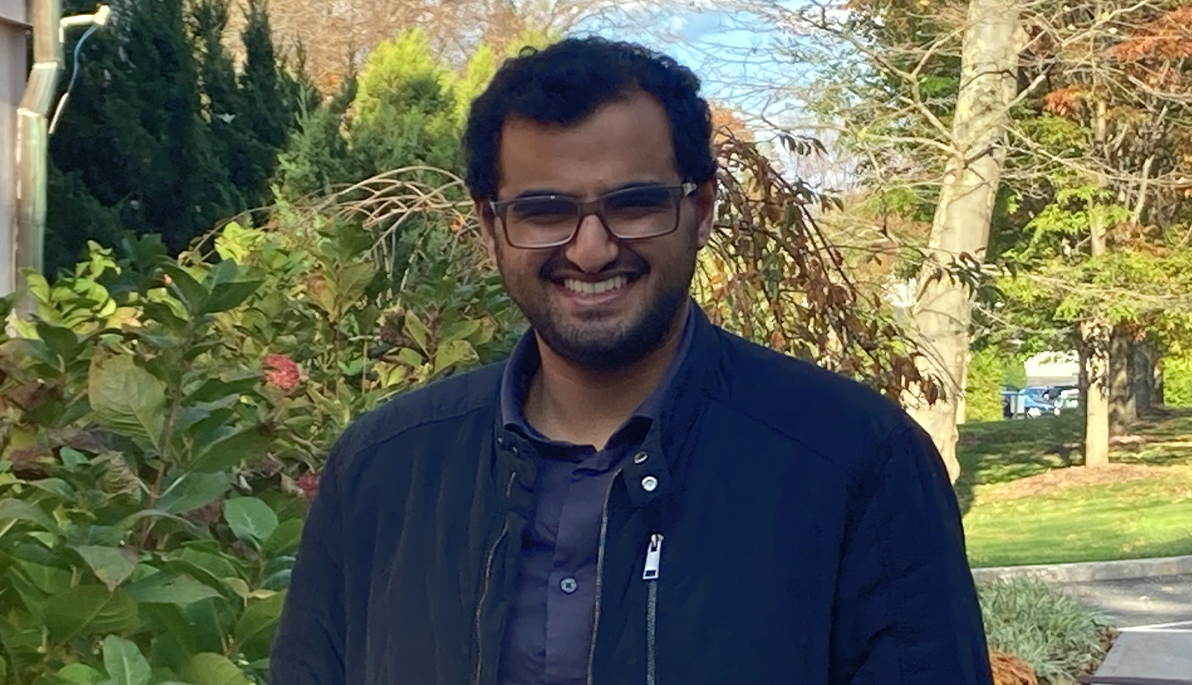 In March 2018, Abdulhadi Badran won a scholarship from the government of Saudi Arabia, where he is originally from, to study in the United States. After completing a 16-month English language program in Texas, he began looking at universities in the New York metropolitan area that offered strong bioengineering programs. Badran wanted to work on 3-D bioprinting of human organs, and the College of Osteopathic Medicine (NYITCOM) offered the right resources for this type of work, which is why he chose New York Tech.

He enrolled in 2019, and in the second week of his first semester, he began working in the lab of Assistant Professor of Electrical and Computer Engineering Azhar Ilyas, Ph.D., working on research to 3-D print a functioning human kidney. Their work uses stem cells and focuses on, among other things, directing cell differentiation to create kidneys, which may be useful for kidney transplants.

After settling in at New York Tech, he found even more to love: his friendships, the community, the faculty, and New York City.

In September 2021, he became a student ambassador. “I was looking for a position on campus, and I found a few that I really liked, one of which was the student ambassador position,” he says. “I felt that I knew a lot about New York Tech and wanted to help others to see the school the way I see it.”

The following September, he became a student ambassador coordinator. In this role, Badran manages the student ambassador team, including assigning them to work events, tours, projects, and office work. He also still gives tours and says he enjoys meeting with families and talking to them about New York Tech and what it has to offer.

Badran is also grateful for the faculty. “I consider myself lucky to have great relationships with New York Tech faculty and staff,” he says. “Since I started here, I have had really good relationships with my professors, which has had a great impact on me, my studies, and my research.”

After graduation, Badran plans to go to graduate school. “I want to get a master’s in either bioengineering or engineering management,” he says and hopes to continue his studies at New York Tech.

His advice to New York Tech students, present and future, is to choose an area of study they love. He also encourages students to develop good relationships with faculty and staff because in his own words, “New York Tech is a school where students are taken care of.”