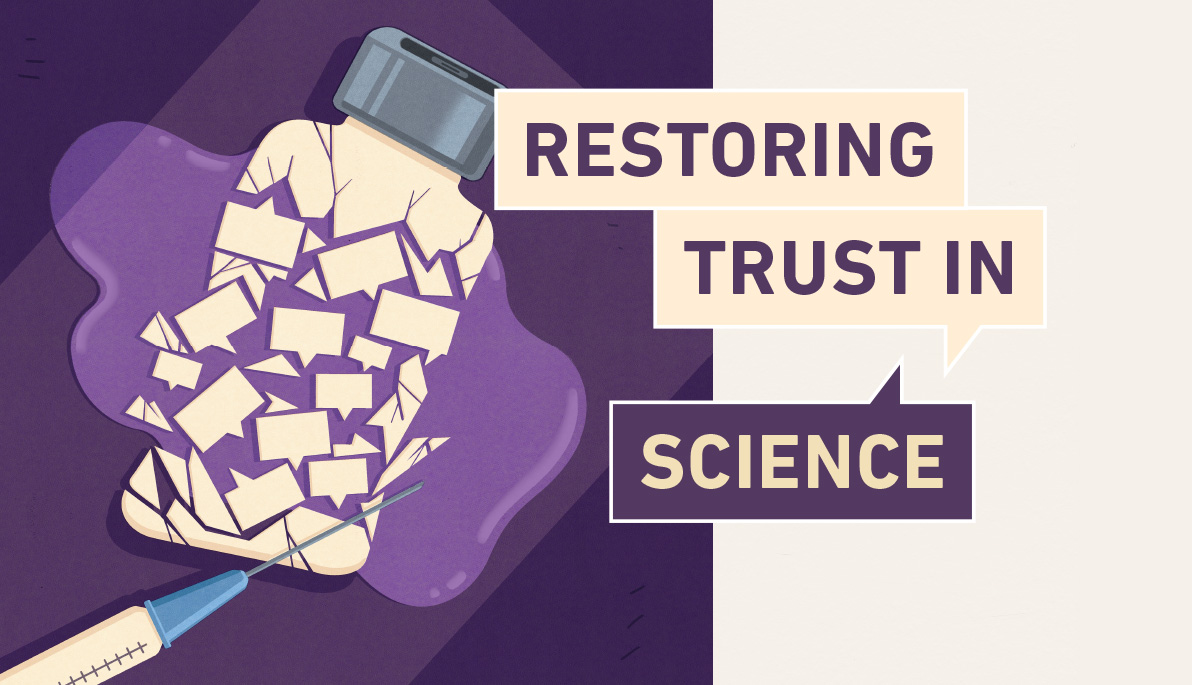 How is it that we embrace some conclusions science offers but not others? The polio vaccine developed in the 1960s largely eradicated the disease, but today many hesitate to accept COVID-19 vaccines. Scientists have been studying the environment and the impact of human’s activities for years, yet climate change remains controversial.

Should We Trust in Science?

“We should trust in the process of science,” notes Navin Pokala, Ph.D., assistant professor of biological and chemical sciences. Science, by its very definition, is built upon evidence. Because of this, Pokala explains, science is self-correcting. “Science is a very adversarial and competitive field. Every theory put forth is subject to intense scrutiny and competition. For theories to survive, they must be repeatable and backed up with evidence.”

If scientific theories only become fact when supported by evidence, why are so many people questioning that data?

“The contributing factors to the lack of trust in science, and data in general, can be attributed to the confrontation between politics and science, the compartmentalization of news and information sources, a lack of objectivity and critical thinking,” says Babak Beheshti, Ph.D., dean of the College of Engineering and Computing Sciences.

When political leaders openly deny scientific findings, an erosion of public trust in science and data-driven conclusions occur, notes Beheshti. “Leading examples include the political divide on global warming, efficacy, and reliability of non-fossil fuel energy technologies (such as wind and solar), and COVID-19’s impact on public health.”

A 2019 Pew research study found that public confidence in scientists and how the public views the value and objectivity of scientists is divided along party lines.

In addition, the trend to source news information online, particularly with social media platforms, is triggering wide distribution of disinformation and causing negative psychological impacts for users, according to Melissa Huey, Ph.D., assistant professor of behavioral sciences. She is studying how the Internet, particularly social media, impacts the development of young adults. 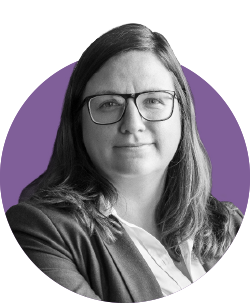 The lack of data and the prevalence of presenting one side of issues enables everyone to create their own reality.

“Surveys of my students reveal they are sourcing news primarily from Twitter and YouTube, leading to an increase in anxiety surrounding COVID-19 but not an increase in knowledge about the virus. More time spent online, reading and listening to non-vetted news sources, are resulting in emotional and peripheral processing of information, leading to emotional and opinion-based reactions,” Huey says. “The lack of data and the prevalence of presenting one side of issues enables everyone to create their own reality.”

According to a 2020 Pew study, 42 percent of Americans aged 18 to 29 source their news information from social media. Huey points out that “there is a detrimental physiological and psychological component, increased depression and decreased self-esteem, with extensive use of social media. Interestingly, extended use of these platforms mirrors an addiction due to a release of dopamine.”

The vast amount of information available in today’s technology age is circumventing the role of journalists, who traditionally are accountable and responsible for verifying information relayed to the public. “Everyone now has a wide-reaching platform to express their views. This democratization of information flow has many positive outcomes but also results in a two-pronged problem,” states Beheshti. “There is an absence of accountability for distributing falsehoods, and individuals subscribe to information that aligns with their personal views, reinforcing almost a complete absence of exposure to opposite points of view.”

During the 2009 H1N1 swine flu pandemic, when social media was in its infancy, public health information was disseminated primarily on radio, television, and in print by physicians and elected officials, notes Humayun Chaudhry (D.O. ’91), who was serving as health commissioner of New York’s Suffolk County at the time. “Social media, while helpful at times, has also been the source of significant misinformation and disinformation related to COVID-19. Misinformation spreads quickly, competing against and sometimes drowning out the information shared by physicians and scientists,” Chaudhry says.

Some of the lack of trust lies in individuals wanting absolute, black-and-white answers. Due to the scope and severity of COVID-19, scientists have an obligation to put forth current theories about protection and prevention, which will change over time. “Guidance changes as we learn. This is normal in public health,” says Chaudhry, currently CEO of the Federation of State Medical Boards (FSMB). Because the COVID-19 infections had never been seen before, everyone was learning on the fly and very quickly. Typically, in science and medicine, changes in guidance happen at a slower pace with less dire circumstances, notes Chaudhry.

Not surprisingly, when scientific views on a subject do not seem to reveal identical conclusions, and government and community leaders express opposing views on the subject, the theory is often dismissed and data ignored. Climate change is one such subject that is often misunderstood and disbelieved.

Although science supports the fact that our climate is warming, people are skeptical, says Cecilia Dong, Ph.D., associate professor of electrical and computer engineering. Dong’s research on the interactions between food, energy, and water brings forth these issues’ interconnectedness, but this complexity makes the information challenging to digest. “Further exacerbated by climate change, the issues of water contamination and scarcity, soil degradation, and the lack of transparency in our food systems foreshadow a problem with producing sufficient food for a growing world population and an impeding security issue associated with competing for limited natural resources,” she says. 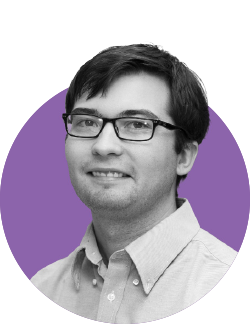 The role of an architect is largely to put together puzzles. I look for ways to graphically represent problems and solve them through design.

Unless people experience impacts of climate change personally, such as higher energy and insurance bills and food insecurity, they tend to ignore the science, notes Dong. Living through Hurricane Sandy forever changed architect Daniel Horn, AIA (B. Arch. ’13). Committed to bringing environmental awareness to the building sector that can overcome the impacts of climate change, Horn and his partner began Operation Resilient Living and Innovation (ORLI+), a resilient architecture design consultancy based in New York City that works at the intersection of community empowerment, advocacy, and resilience. They also focus on community-building workshops, helping professionals connect with and learn about the community’s priorities. “The role of an architect is largely to put together puzzles. I look for ways to graphically represent problems and solve them through design. My goal is to create an architectural firm that has climate adaptability as the overarching influence in our design and planning services,” Horn says.

The challenge of every scientist and scientifically proven theory is to present information that garners understanding and action.

Horn’s experience assessing damage to homes impacted by Hurricane Sandy proves that language matters. “FEMA [Federal Emergency Management Agency] and insurance companies use terms like ‘one in 100-year flood’ giving individuals a false sense of security that they will not be subject to a similar weather-related event in the future.” Horn and Dong agree that data does not adequately represent the impacts of climate change. Hence, the way information is presented needs to change.

“Visual presentation and storytelling enable facts to become personal, which are more likely to empower action,” says Horn. Chaudhry concurs, saying, “The correct balance between alarm and apathy is critical in conveying information to the public.” 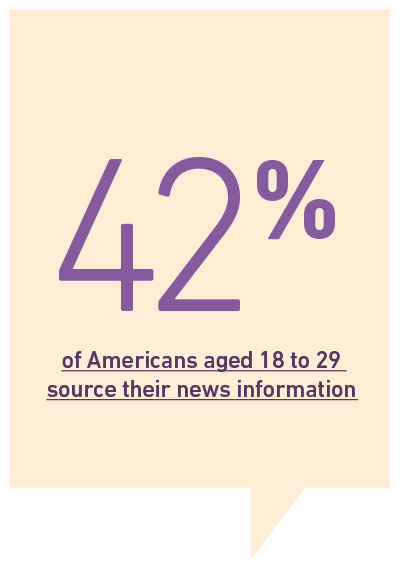 According to a 2020 Pew study, 42 percent of Americans aged 18 to 29 source their news information from social media.

How do we overcome political polarization, cultural biases, the tendency to believe news and information from questionable sources? Education is a large part of the answer.

Everyone who holds a health-related degree has a responsibility as a representative for the entire medical community, Chaudhry believes. This responsibility includes staying up-to-date on the latest information and practicing evidence-based medicine. The FSMB supports America’s state medical boards in licensing, disciplining, and regulating licensed healthcare professionals with the goal of keeping patients safe. “The state medical boards worked with the FSMB to take a firm stance during the pandemic to ensure every licensed medical professional follows current health guidelines to ensure public safety.”

In addition to reliable medical professionals, we need to teach people how to have conversations and to discern fact from fiction, says Huey. Without facts, all discussions become emotionally based and personal, which supports division. Educating individuals on the fundamental process of how research is conducted make them aware of the difference between opinions.

In November 2020, Nada Anid, Ph.D., vice president of strategic communications and external affairs, chaired AIChE’s Public Affairs and Information Committee (PAIC) Town Hall meeting where the importance of data and facts sharing to gain public trust was discussed. She spoke with Allesandro Vespignani, Sternberg Family distinguished university professor of physics, computer science and health sciences at Northeastern University, who noted, “It’s extremely important that policymakers really have a consistent and coherent message for the public. We should all have data and numerical literacy so that the public can acquire the information and make the best judgment based on that…It doesn’t mean everyone has to be a scientist, [but the public needs] to have the best capacity to read the world around us.”

Distinguishing Between Opinion and Fact

“There is a clear distinction in science between conjecture and conclusion. Any scientific conclusion must be based on experimental or analytical proof,” says Beheshti. “Science by definition is objective, therefore far less susceptible to cultural nuances and interpretation. A capable individual can manipulate data and research to arrive at a desired conclusion. The more we build checks and balances in the scientific and research community to safeguard against such misconduct, the more we will build trust between the public and science.”

Pokala, Dong, and Huey emphasize critical thinking skills in their curriculum, creating lessons that highlight the history behind scientific conclusions and teach how to interpret data. Classroom opportunities exist to design experiments, allowing students to produce explanations that prove or disprove theories. 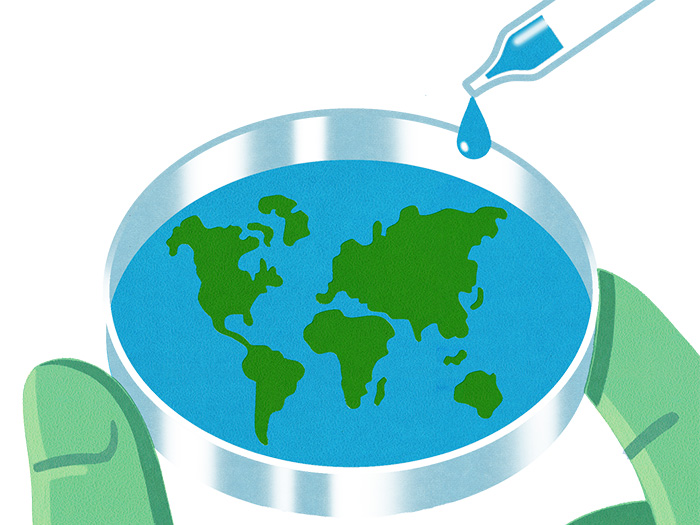 “Basic knowledge gives you an available box of tools, but critical thinking skills enable you to approach and solve any problem in your career and life. Students will forget the details of genetics and biochemistry lessons. Teaching them the mechanics of how to approach and solve a problem is a skill they will use forever,” believes Pokala.

The Role of STEM and Higher Education

Science has brought us into the 21st century with incredible advancements in energy, communication, technology, and health. Built into the scientific process are checks and balances that ensure the final results are trustworthy.

“The very essential principle of reliance on truth is the foundation of all science, technology, engineering, and mathematics (STEM) disciplines. STEM education can indoctrinate this inherent commitment to truth in the minds of the next generation,” notes Beheshti.

The barrage of available information will no doubt continue and intensify, and individuals can easily sink into an Internet swirling with opinions and facts. The physiological and psychological impacts of social media and the Internet predispose us to bias and polarization, altering reality to a one-sided view of issues and the world. Teaching critical thinking skills and exposing everyone to a transparent, repeatable scientific process are ways educators can support and help individuals rise above the torrent of conflicting information to separate falsehoods, conjecture, and opinion from the truth and restore the public’s trust in science.