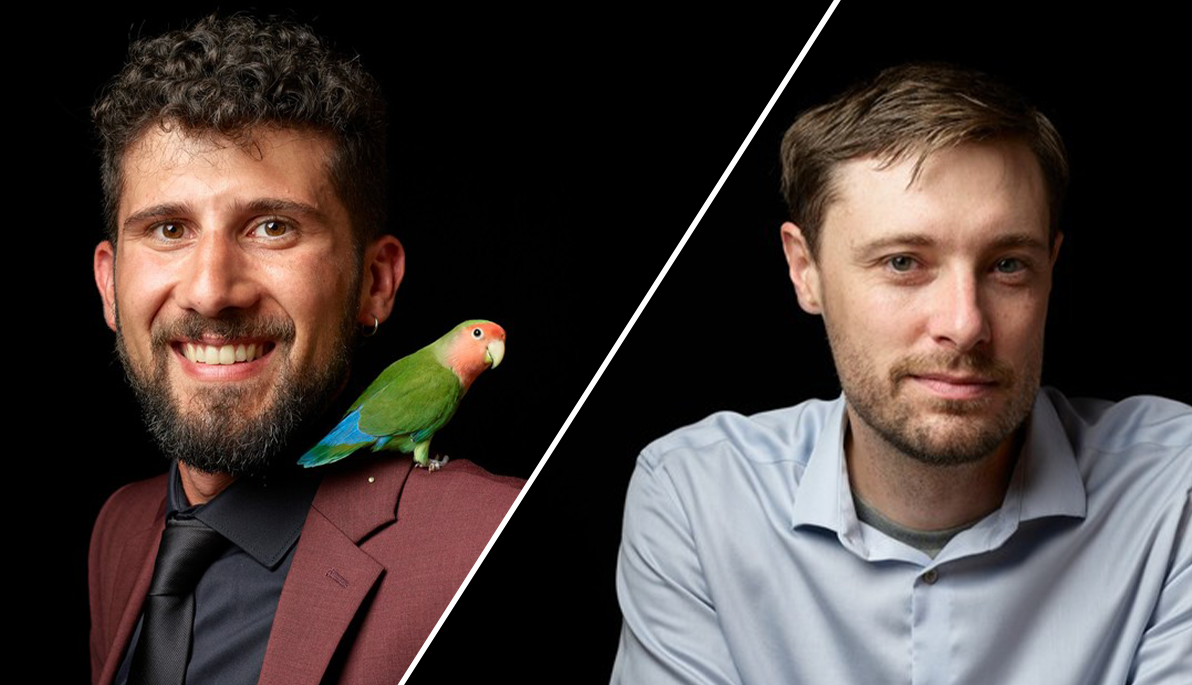 Two faculty researchers from the College of Osteopathic Medicine’s (NYITCOM) Department of Anatomy have been awarded grants from the Leakey Foundation, a non-profit organization that exclusively funds research related to human origins.

Assistant Professor of Anatomy Michael Granatosky, Ph.D., and Associate Professor of Anatomy Nathan Thompson, Ph.D., have each received grants to complete new studies that will explore early primate origins and human bipedalism (the ability to walk on two feet), respectively.

“What’s exciting about the two grants we received is that they focus on two very separate aspects of human evolution,” says Granatosky, who also noted that it’s uncommon for a university’s department to receive two Leakey Foundation grants at one time.

Granatosky’s research project aims to provide a comprehensive evaluation of primate grasping by examining the bodily determinants and environmental conditions that can impact grasping performance. In addition to other variables, the study will analyze how grip force varies between different species, accounting for a variety of factors, including body size and ecology, and determine correlations between grip strength and muscle composition.

The research team will also develop an interactive grip strength activity for K-12 grade students, which will help to educate children about the origins of human biomechanics while collecting novel data on human development and gripping performance. Other researchers include D.O./Ph.D. student Melody Young and Postdoctoral Fellow Edwin Dickinson.

Thompson’s research project will explore certain aspects of human bipedalism, focusing on pelvic rotations and gait. With each step, primates tend to move with pronounced pelvic rotations, which helps to increase their stride length. However, modern humans walk and run using uniquely small pelvic rotations, as detailed in Thompson’s previous research. In adopting this unique movement, humans, and presumably other early hominins (extinct human species and immediate ancestors), have abandoned the ‘pelvic step.’ Thompson aims to discover why.

“The project will look at a few aspects of human walking and running that don’t seem to make sense in terms of general ideas of human evolution,” he says. “I aim to investigate if these ‘bad’ strategies are actually a reflection of a different constraint on biped locomotion due to a physical property called angular momentum. This is an idea that some have proposed, but none have ever directly investigated.”

Thompson will collect data on humans walking and running and try to ‘interrupt’ their ability to conserve angular momentum. If his hypothesis proves correct, the subjects will re-optimize their gait in certain ways.

The Leakey Foundation funds senior scientists and post-doctoral researchers up to $30,000. The non-profit organization was formed in 1968 to support the work of Louis S.B. Leakey, who was a pioneering scientist and passionate advocate of science outreach. Based in San Francisco, Calif., the organization is dedicated to funding human origins research and sharing the results of this research through innovative educational programs.