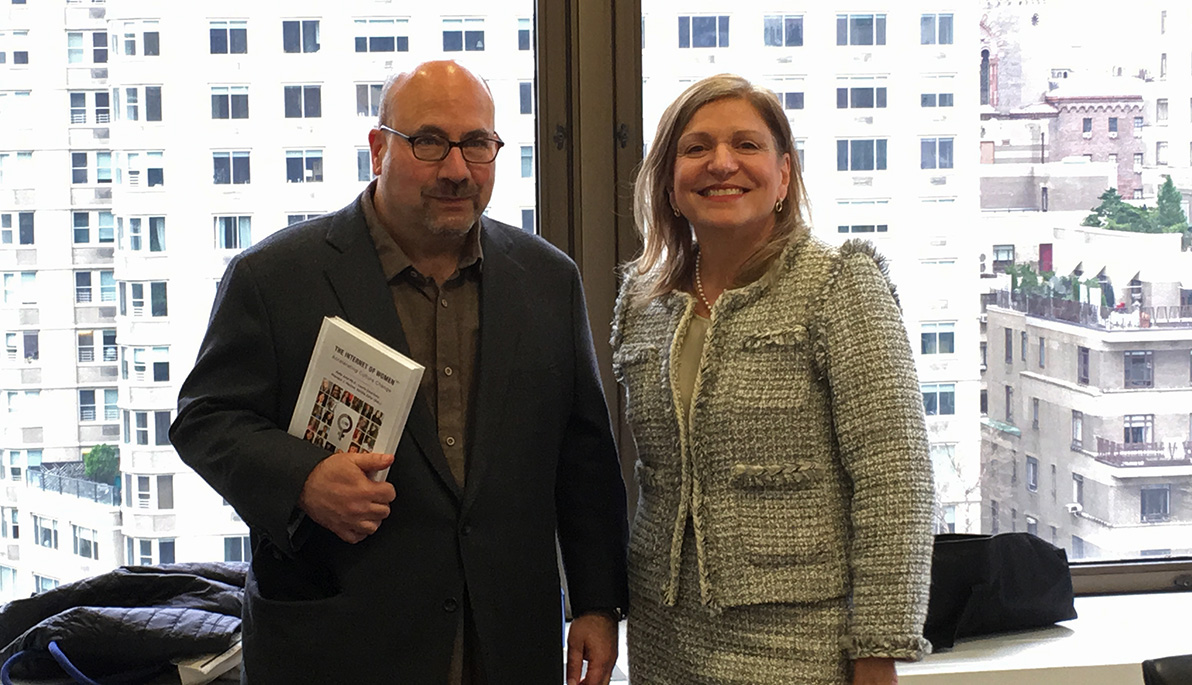 Nada Anid, Ph.D., vice president of Strategic Communications and External Affairs, sat down last month with entrepreneur and philanthropist Craig Newmark at New York Institute of Technology’s New York City campus for a discussion about helping women thrive in tech careers, among other things. Editors at Cybercrime Magazine asked Anid to interview the founder of CraigsList and Craig Newmark Philanthropies because of her commitment to raising awareness about the need for women’s contributions to STEM fields.

The video interview covered topics such as pop culture perceptions of “nerds”; the question of who belongs in tech careers; and organizations that support women in tech and cybersecurity.

Newmark says he was taught as a child to treat others as he would want to be treated, with fairness and respect. Those principles, along with his education in computer science, brought him to success as an entrepreneur and the opportunity to “send the elevator back down” to lift others. His philanthropic organization, which he established in 2016 to give generously from the fortune he made from CraigsList, focuses on causes such as media, veterans, and women in technology.

Discussing the need to inspire girls to consider studying STEM fields, Anid remarked that a career in technology is an “opportunity [that] has no gender.” Newmark agreed, adding that the nation’s cybersecurity needs are so vast that businesses and educational institutions should get “all hands on deck.”

Newmark also emphasized the need to follow through on commonly held values like equal access to opportunity. Everyone believes in treating others fairly, he said, but wealthy people like him need to make sure they walk the walk.

A good example of follow-through is a grant Newmark Philanthropies recently announced to the 100 Women in 100 Days Cybersecurity Certification Program. This is a fast-track training program to place women in cybersecurity jobs. Such efforts benefit female students and also help employers across the country who are struggling to fill well-paying cybersecurity jobs.

This interview is the latest in a series of Cybercrime Magazine video podcasts featuring tech leaders across a variety of sectors. (It’s also available in audio only.) The partnership between NYIT and Cybersecurity Ventures announced last year allows Cybercrime (published by Cybersecurity Ventures) to use NYIT facilities to record these interviews.