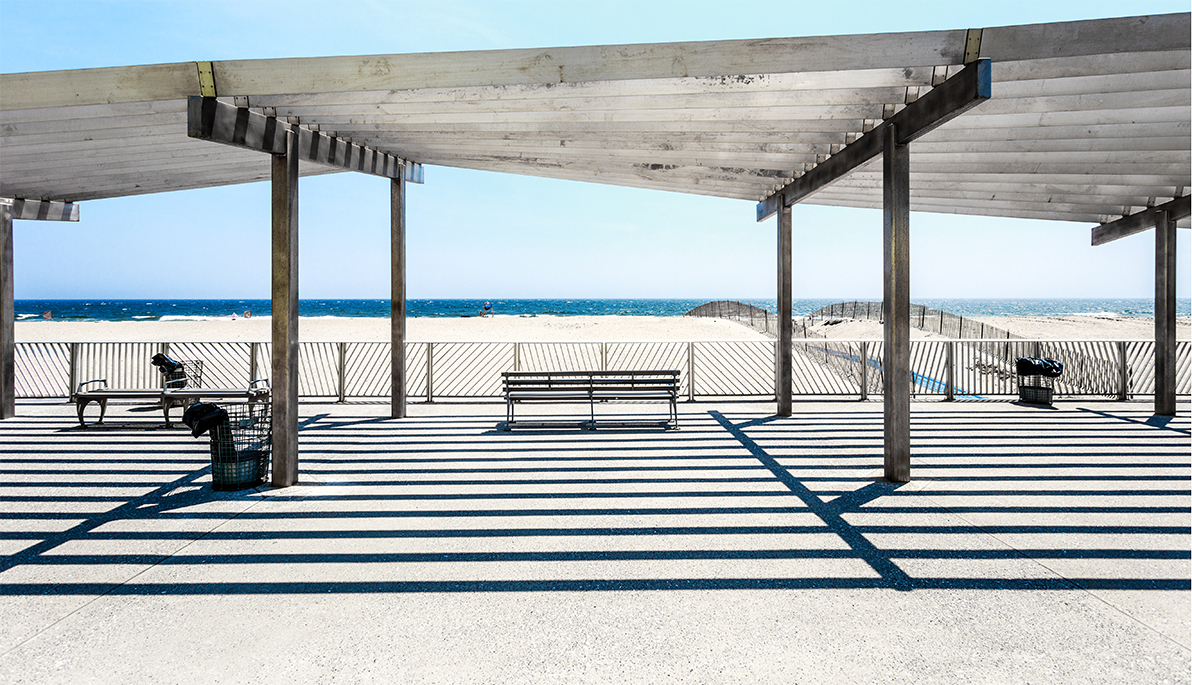 A decade after Hurricane Sandy left a wake of destruction in the Northeast, many people affected by the storm still find it difficult to reflect on how it impacted their lives. “Our office was destroyed…and we worked together to physically move into a local surgeon’s office so we could provide care and prescriptions and see patients, as well as serve as a resident clinical site,” recalls Bernadette Riley (D.O. ’05), associate professor and director of the Ehlers-Danlos Syndrome/Hypermobility Treatment Center in the College of Osteopathic Medicine (NYITCOM). When Sandy hit in October 2012, she was the medical director of Long Beach Group Practice, adjacent to Long Beach Hospital. The hospital—like the surrounding community—sustained significant damage, and it ultimately closed in 2014. 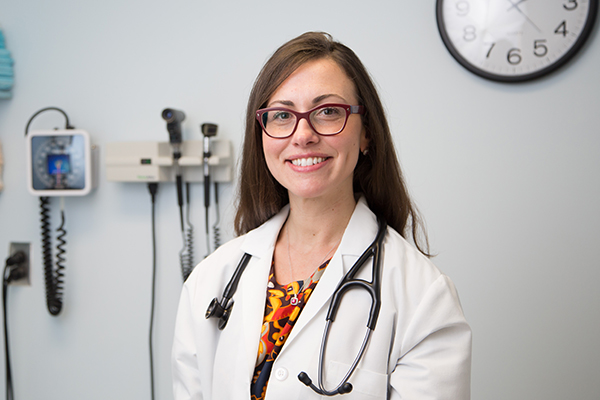 Even in the midst of the tragedy, the human spirit soared. Countless experts and volunteers lent a hand in helping victims and restoring property. “I remember hearing stories of volunteers coming to help distribute food and water to people who were still in their apartment buildings because they couldn’t leave due to illness or disability,” says Paula Ryo (D.O. ’03), associate professor and director of simulation learning at NYITCOM. At the time, she was an attending physician at Long Beach Hospital’s family practice outpatient clinic and assistant director of the Department of Medical Education. “I remember all the linemen that came from all over the United States—Ohio, Pennsylvania, Illinois, and other faraway places—to help restore electricity to the region.”

In the days and weeks that followed, much would be done to repair infrastructure and buildings devastated by the storm. Many alumni and faculty from New York Tech assisted in the process, and many continue to use the experiences of Hurricane Sandy to influence new ways to deal with climate-related disasters, as well as to ensure that attention is paid to vulnerable communities. 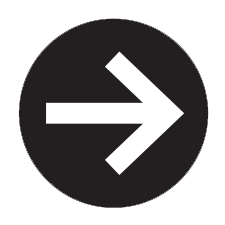 CALL IN THE ENGINEERS

When natural and man-made disasters strike, the U.S. Army Corps of Engineers is prepared to help, using a two-pronged approach to focus on immediate response and short- and long-term repairs. Following Sandy, immediate response actions included removing debris and securing electrical generators, according to Joseph Forcina (B.S. ’87), chief of the Civil Works Integration Division of the U.S. Army Corps of Engineers, North Atlantic Division. The longer-term repairs can continue for years or decades, as they do with Sandy. “We’re always learning,” he says.

For instance, why did one community suffer significant damage when a neighboring area did not? “Areas with only a beach berm but without a dune had greater damages,” Forcina says. “We suspected that all along, but it affected our work.” Armed with this knowledge and to prevent future damage, the Corps set about to “try to mimic what nature does,” Forcina says, by creating buffers to minimize risk during severe storms. 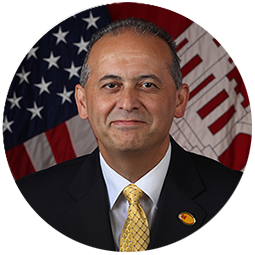 Other discoveries during recovery cast light on the effects that coastal storms can have on socioeconomically or geographically disadvantaged areas. In Rockaway Beach, for example, the Corps was focused on ocean-side damage, but it became clear that the area’s back bay was also affected. These realizations, Forcina says, stressed the need for greater attention on more vulnerable areas and underserved populations that typically don’t receive the same attention as other communities, like waterfront areas that often feature higher-priced real estate. On top of that, many lower-income areas are at the same or higher risk for heavy damage because of the rising sea level.

The long-term response for the Corps is about 90 percent complete, according to Forcina. Models addressing various degrees of sea-level change help determine how to avoid heavy destruction in the wake of another Sandy-level storm. “We are focused on a more environmentally friendly and system-wide approach,” he says.

“Ten years out, we’re still a learning organization,” he adds. “Congress directed the Corps to do a coastal study from Maine to Virginia to see where we had vulnerabilities and to provide tool sets to local and state entities for emergency preparedness plans. That study was completed in 2015, and the analysis is being used by other federal, state, and local agencies in their continuing efforts to minimize coastal storm risks.”

New York Tech students learned a lot about the effects of natural and manmade disasters during Sandy, especially those who were directly impacted by the storm. Daniel Horn, AIA (B.Arch. ’13), was developing his thesis project in architecture when Sandy wreaked havoc on New York and other parts of the East Coast. Horn’s family home in Lindenhurst, N.Y., was partially flooded. “We had to relocate for about a month,” he recalls. “Others in the area were much worse off, and I knew that the rebuilding process was going to be long and arduous.”

Farzana Gandhi, AIA, LEED AP, associate professor of architecture, was teaching Horn’s capstone class, and she encouraged him to restructure his thesis based on his personal experiences. “This was the motivation behind the actions I began to take after living through Sandy,” says Horn, now an architect with ESKW/Architects in New York City. “As a student body in the architecture department, both the Long Island and New York City campuses came together to collaborate and learn from the effects of Sandy by touring some of the damaged areas on Long Island.” 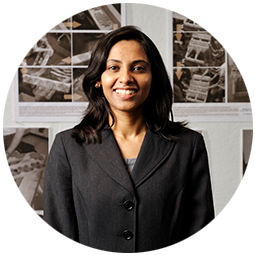 “The cornerstone of my own research and practice has been how to address resiliency for vulnerable communities, whether social or economic. These are important topics to consider in the classroom, because they will be part of any emergent architecture career path.”

The students formed a group called Operation Resilient Long Island (ORLI). “We wanted to bring designers from around the world to focus on the problem of homes that needed to be elevated above the ground to be resilient to future storms,” Horn says. “We started a global design ideas competition called 3C: Comprehensive Coastal Communities and gained around 300 entries from about 20 countries.”

As a professional architect, Horn has sought more direct ways to advance the interplay between climate resilience, architecture, and sustainable environmental systems. In 2016, he and Leonel Lima Ponce, RA, acting academic director of sustainable environmental system at Pratt Institute, founded Operation Resilient Living and Innovation Plus LLC (ORLI+). The goal was to form a multidisciplinary group that could help communities devise strategies to build long-term resilience. “We have worked on and hosted several workshops over the years, including sessions outlining what environmental risks and hazards come from climate change,” Horn says.

He admits that prior to Hurricane Sandy, sustainability and resilience were not high on his radar. “Living through Sandy totally opened my eyes,” he says.

Horn wasn’t the only one whose eyes were opened. “Hurricane Sandy was a wake-up call,” Gandhi says. “We all knew it could happen with our aging infrastructure. Sandy spurred the design community into action in multiple ways immediately over the days following the event and now with robust resiliency plans over the last years.”

The storm also affected how disciplines such as architecture and design are taught so that environmental, geographical, and social elements are better addressed. “The cornerstone of my own research and practice has been how to address resiliency for vulnerable communities, whether social or environmental,” Gandhi notes. “These are important topics to consider in the classroom because they will be part of any emergent architecture career path.” 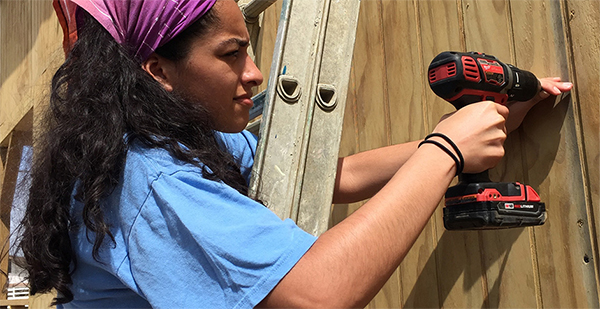 At New York Tech, Gandhi has worked with colleagues and students on projects that feature interdisciplinary approaches to climate-related disasters. New York Tech’s R-Cubed: Relief × Reconstruction × Resiliency gives Gandhi and her collaborators opportunities to partner with nongovernmental organizations, individuals, and organizations to develop long- and short-term plans of action to anticipate and respond to natural and man-made disasters.

She also worked with New York Tech students to develop maps that can be visualized side by side in the event of a disaster. “There is always a cascading set of disaster effects. For example, if you lose power during a storm, you often also lose water because the treatment plants need electricity,” Gandhi explains. “Using a series of maps, we can look at these results comprehensively, and we can see how various pieces of infrastructure relate to each other.”

In collaboration with Cody, Gandhi has also worked with fourth-year design students to address topics of flooding and resiliency in the New York City communities of Jamaica Bay and Inwood. “The students draw proposals for solutions that mitigate flooding using absorptive landscapes and berms and design buildings that can withstand climate disasters. They interact with the community. Some of their ideas go on to become reality,” Gandhi says.

CHANGE OF A LESSON PLAN

In so many ways, Hurricane Sandy has enhanced the way professors look at disasters and the architects’ role in developing schemes for resiliency. “It changed the way we teach and how we practice,” Gandhi says. “Architects and designers have to have a seat at the table with policy makers, engineers, and climatologists. We have to think beyond the typical notions of design and work with local communities because they know their neighborhoods best.”

Horn agrees. “Cross-disciplinary design and collaboration among different stakeholders in a project are crucial to its long-term viability and resilience. As designers, it is our duty to listen to the latest science and to apply that data to how it might affect the built environment. This would include how to interpret predictions of future climate change.

“Not only is it imperative to have a multidisciplinary approach, but it is also our role as project leaders to bring those into the conversation who may not have equal representation and to bring their voice to the head of the table,” he says, noting that those who live and work near coastal waters aren’t always involved in the process of protecting their communities from flood damage. “Design with long-lasting and consistent community engagement through all phases is what makes a project truly resilient. The vision comes straight from the voices of the people who will actually be using and living with your design.”

A decade later, the physical and psychological wounds of Sandy serve as a catalyst for making things better. Should another Sandy-type storm strike, there is increasing optimism that the effects can be mitigated through environmentally conscious programs benefiting all communities, no matter their location or socioeconomic status.

For Ryo, the interconnectedness between herself and the area around the former Long Beach Hospital continues to give her hope for the future. “We still go back and visit at least a few times a year, and we always drive by the location of the hospital and marvel at how much has changed and how part of the hospital is still there,” she says. “I see that people are still working on their homes, and I can often point out which home has been changed or raised or is remodeled, what business has changed or never reopened again. Long Beach will always feel like home, and I’m happy to see how well it has recovered and continues to recover.”