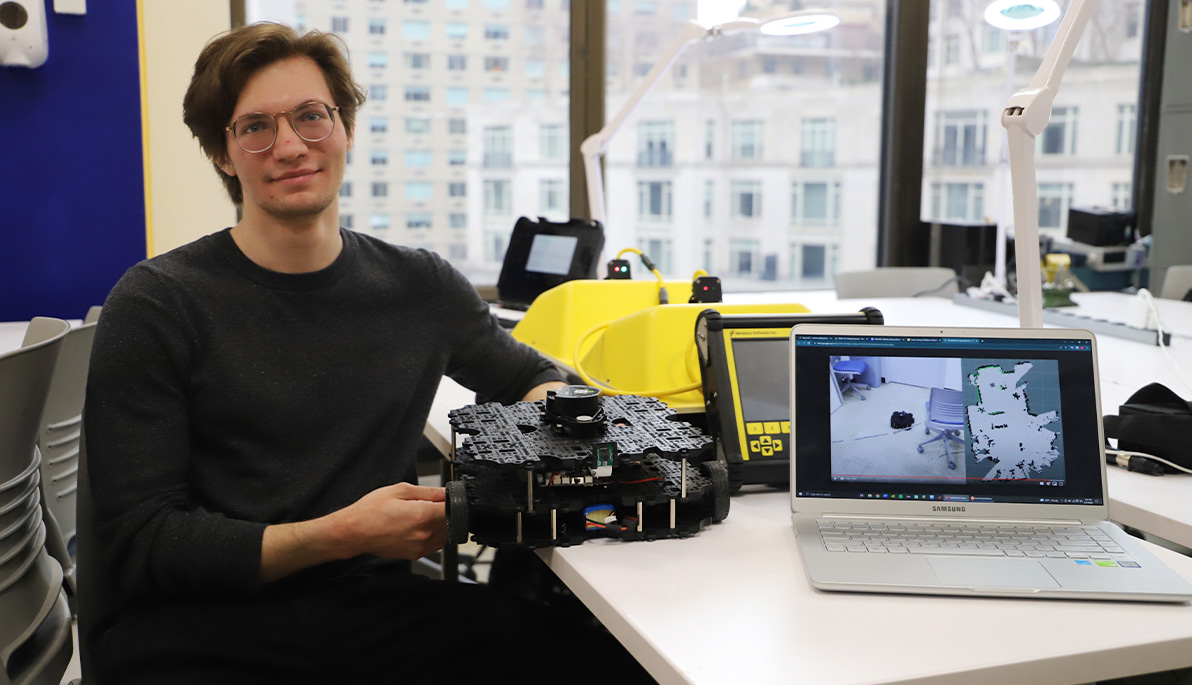 The New York Tech community celebrated the opening of the new Entrepreneurship and Technology Innovation Center (ETIC) on the New York City campus on March 31.

“Here we are to formally open the space to our students, faculty, and staff to pave the way to establish New York Tech’s College of Engineering and Computing Sciences as the premier college of engineering in terms of innovation and creativity in the region. This ribbon cutting marks a major milestone in building a comprehensive ecosystem for our technical talent to accomplish what is in the college’s motto, ‘Engineering for Society: Innovating for A Better World,’” said Beheshti.

In talking about the new lab location, as well as other new spaces such as the School of Architecture and Design’s Fab Lab, President Foley said: “All of these things really make real our commitment to the doer, maker culture at New York Tech. So, everyone, enjoy it. It’s your new ETIC. Go there, do great things, and make us proud.”

“This project, for me, really looks at the core of what New York Tech is all about,” Balentine said, noting the three required components for such a project: First, faculty wanting to offer the resource and opportunity to students; next, a school-level leadership team who support and advance the project; and finally, the students who are excited to be in the lab and take advantage of it. “I’m very excited that this was done. I want to thank all the people who had the vision to make it happen.”

The ETIC on the Long Island campus has served as New York Tech’s hub for cultivating new businesses, products, and fresh ideas in technology, engineering, and applied sciences since 2015. The New York City campus location, on the sixth floor of the Edward Guiliano Global Center at 1855 Broadway, will now build on this. 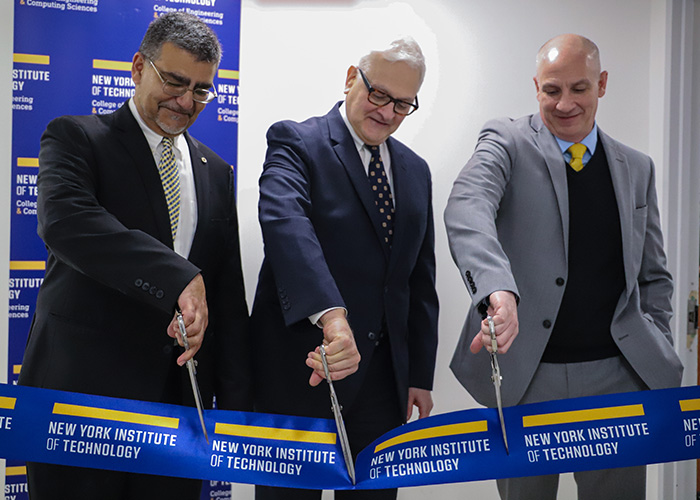 “The ETIC accelerates the regional economy and ensures greater competitiveness for Long Island, New York City, and the broader metropolitan region. It supports the region’s economic development by focusing on three critical areas: IT and cybersecurity, bioengineering and medical devices, and energy and green technologies,” Beheshti added.

The Long Island ETIC has already created several new technology prototypes, launched student-owned companies, and even secured a contract with NASA to create early-phase prototypes from their intellectual property library and create professional marketing materials that NASA can use in efforts to commercialize the technology. The addition of the New York City ETIC enhances the College of Engineering and Computing Sciences’s abilities to perform at even higher levels of design and innovation and to engage with a broader variety of students from both campuses. Tools at the New York City campus ETIC location include:

“This isn’t just about opening an ETIC location today. It’s about us growing as an institution, becoming a real innovator, and I need to thank everybody here,” said Nizich.