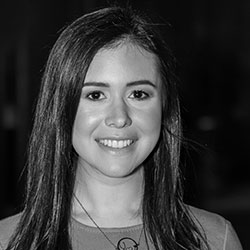 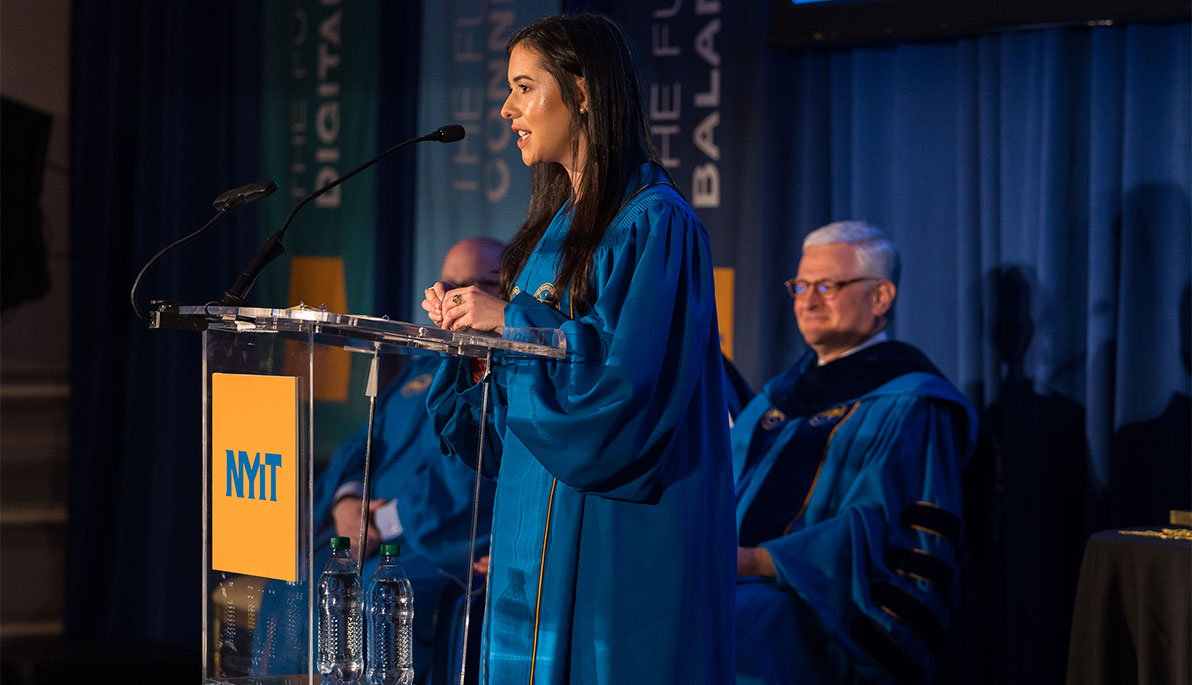 Finding Her Path to Healing

How does a student from Woodbury, N.Y., get to travel the world without leaving Long Island?

That was the question posed by NYIT College of Osteopathic Medicine (NYITOM) student Samantha Gottlieb at the NYIT Presidential Installation Ceremony on April 12 at a private club in Manhattan. Together with faculty and alumni speakers, government and SUNY representatives, and past and present university leadership, she took to the stage to describe the NYIT student experience and the learning that happens by interacting with classmates from different countries around the world.

“When you sit in a class, play on a team, and, become friends with students from Nigeria, Luxembourg, China, and Brazil, you learn more about cultures, foods, customs, business practices than you would from studying in books,” said Gottlieb.

She earned her undergraduate degree from the University of Maryland and enrolled at NYITCOM to be closer to New York and her family. “I also love the feel of the Long Island campus and everything about NYITCOM and its opportunities for students to get involved,” says Gottlieb, who is also part of NYITCOM’s Academic Medical Scholars Program.

Growing up on Long Island, the third-year medical student met several NYITCOM alumni from whom she learned about the tenets of osteopathic medicine, which takes a holistic approach to treating patients rather than just focusing on symptoms.

“It’s a philosophy that really resonates with me,” says Gottlieb, who plans to pursue a medical career in anesthesiology.

Committed to fostering environments of peace and wellness, she was instrumental in the creation of the Healing Path Project at NYIT-Long Island, working alongside colleagues in NYIT School of Health Professions.

“This was important to me because the Long Island campus is so beautiful, and in the midst of a schedule filled with exams and classwork, sometimes we need a reminder that it’s okay to do something for ourselves, even if it’s as simple as enjoying the campus’ beauty,” says Gottlieb, who was recently elected president-elect of the NYITCOM Student Government Association. “We saw the need for an outdoor space that can relieve stress for all students, faculty, and staff, and the answer was the Healing Path.”

As for future campus renovations in Long Island and New York City under NYIT President Hank Foley, Ph.D., she declared her high hopes at the April 12 presidential installation ceremony:

“My friends and I are very excited by the possibilities posed in the new campus master plan, including a new student commons where we can meet, socialize, and share ideas!”