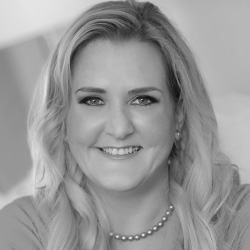 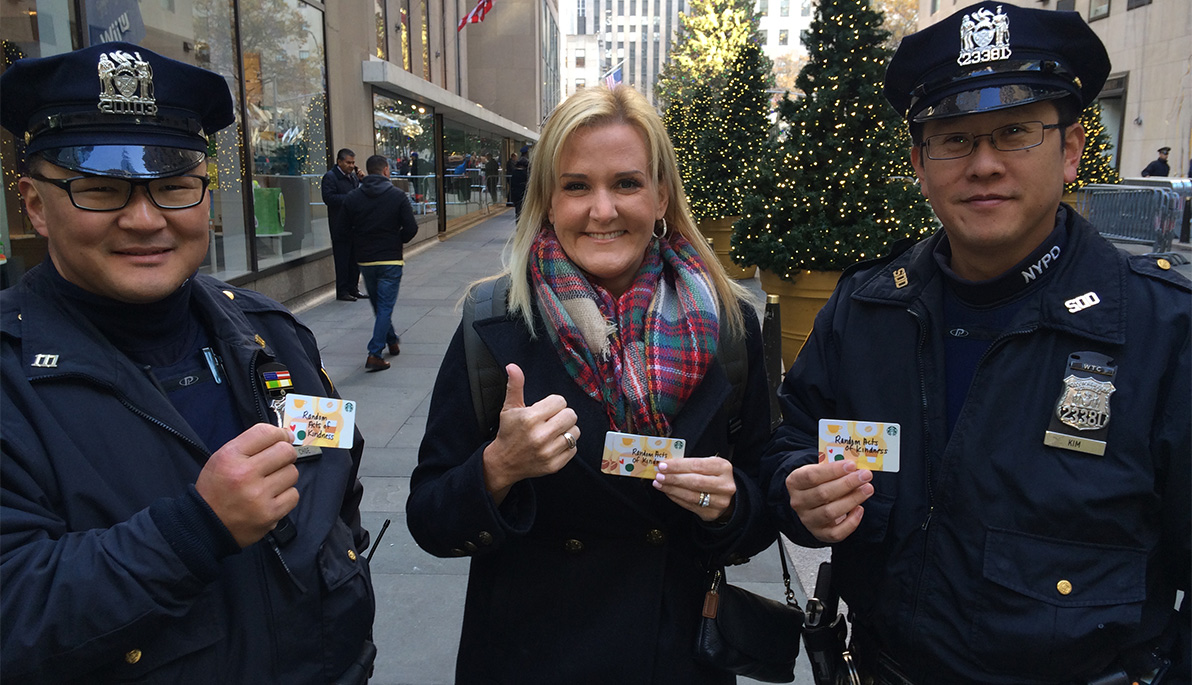 When Leigh Mcmanus Clark (B.S. ’03) and her fiancé sent out invitations for their September 26, 2015 wedding, they included a special request asking their wedding guests to do random acts of kindness and to post on social media using the hashtag #kindleigheverafter. Clark began doing acts of kindness in 2012 and started Kindleigh in early 2015 to organize her efforts. Now she had a chance to encourage her friends and family to give back, too.

Enthusiasm for their request spread quickly, with guests doing such good deeds as taking pet supplies to an animal shelter, buying a lunch for a stranger, and baking cookies for the local UPS driver. Heartwarming stories poured in; so did publicity. Clark found herself featured in a variety of magazines, newspapers, and news programs—including Brides Magazine, Woman’s Day, and the Rachael Ray Show.

With the national attention Kindleigh and Clark’s unusual wedding request got, Clark continued to grow her efforts. Other random and not-so-random acts of kindness followed, ranging from toy and school supply drives for foster kids to backpack drives for the homeless to helping pay off other people’s layaway debts during the holiday season. Her layaway project led to an appearance on Megyn Kelly. Last year, Clark started the Kindness Ambassadors Program to foster acts of kindness and generosity.

Clark, who was born on Long Island but moved to Illinois in high school, has always valued kindness and wanted to be a motivational speaker since she was 17. She credits her time at NYIT with helping her discover the type of person she wanted to become. “I got validation from NYIT,” she explains. “It allowed me to cultivate certain character traits and strengths.” Clark, who studied advertising and marketing, jumped right into campus life. “It was a terrific experience from the day I got there,” she says. She planned activities for the Office of Residential Life, and credits Dean Harriet Kulka as her mentor. “She gave me a spot on the presidential advisory board, a team of students that gave feedback and recommendations to [then president] Edward Guiliano.”

After receiving her degree, Clark worked in sales and marketing positions focused on digital advertising. For the past three years, she has worked as a retail account executive for Salesforce.com, a cloud computing company headquartered in San Francisco. Salesforce.com is a good match for Clark because the CEO is very altruistic: “They give us a week off every year to volunteer, and we as an organization do 1 million hours a year in volunteer work and just gave $1 million to families at the U.S./ Mexico border.”

For Clark, “Kindness is my hobby. It’s a joy, not a chore or a drain; it’s how I get my momentum.”

This profile originally appeared in the Fall 2018 issue of NYIT Magazine.