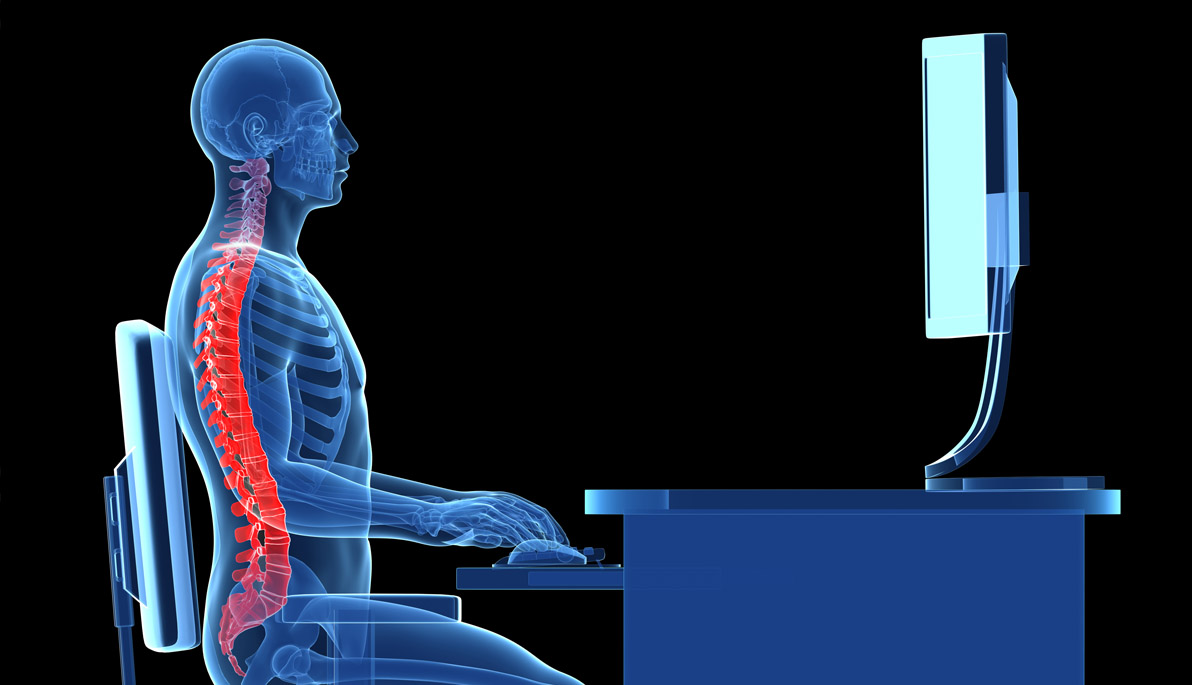 The news segment, which aired on evening broadcasts across the U.S. and also appeared online, centered on a new study by Orlando Health, which found that less than half of Americans are concerned about the bodily harm caused by improper posture.

As Gugliotti addresses in the segment, one of the many ways that Americans literally “fall” into the habit of poor posture is when desktop work stations do not support their height, reach, and other specific bodily measurements. Gugliotti advises that workers keep their arms, hips, and knees positioned at a 90-degree angle in their chairs, and their reach at an arm’s length from the monitor. Doing so, he notes, can reduce unnecessary and harmful stress on the body’s joints, muscles, and nerves.

“The neck, the head, the shoulders, the elbow, hips, low back, knees, feet and ankle, the whole body is subject to any sort of postural dysfunctions,” he said. 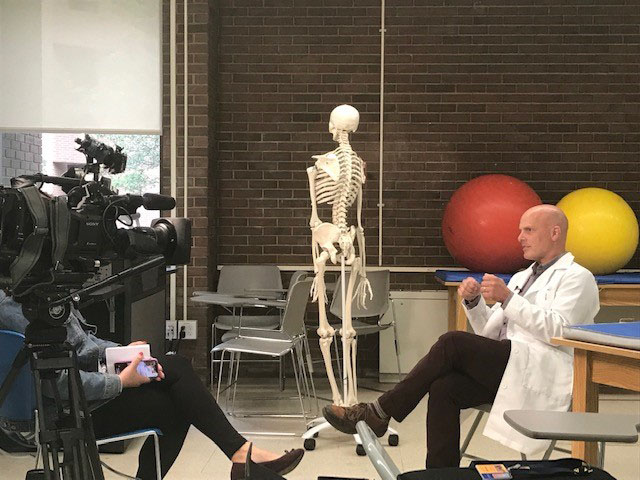 The story also focused on the postural effects of smartphone usage, which tends to place additional stress on the neck when users bend their heads downward to view their screens.

“Having your phone more towards the front of your face would be the best scenario,” said Gugliotti.

Students in the NYIT School of Health Professions physical therapy program and the Posture Patrol were also interviewed, including student and former Posture Patroller Phillip Hennings, who spoke about the negative impacts of improper posture. If left untreated, poor posture can lead to nerve headaches and compression in the back of the neck, as well as impact the lungs of patients with asthma, COPD, and emphysema.

The Posture Patrol is a program in which physical therapy students assist faculty and staff in adopting healthier and more ergonomic workstations. This November, students will patrol the Long Island campus to help improve the posture of New York Tech’s workers and students.