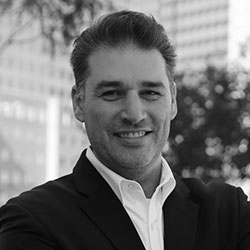 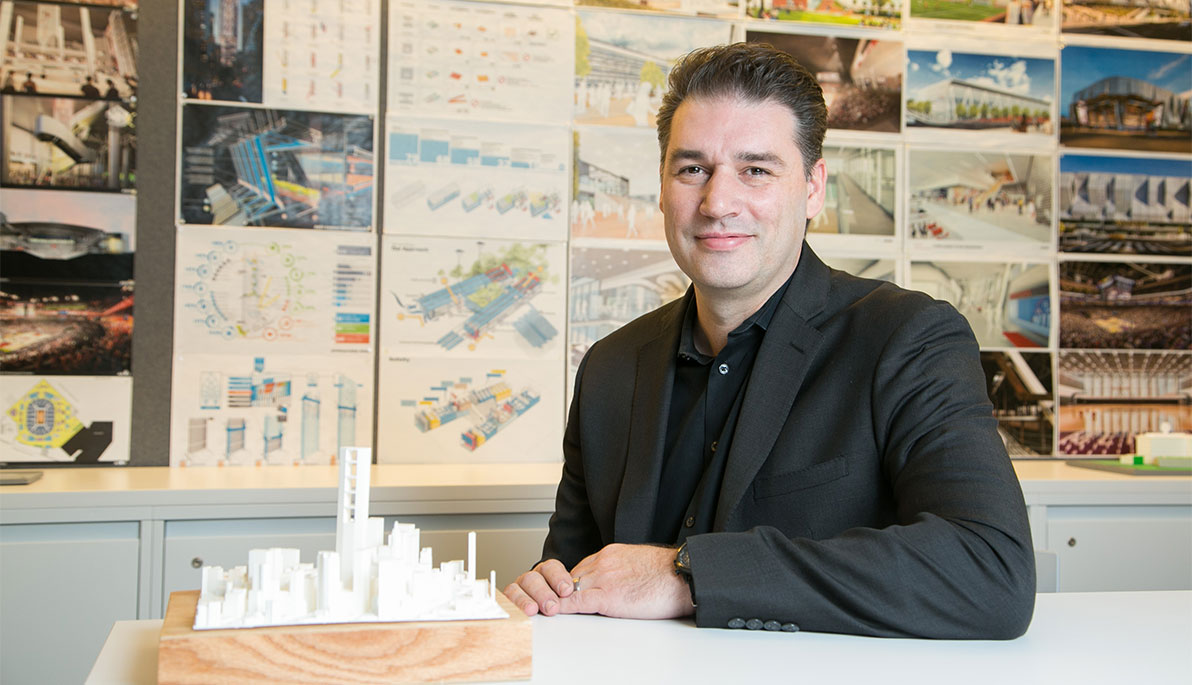 “You draw like an architect.” That single observation by Tom Scerbo’s high school art teacher ultimately led Scerbo to his chosen career in architecture and design. And that wasn't the only time a teacher would have a profound effect on Scerbo's life. Later, when he was pursuing a degree in architecture at NYIT, a faculty member pushed him to question his assumptions. “Professor [Rodolfo] Imas encouraged me to think beyond the boundaries of an architectural site and to think how it can have a greater impact on the city as a whole,” he says.

Under Imas’ guidance, Scerbo’s work at NYIT became focused on the city and exploring creative ways to improve the public realm. “I gravitated toward infrastructure and transportation and how design can have more of an impact on the daily lives of people and their city,” he says. That thinking led Scerbo, who grew up in the Bronx, to work for a small firm that did projects for the New York City Transit Authority and then for HNTB, a major infrastructure development company. Scerbo worked at HNTB for 14 years; he led the design and delivery of subway stations, intermodal facilities, and airport terminals. “I grew up at HNTB working on some large complex projects,” he says.

One of his group’s recent successes combined both of his fields of expertise: They won the “Reimagine a New York City Icon” competition for the repositioning (or “reskinning”) of Manhattan’s famous MetLife Tower (formerly the Pan Am Building), which sits atop Grand Central Terminal. Though the design was only created for the competition, that could change in the future. The evaluation of the MetLife Tower is part of an ongoing plan to rezone and capture more air rights for an area of Manhattan called East Midtown. In the old days, new development meant tearing down old buildings—sometimes the city’s most beautiful ones. Not so now. With the MetLife design, Scerbo’s team was faced with taking a 50-year-old building, doubling its size, making it more eco-friendly, and making sure the new design stayed true to the icon. “Now we think critically about the challenges that face our city,” he explains. Even with decades of experience, Scerbo is still pushing the boundaries of architecture, just like his professor encouraged him to do.