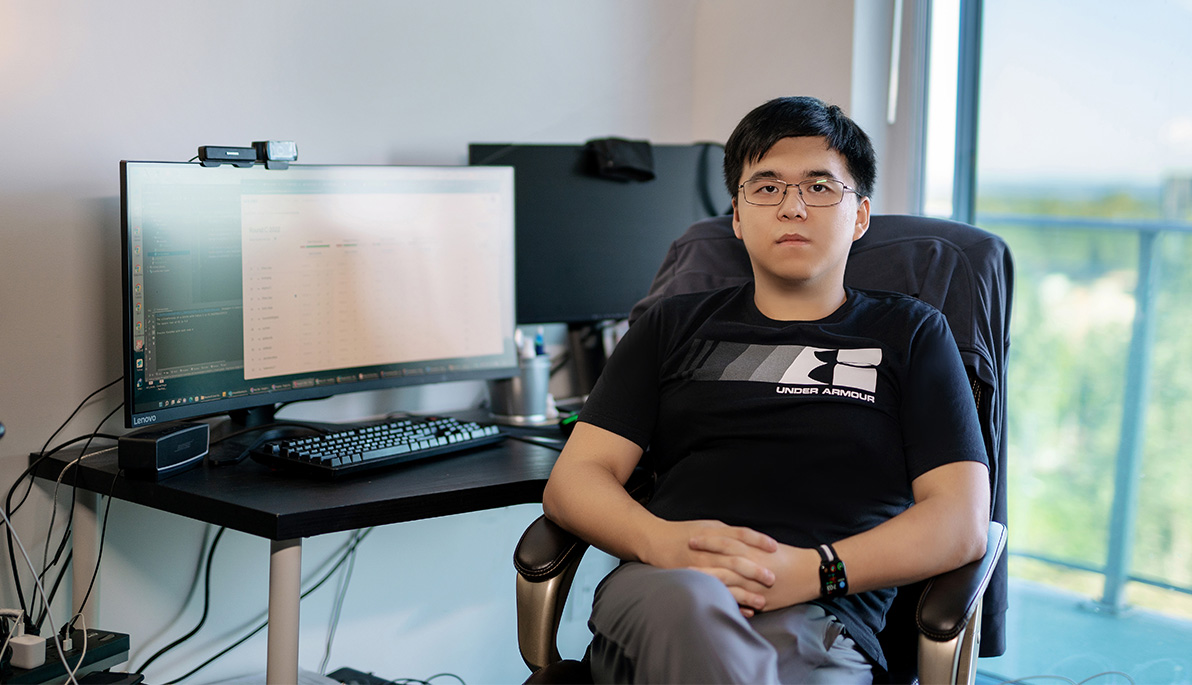 Xi (Ethan) Rao enjoys competitive programming and has participated in several contests. In May 2022, he entered Kick Start, Google’s coding competition, coming in second in Canada and 25th in the world out of more than 10,000 international participants. It allows beginner level to advanced coders to develop their skills and learn more about competitive programming through algorithmic and mathematical challenges designed by Google engineers.

And for Rao, this is just the kind of practice that will help him master his programming and coding skills. “Whenever I learn something new, I will forget it if I don’t use it often,” he says. “New knowledge learned through frequent exercise is difficult to forget. Competitive programming, in my opinion, should be considered as a way to learn and enjoy it.”

He has made it a habit to participate in these types of competitions, including ones organized by LeetCode (a platform that helps programmers enhance their skills) and Codeforces (a website that hosts competitive programming contests), as well as others presented by Google and Facebook.

In addition to helping him master coding and programming, Rao says, “I enjoy the satisfaction of completing a task in the allotted time.”

He says his cybersecurity classes give him an edge when competing. “[They] cover a large number of high-level algorithms that are essential in order to participate in the contests.”

As Rao prepares to graduate in the summer of 2022, he has his eye on the future, hoping to pursue a career as a machine learning engineer.