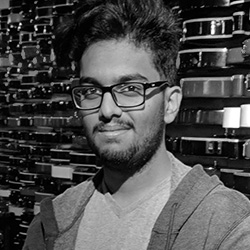 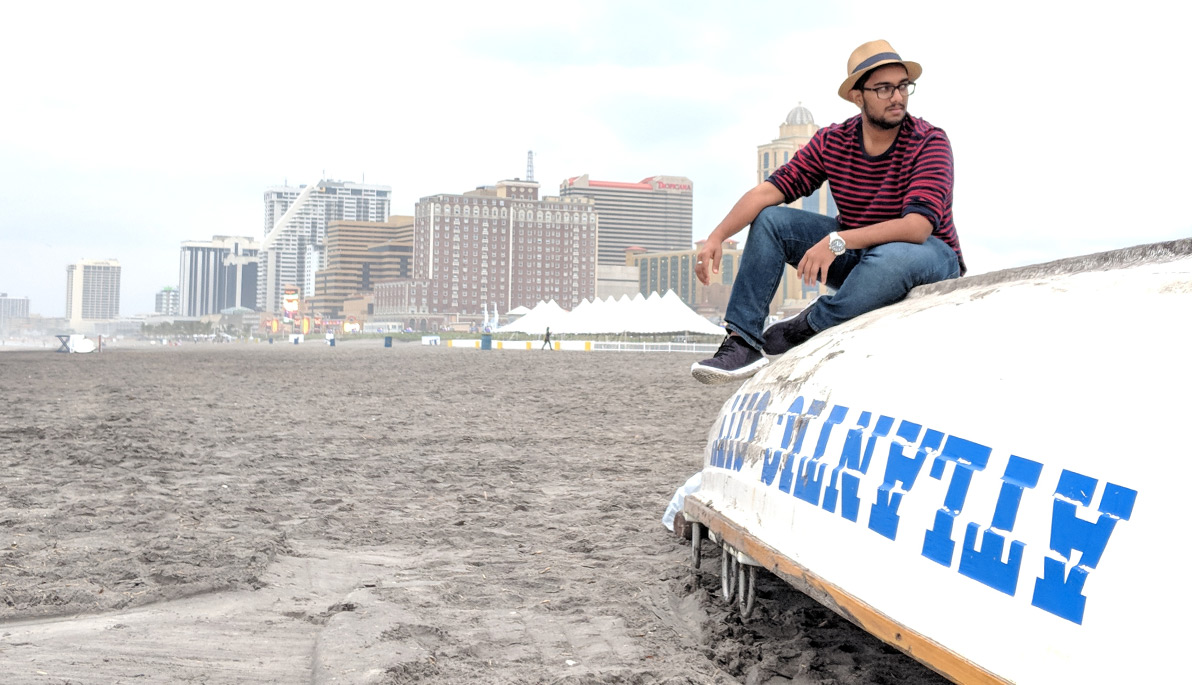 Vignesh Harish can’t talk about what he did during his internship at IBM in the summer of 2018. The coveted program came with what you’d expect from a job in cybersecurity: a serious confidentiality clause. All that Harish, who worked with the staff at IBM and a team of interns, can say is that he performed duties “related to protecting the company’s data, and worked to make the company secure.”

The clandestine nature of the work didn’t bother Harish whose long-term goal is to work as what is known as an ethical or “white hat” hacker. He knows that this kind of guardianship of information is part of a new frontier of cybersecurity. It’s also a landscape that changes daily. “At such a large organization, any leak of information could be a loss for the company,” Harish says. “We were working on so many different ideas; all sensitive information had to be protected.”

Interning at an institution like IBM also gave him unprecedented access to experts in the field. “We met a lot of professionals who have been working [in the industry] for 30, 40 years,” he says. “And we were given the opportunity to present our ideas to a panel including chief information security officers, vice presidents, and other professionals. The [fact] that they were listening to us, and were interested to see what we were doing, felt like an achievement in itself.”

As part of his internship, Harish participated in a hackathon that lasted two and a half days. He and his team, which also included classmate Constanza Cabrera, created projects based on the needs and challenges of the company in the Cybersecurity category. “We worked almost 60 hours straight. No one slept more than three hours the whole time,” he remembers. “In the end it is was worth it. There were 400 participants, more than 70 teams in North America competing, and we came in first.”

The regular day to day of his internship was not as grueling as that, but there were many challenges, and he worked extremely hard. “The days were long, and we were tired by the end of each one. Initially we had a supervisor helping us with everything, but soon we were trusted by our supervisors and managers to work independently.” All in all, he says, “the experience was amazing. It gave me hands-on contact, learning tools, and applications, and it has shown me how protection measures can be implemented throughout the company.”

All of his hard work paid off. He was offered a full-time position as a cybersecurity engineer.

Harish, who is from Mumbai, India, was attracted to NYIT because he could study exactly what he was interested in: cybersecurity. “NYIT offers a great course in Information, Network, and Computer Security and I knew it would help me achieve my goals,” he says. “The learning experience has been great so far, and I have gotten great opportunities to learn in different fields.”

Among those fields is the challenging world of robotics. As one of the leaders of NYIT’s robot build workshop, Harish went from knowing little about robotics to teaching other students how to build. “We are here for anyone, regardless of their major,” he says. “We have students who are getting their M.B.A. or biomedical degrees who are just curious to come and learn to build robots.” In September, he participated in the 9th Annual World Maker Faire at the New York Hall of Science in Queens. At the fair, Harish joined other students in presenting NYIT’s Dexter Robotic Arm, constructed in collaboration with faculty using kits purchased from Haddington Dynamics.

In addition to the Robotics Workshop, Harish participated in the Long Island Business Plan Competition, the Student Entrepreneurship Program, and the Robot Hackathon. He loves sharing ideas and welcomes every chance to collaborate. That’s why his dream is to work on a cybersecurity team like the one he was a part of at IBM: “I have always wanted to work with an organization where security is prioritized at its core and works towards making the world a safer place.”