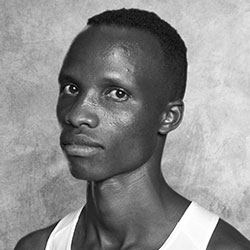 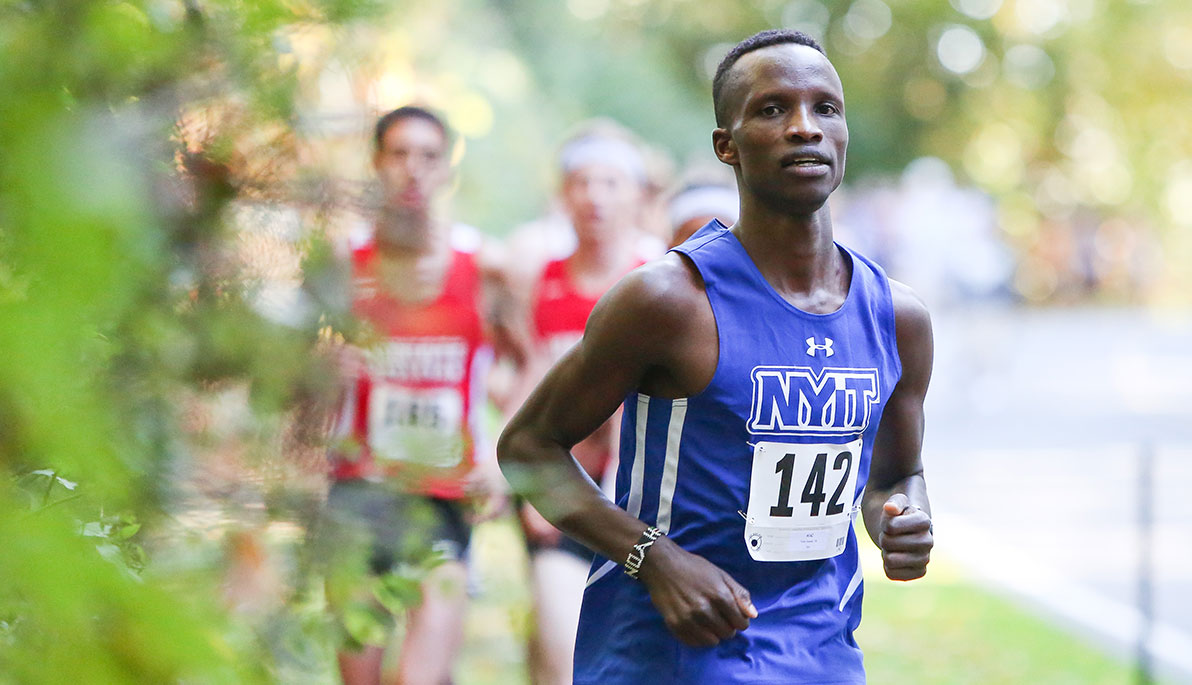 Noah Simatei Is on a Swift and Steady Pace to Success

Growing up as one of nine siblings in Eldoret, Kenya (the same hometown as NYIT women’s cross country runner Monica Jebor), Noah Simatei may not have dreamed of becoming a competitive runner. “I never ran when I was in high school,” he said. “The first time I took it seriously was when I came to NYIT.”

Looking at Simatei’s accomplishments during his freshman year as a cross country runner, you’d hardly know that was the case. In his first race for NYIT, Simatei placed 5th out of 89 runners. He won in his division at the Fordham Fiasco in September 2017, completing the five-mile course in 26:49:78, then came in first overall in the NYIT Invitational and the LIU Post Invitational. In the latter, he posted the best documented 8K time (21:51:16) in school history.

After placing second in the East Coast Conference Championships at NYIT with an 8K time of 24:59:27, hopes were high that Simatei would qualify for a spot at the NCAA championships; however, he came up short at the East Region Championships. After so many previous successes, there was no reason for disappointment. Considering Simatei is a freshman, chances are that even more amazing things will be coming around the bend for him.

A computer science major, Simatei attends NYIT on both an academic and an athletic scholarship. Ever mindful of the need to maintain a strong GPA to keep his scholarships, Simatei stressed the importance of time management to succeed on and off the course. “You have to maintain your athletic and your academic standards,” he said. “NYIT has a good, friendly environment and a strong focus on academics.”

Simatei, who hopes to attend graduate school and eventually return to Kenya, has advice for other student-athletes attending NYIT. “Maintain your high standards,” he said. “Put in the effort in the classroom and in the field.” Appreciate the practical skills that NYIT offers, and take advantage of assistance from professors, coaches and administrators. “If you do all of this,” he concluded, “you will enjoy NYIT.”