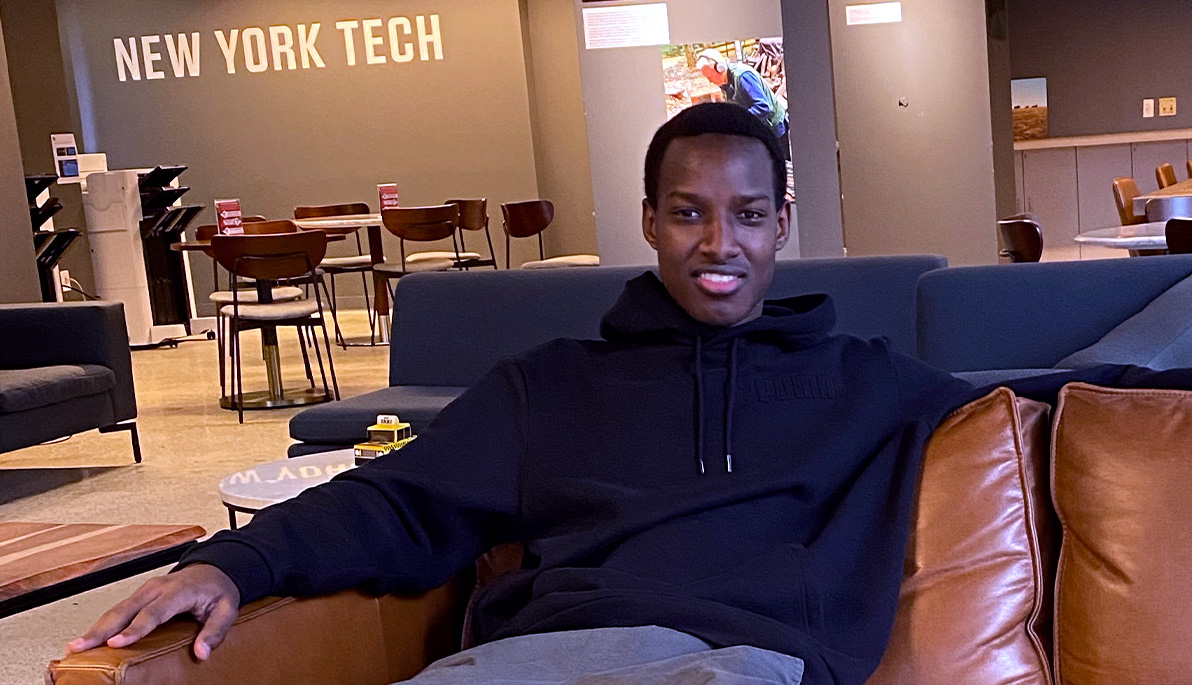 Jonan Manzi almost didn’t go to college. “I almost became a pro soccer player but got a knee injury during my senior year of high school,” he says. Instead, he moved to Manhattan from Kigali, his hometown in Rwanda, to attend New York Tech and study electrical and computer engineering technology. “I was always fond of electronics, so I figured I would learn how they function and eventually be able to build them on my own,” he says.

The transition was hard for Manzi, but New York Tech helped him find community. “The caring team like the Office of Student Life made it easier. I made friends in no time, and New York Tech became my home,” he says. And he’s paying it forward, working as a peer tutor and student ambassador on the New York City campus, helping other students succeed at New York Tech.

As he navigates his degree, the faculty and staff at New York Tech have been a big support. “They’ve encouraged me to think outside the box in terms of problem-solving and critical thinking,” he says and talks enthusiastically about the way they, especially Dean of Students Felipe Henao, Ed.D., help him keep a balance between social and academic work.

He also believes having the opportunity to work in the College of Engineering and Computing Sciences’s laboratories will help him in his future career. Through New York Tech, Manzi met his career mentor, Peter Goldsmith, the chairman of LISTnet. “His advice keeps me in check in terms of my career goals,” he says.

Outside of the classroom, Manzi has participated in community building, including being a jury panelist for the Diversity, Equity, Inclusion and Belonging Awards for the American Council of Engineering Companies of New York. This position involved “seeing how engineering companies are doing in terms of being supportive, welcoming, and inclusive.”

Manzi’s advice to new students at New York Tech is to work hard. “This school will provide you with all the skills you need, but you have to work towards achieving your dream,” he says. And he reminds students to be vocal about their goals and stay hungry. “Closed mouths don’t get fed!”