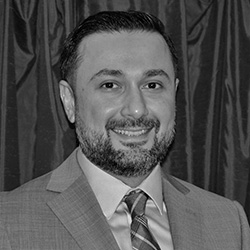 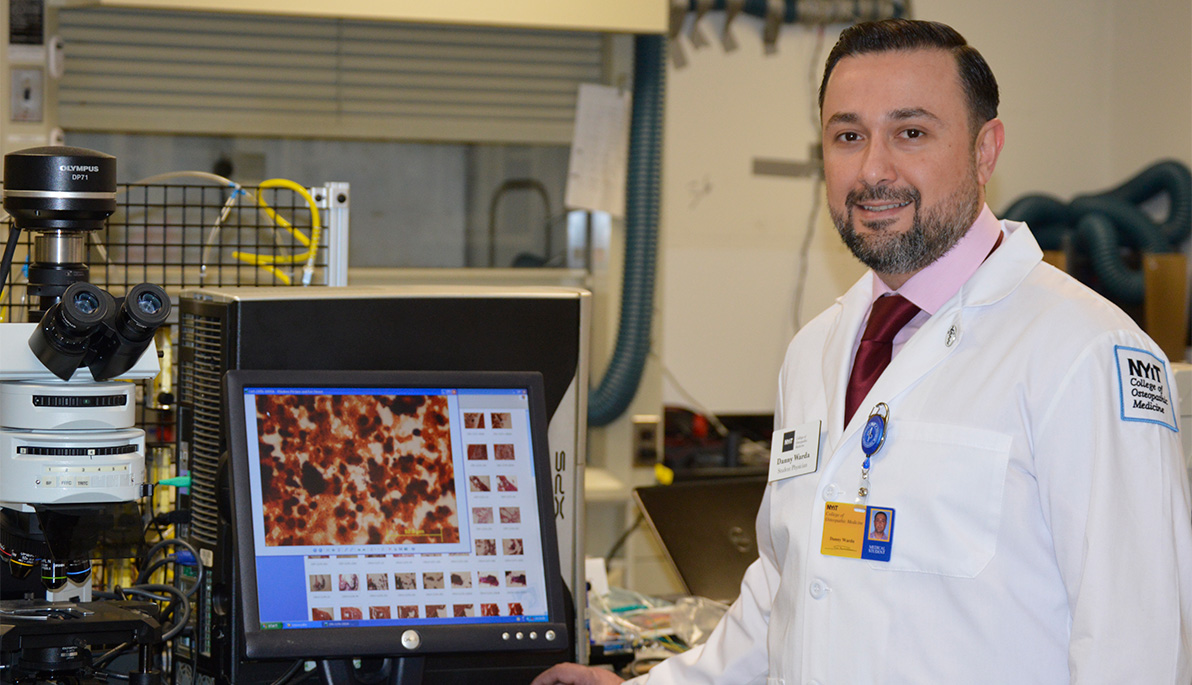 Putting the Pieces Together

“Ever since I was a kid, I have always been a fan of puzzles. And medicine is the best puzzle I have seen so far,” says Danny Warda. “I have always found it fascinating how living things exist in harmony with each other and maintain a balanced environment. Out of all the living things, it was the human body that I found most intriguing.”

Following that passion all the way through school, Warda pursued a degree in medicine, attending medical school at Al-Naharain University in Baghdad, Iraq. When he graduated in 2005, he realized that the ongoing war in Iraq was damaging the country in many ways, including technology and the education system. “Evidence based medicine is the practice that I am looking for,” he says. “In addition to dangerous situations and chaos brought on by the war, access to the latest advances in technology and to resources that I need to better serve my patients were limited.”

His passion for medicine lead him to move his family to the United States in search of more opportunity. “I was working on taking the board exams on my own and applying for residency programs as a foreign medical graduate,” says Warda. However, he was faced with very limited options. “Being an international medical graduate limits my options in the United States and makes it almost impossible to compete for the specialties that I am most interested in, such as orthopedic surgery and general surgery. Once I heard about the program, I thought that becoming a U.S. graduate is a great chance to pursue my dream and do what I really love.”

He became interested in osteopathic medicine after a simple Wikepedia search explained the main tenets of the practice, and right away he was “hooked”. “Approaching the body as one unit, realizing its capability to heal itself, and augmenting it so as to reduce the need for medications, and having great detailed anatomy knowledge are some of the things that osteopathic medicine emphasizes,” says Warda. “For those reasons I decided to join the D.O. program at NYIT.” Warda is enrolled in NYIT’s Émigré Physician Program, which allows physicians from other countries to complete all the medical school requirements set by NYIT College of Osteopathic Medicine and graduate with a D.O. degree.

He has been very happy with that decision. In addition to pursuing his D.O., he is also able to pursue an M.B.A. degree. During his time at NYIT, he has met many doctors and professors whose passion for teaching has confirmed for him that he is on the right path to pursue his dreams. He worked at the microbiology lab under the supervision of former NYIT associate professor Luis Martinez, Ph.D., where he served as first author on a project. “Dividing my time between school, lab and M.B.A. improved my time management. I learned how to perform different lab procedures and operate different equipment and tools. It also helped to improve my team working skills and also operating under pressure.”

When asked what advice he might have for other potential émigré physician applicants, he shares the following anecdote and advice:

“Years ago during an interview, one of the questions I was asked was ‘What medical specialty are you interested in in the future?’ My answer was ‘My love and passion is for orthopedic surgery, but…’ I was stopped by my interviewer and she said, ‘Why “but”? There is no “but”. If you want it, you should go for it.’ That conversation stuck with me.