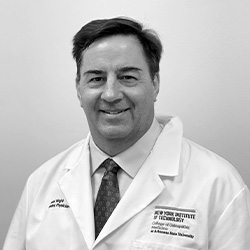 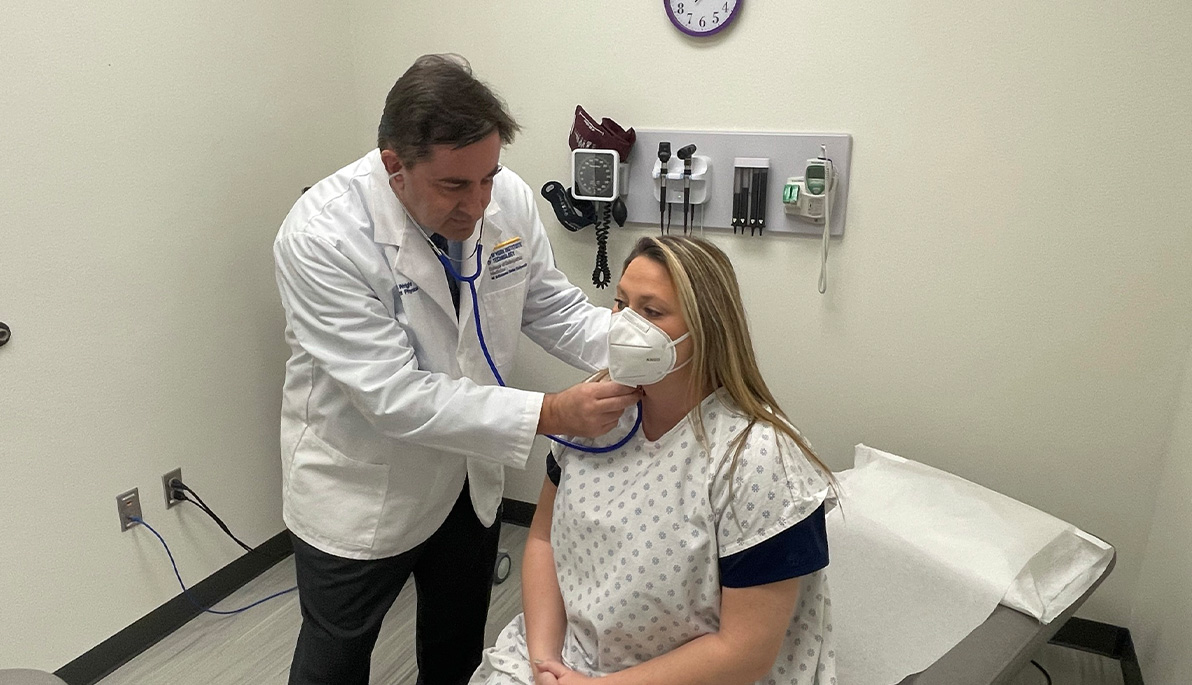 The Wright Path to Medical School

In 2013, Daniel Wright was performing a confined space rescue training drill with the Metro West Fire Protection District in St. Louis, Mo., when he suffered a sudden cardiac arrest. Wright’s fellow firefighters pulled him out of the sewer pipe where the drill was taking place, resuscitated him, and transported him to the hospital.

Wright, who was 43 years old at the time, woke from a medically induced coma four days later feeling disoriented and unaware of why he was in a hospital bed. While he experienced a full recovery, Wright soon learned that his department wouldn’t medically clear him to return to his job, and his lengthy career as a firefighter was over.

“I was pretty disappointed, but through that experience, it became really clear to me that the most valuable thing I have in my life is my time,” Wright says. “I didn’t want to spend my time doing anything that wasn’t important to me. That’s when I thought about the future, and I got real serious about pursuing medical school. Having a near-death experience will affect your thinking.”

It took eight more years to realize his dream, but Wright’s rededication led him to achieve that longtime goal.

At age 52, Wright was accepted to NYITCOM-Arkansas in 2021 and surrounded by classmates who are as much as 25 years younger than him. He’s now enjoying his first year as a medical student.

“My journey is pretty unique, but over time it became more and more clear to me that this is what I really wanted to do,” Wright says. “I explored different career paths, but I finally I reached this point and said, ‘It’s now or never,’ and I feel really fortunate to have the opportunity to pursue a career as a physician. I’m very appreciative that NYITCOM gave me a chance.”

Wright earned a B.S. in chemistry and management information systems from St. Louis University in 1993 and then spent 10 years as a computer programmer. He also worked part-time as a paramedic and eventually left the business world to focus exclusively on an EMS career.

With an eye towards medical school, he earned a second bachelor’s degree in 2009 but didn’t feel ready. He continued to gain invaluable clinical experience while working as a flight paramedic for St. Louis Children’s Hospital, which kept his passion for medicine ablaze.

Wright first applied to NYITCOM in 2019 and again in 2020. While on the admissions wait-list, he was offered a place in NYITCOM’s newly created Masters of Biomedical Sciences program, which was designed in part to improve the candidacy of prospective medical students.

Wright found the biomedical sciences program to be incredibly challenging, and he’s now thankful for how it prepared him for his invitation to NYITCOM’s osteopathic medicine program a year later.

“Biomedical sciences is a great program to get you on par with everything you need to be successful once you get to medical school,” Wright says. “It’s sort of like an athlete training up for an event. Medical school is a completely different challenge than undergraduate. It is really difficult. There’s a lot of material, and there’s not a lot of time to cover all that you’re asked to learn. The program gets you indoctrinated into that expectation. In my experience, once you figure out how to navigate that successfully, that really helps you once you get to medical school.”

If all goes according to plan, Wright will be in his mid-50s when he graduates from NYITCOM, and he’ll be just shy of his 60th birthday when he completes residency. He plans to pursue either emergency, family or internal medicine, and he hopes to stay in the Mississippi Delta region to practice.

“The proximity to St. Louis is one of the things that really drew me to NYITCOM-Arkansas,” Wright says. “They’re training physicians to practice in this region, and I’m hopeful that the connections I make here will help me land a residency in this area and then lead to an opportunity to practice here.”

Although his age will be atypical of most new physicians, he believes he will have a very fulfilling career as a doctor.

“A physician’s work is cerebral,” Wright says. “You think about a patient’s problem, make decisions, and communicate well. It’s not physically taxing like being a firefighter, so I’m confident I’ll be able to work for several years and really enjoy a career I have worked, and continue to work, so hard to attain.”