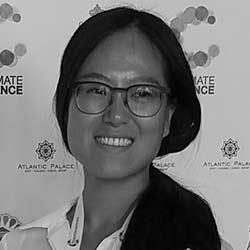 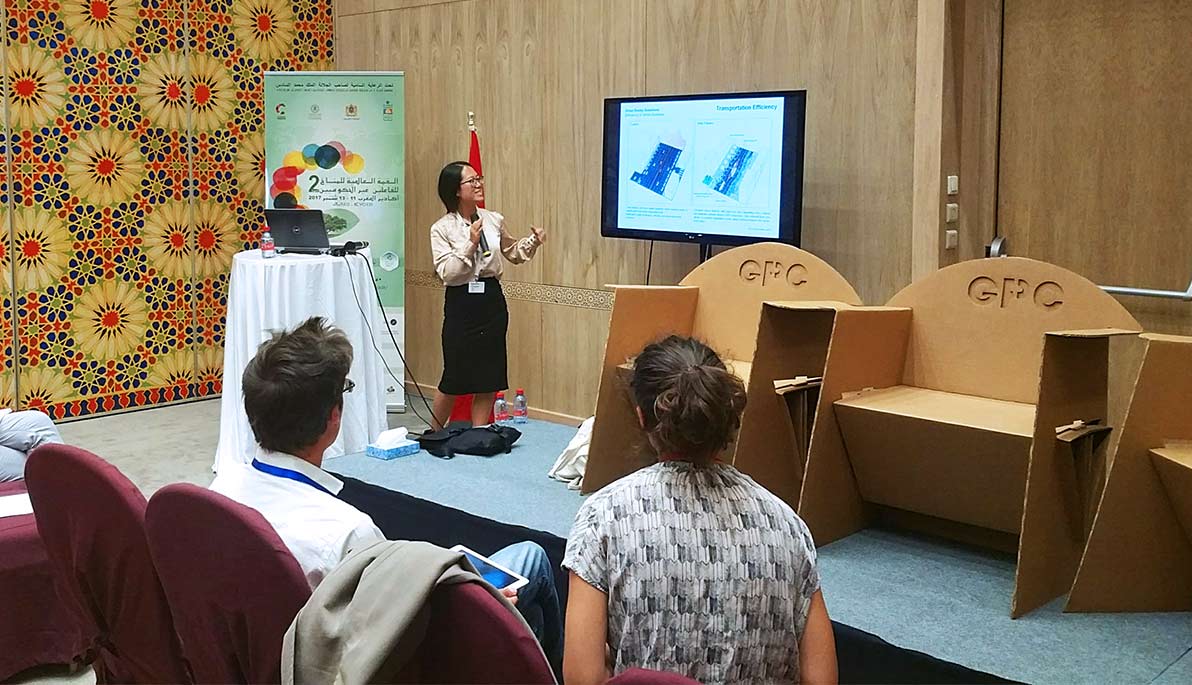 “Architecture not just about a single building,” she says. “You have to look at it from a larger scale: how to improve the street traffic and encourage the use of heat resistant construction materials and green rooftops. You want to find ways to improve urban ventilation and energy efficiency.”

Her architectural approach was influenced by her grandfather, a traditional Chinese medical doctor. “I watched him practice acupuncture for 20 years using processes that are based on an enormous of knowledge of nerves, muscles, and bones,” she says. “The exact same principle can be applied to the field of urban design.”

It’s that holistic perspective that led Dai from Ningbo, China (about 80 miles south of Shanghai), to NYIT-Manhattan.

“When I was growing up in China, the country was developing very fast,” she says. “People were surprised by these giant new skyscrapers and I was fascinated as well. I knew that one day I wanted to build something like those.”

After earning a bachelor’s degree from the China Academy of Art in 2012, Dai worked as an architect for two years. When it came time to broaden her expertise with a graduate degree, she applied to architecture schools in Europe as well as the New York City area, including the Pratt Institute, Cooper Union, and, of course, NYIT.

As part of the NYIT application process, Dai visited the Manhattan campus to take an English proficiency test. That was when she met Associate Professor Jeffrey Raven, director of the graduate program in urban and regional design in NYIT School of Architecture and Design.

“He impressed me a lot and explained the unique nature of the program being based in New York,” she recalls. “Studying urban design in the big city is a great luxury.”

Dai has had a positive impact on Raven as well. “Anna remains one of the brightest and most accomplished graduate students who has passed through this program,” he says. “She has been a leader among students, strong designer, dedicated researcher, and key graduate assistant.”

Since joining NYIT’s urban and regional design program in 2016, her graduate work has included a design studio in which she and classmates explored ways of bringing together Brooklyn communities in the Flatbush Avenue area.

“One of the areas we focused on was the role that driverless vehicles may play in the future development of Brooklyn,” Dai says. “There is the theory that this would lead to more subterranean parking lots and even remove street parking in some places.”

From that premise, she worked with classmates and local inhabitants to study how the Flatbush area could be transformed through more efficient traffic systems and enhanced pedestrian amenities, and the impact this would have on configuring a more interconnected and sustainable community.

“Urban design is very much an interdisciplinary field,” Dai says. “Everything has a role to play in the built environment.”

Dai also assisted Raven in his work with the Urban Land Institute—a nonprofit research organization that promotes smart growth and the responsible use of land to build thriving communities—on a sustainable and resilient urban design project that had her working alongside urban designers, city planners, and economists.

Raven says, “Anna was an extremely productive participant in this high-profile event.”

In September 2017, he invited Dai to speak at the International Climate Summit in Morocco, where she could discuss the graduate teamwork on the East Midtown Manhattan project.

“In the beginning, I was worried since English is my second language,” she says. “But Professor Raven really encouraged me to do it.”

It was Dai’s first time in the North African country, giving her an opportunity to meet a new culture and understand a new urban environment.

“The feedback we received was quite good,” she says. “Many of the locals wanted to know how to incorporate similar designs in Morocco.”

With plans to graduate in December, Dai is open to new opportunities, not just in New York or China but around the world.

“I want to follow a project rather than be tied to a specific place or company,” she says. “NYIT has prepared me to work anywhere in the world.”