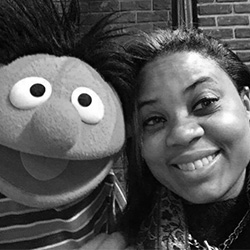 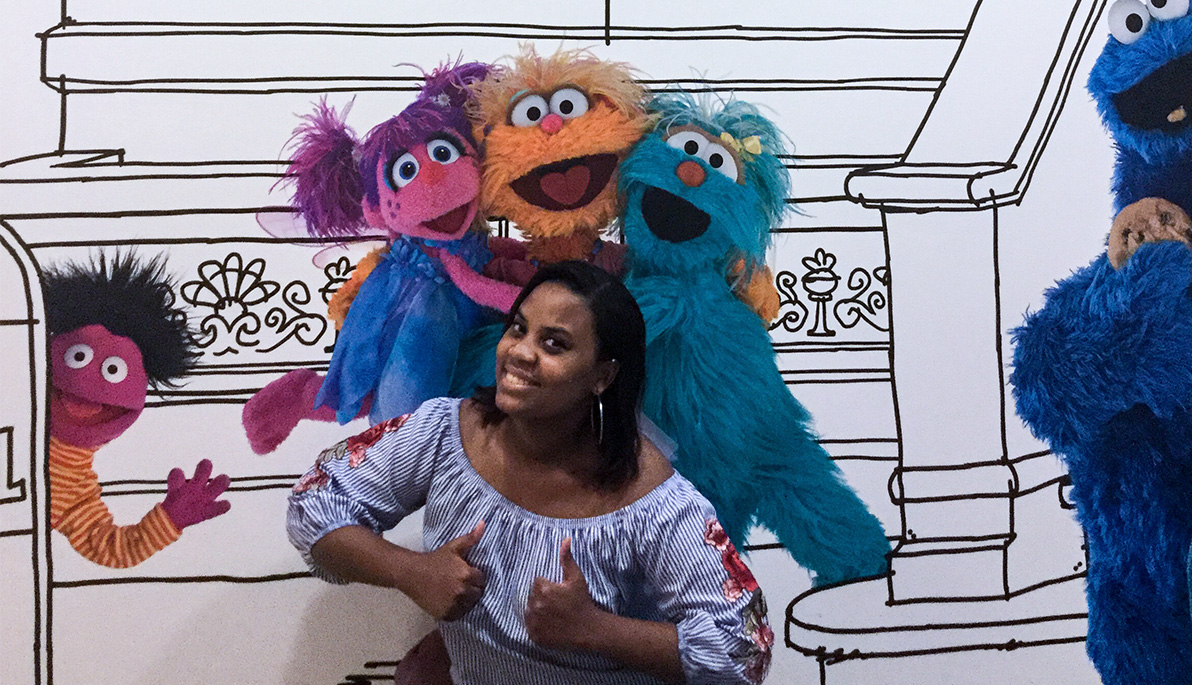 Noelle Scindian has always been interested in media and production. She found her greatest inspiration in the work of Jim Henson, watching Muppet movies and Sesame Street, which became the show that first peaked her interest in children’s media. In high school, she capitalized on this creativity and began writing, directing, and choreographing for live stage productions.

“When I started thinking about what I wanted to pursue as a career, I knew that I wanted it to be something creative that I would have fun doing,” says Scindian. “I also thought that I could turn my passion for productions into a profession and have a positive impact on people’s lives.”

Scindian was already familiar with NYIT: Her brother Aaron had transferred to the university, and her parents thought that NYIT’s hands-on learning approach and technologically focused curriculum would be a great fit for her.

Although Scindian was interested in children’s media, she also wanted to make sure she learned and could apply as many production skills as possible in her career, so she enrolled in the B.F.A. in Communication and Media Production program. Her ultimate goal was to land a job at Sesame Workshop after college—she even told her dream to Dena Winokur, Ph.D., associate professor of Communication Arts, when they met on her Preview Day—and Scindian made sure to gain real-world experience as soon as possible, taking advantage of NYIT’s ideal location in New York City and connections to people in innovative industries.

First, Scindian landed an internship at Story Pirates, an educational media organization based in New York City and Los Angeles, where she helped children in local schools write and act out their own stories. “My work with Story Pirates was incredibly impactful,” says Scindian. “It was inspiring to see such young students be so passionate about reading and writing, and it continues to motivate me today.” Next, she was a production intern at production company and arts consulting firm SepiaWorks, which Scindian discovered through a mentor at NYIT.

But it wasn’t until after graduation that Scindian’s plans all came together: She accepted a position as a post-production assistant for Sesame Workshop. Now settled in an organization influenced by her hero Jim Henson’s imagination, she helps coordinate everything that happens between the show’s taping and airing on television, such as scheduling, reviewing captions, and writing scripts for rerecorded lines.

Scindian is also honing her entrepreneurial skills. She recently launched a production company, Pitch and Toss Productions, which produces children’s media along with digital content and live shows.

“My involvement at NYIT gave me some of my first chances to see myself as a leader, whether that was in a class project, during an internship, or as an orientation leader,” says Scindian. “Taking the leap to be in control gave me the confidence to go after my dreams.”