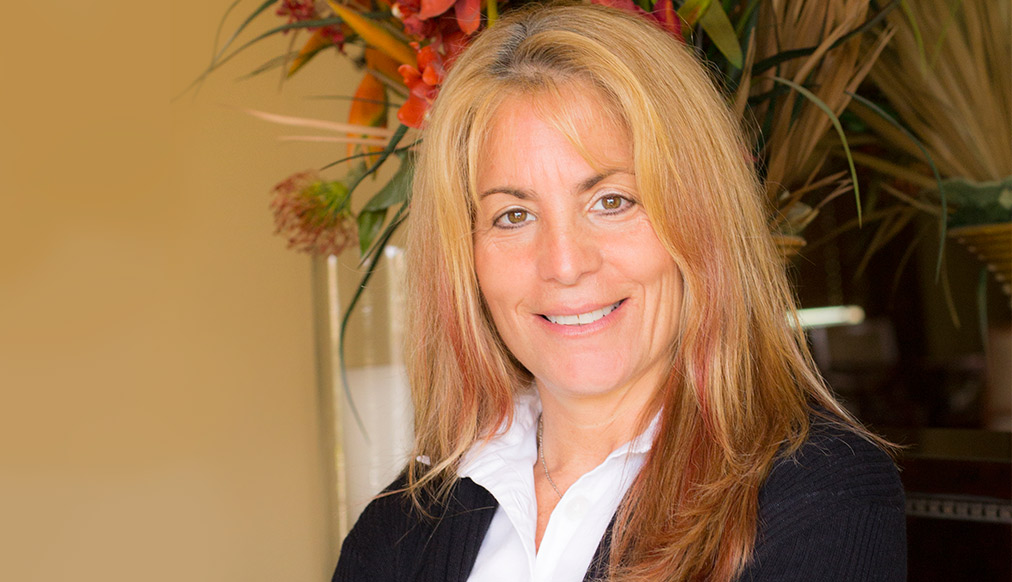 "We are the company that runs the Internet.” It’s a big statement, but a quick tour around Cisco Systems’ Manhattan headquarters makes it clear that Laurie Cantileno isn’t exaggerating. Cisco’s hardware and software solutions are omnipresent, powering most of the world’s top companies and governments. Odds are, you’re running a Cisco product right now. As a solutions delivery executive, Cantileno spends her days considering the needs of the workplace of the future and keeping her clients ahead of the curve.

Becoming a “tech oracle” was never really part of Cantileno’s plan. “I either wanted to fly rockets to the moon or be a hairdresser,” she remembers. Growing up on Long Island, Cantileno had some early exposure to technology but struggled to find her niche. “I was a shy child,” she says. “I could not walk up to the counter at the deli and buy a piece of gum.” A good student with a natural aptitude for math and science, she built her confidence through team sports like softball and volleyball. “My personality started to change, and I wasn’t afraid of things anymore,” she recalls. Still, when it was time to choose a college, she didn’t want to stray too far from home. A search for the best local universities led her to NYIT. Cantileno enrolled in the computer science program, where she learned cutting-edge programming. “I joined the ‘co-op,’ which was what we called the internship program back in the day, and they found me positions where I could get real technical experience.”

I want girls to know that it’s OK to be smart. It's OK to be bold.”

After graduation, Cantileno went to work as a programmer full-time. “Around that time, a lot of women started going into technology,” she says. “But it was tough—I would walk into a room, and I would immediately be judged. I had to prove myself.” That all changed when she found a mentor. “Getting guidance from a female executive really woke me up in my career,” says Cantileno. “She’s still at Cisco, and she’s still my mentor.”

Cantileno pays it forward by mentoring and sponsoring young women interested in technology careers. “A sponsor is someone who promotes you, who sticks their neck out for you. And sponsorship is what men often get that women do not,” she explains. “That’s my mission. I want girls to know that it’s OK to be smart. It’s OK to be bold. That people understand what you’re going through, and they’ll take a chance on you, if you earn it.”

As for the future, Cantileno sees nothing but potential. “There’s a change happening in the way we relate to technology. Soon, your imagination is going to drive technology,” she says, pointing to her smartphone. “The ship that sent people to the moon was less powerful than this.”

And one other favorite memory: