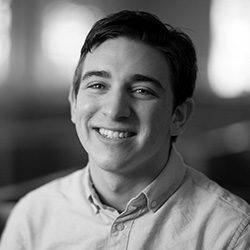 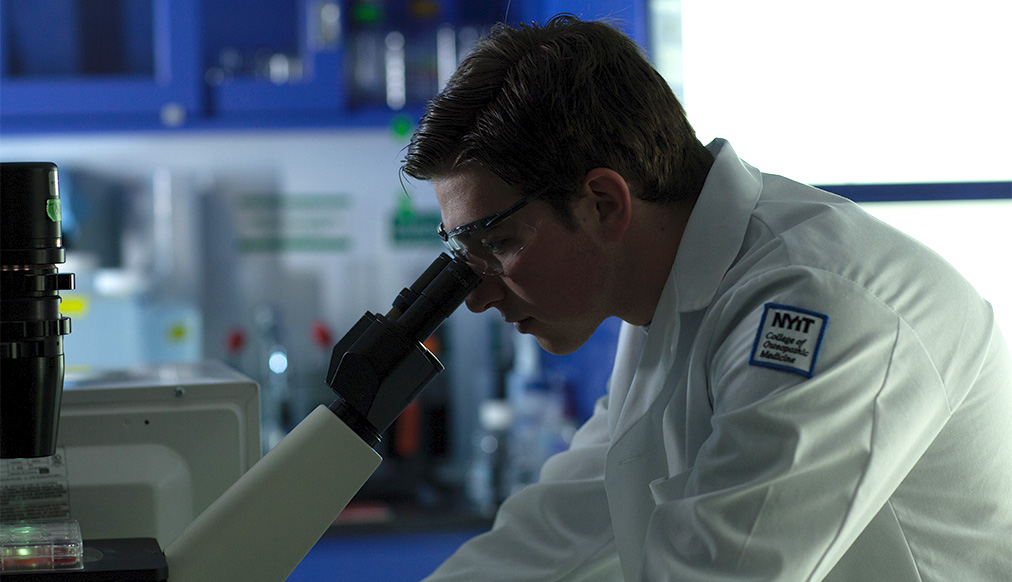 "I knew that where I wanted to start my medical degree was understanding the person, rather than the diseases. Not to work for a disease but for the person."

That important distinction led Ben Kramer to choose NYIT's osteopathic medicine program over a seat at a more traditional medical school. As an undergraduate at Villanova, Ben's primary focus was on the physics and chemistry classes that typically dominate the course load of a student aspiring to become a physician. It was a minor in Ethics in Healthcare, however, that had a major impact on the way Ben would decide to shift and fulfill his newfound goals. His research into osteopathic medicine struck a chord that resonated powerfully with his natural empathy, enthusiasm, and ability to connect with others. He decided to pursue a D.O. degree.

What is the difference? Both types of physicians are fully licensed and equally prepared for the profession. But where the M.D. is more likely to be trained to approach a diagnosis and course of treatment from the outside in, from the narrow perspective of a main presenting symptom, the osteopath looks at the whole person first. He or she sees the body as an integrated, interrelated system of responses that must be brought into balance for optimal health. A greater emphasis on preventive health practices is another hallmark of osteopathic medicine.

That choice made, Ben wanted to find the very best fit, too, in terms of where he would pursue his studies. A nationwide comparison led him back to his Long Island roots, at NYIT College of Osteopathic Medicine, for several reasons.

It was partly a matter of finding a program that suited Ben's independent learning style. The problem-based curriculum here, known as the Doctor Patient Continuum (DPC), offered that and more. The approach results in an experience that is "much more student-driven," he says. "I succeed and do much better when I take my education in my own hands and run with it. The biggest thing that I've gained in DPC is that I have an accountability to myself and my future patients to learn this material, to master it and apply it every day that I can." It has also sparked a previously untapped dedication to research, which Ben admits had never held his interest much before. The former research-phobe has now achieved the distinction of Academic Medical Scholar and has presented his work at a conference in San Diego.

An Eagle Scout through and through, Ben thrives on the challenge of the moment, on being of service and being prepared under any conditions. So it is no surprise that he was drawn the to field of emergency medicine. He focused on finding a medical school near a major city where he could do his rotation in an urban ER where the highest volume and greatest need exists.

New York City is the ultimate training ground, yet it is also among the most competitive, difficult markets in which to land a job in medicine. "Everyone wants to work in New York so you have to fight tooth and nail for a position. I wanted to come to a place where the students had a reputation for being fantastic." At a conference, Ben introduced himself to the Emergency Medicine Program Director from New York's Mount Sinai Hospital, world renowned for its standards of excellence in healthcare. She lit up when Ben told her where he was studying. "'NYITCOM??!' she exclaimed. 'I love NYITCOM! Two of my chief residents are from there!' When I heard that," Ben continues, "I knew I had made a good choice."