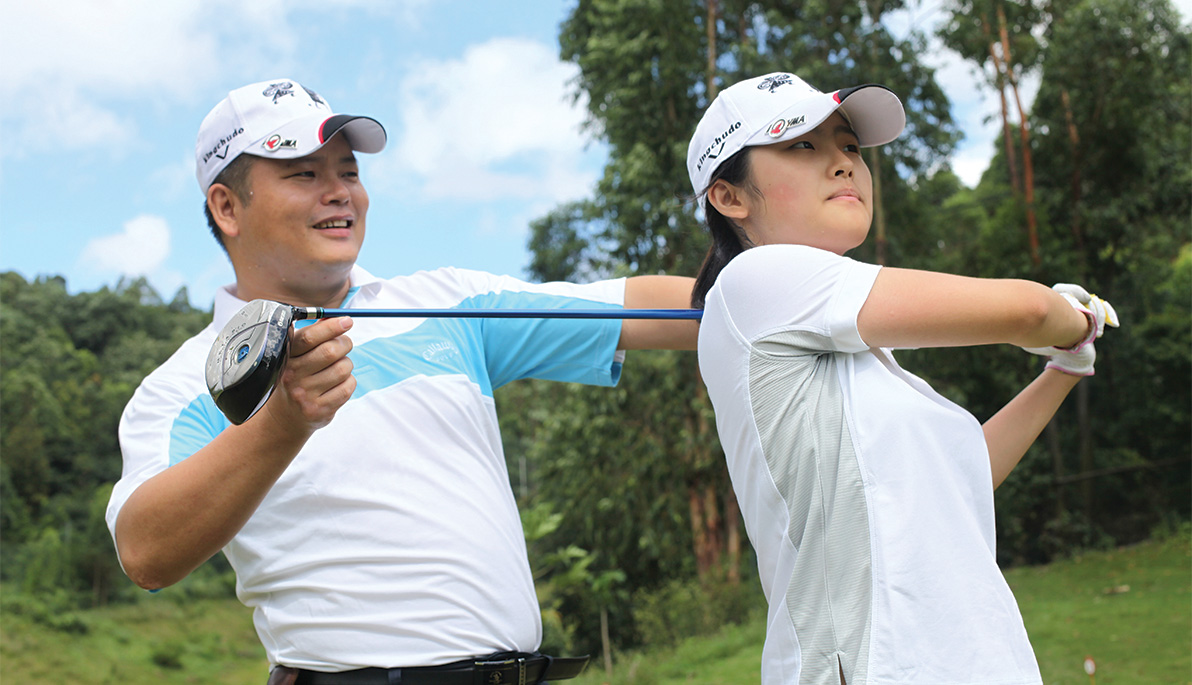 Pictured: Wu Linqi coaches his daughter, Nicole, on the fairway.

A driving ambition to succeed brings many business executives to the putting green, but one New York Institute of Technology graduate’s follow-through is truly entrepreneurial.

“Golf is an emerging sport in China—it’s both a successful status symbol and an important measure of personal relationships,” says Wu Linqi (M.B.A. ’07), founder of China’s Zhongshi Golf Museum. With Chinese entrepreneurship powering the world’s largest middle class, it’s no surprise that young Chinese are paying more attention to forms of recreation popular in the West. But though many tie golf’s longtime association to Scotland, Linqi points to the sports roots in China.

“China has a golf history that has not spread widely in the world because of language limitations and closed technology,” he says, noting that modern golf can be traced back to China’s royal game of Chui-wan, or “striking ball.”

Experts cite Ning Zhizhai’s Wan Jing, a book published during the Yuan Dynasty in 1282 A.D., as proof. He defines Chui-wan by a course layout, equipment, and rules that are very similar to today’s golf game, and claims that it originated during the Warring States Period from 475-221 B.C. Historical records supporting this theory include antique books, balls or Chui-wan pellets, and Chinese poems that originated centuries ago. 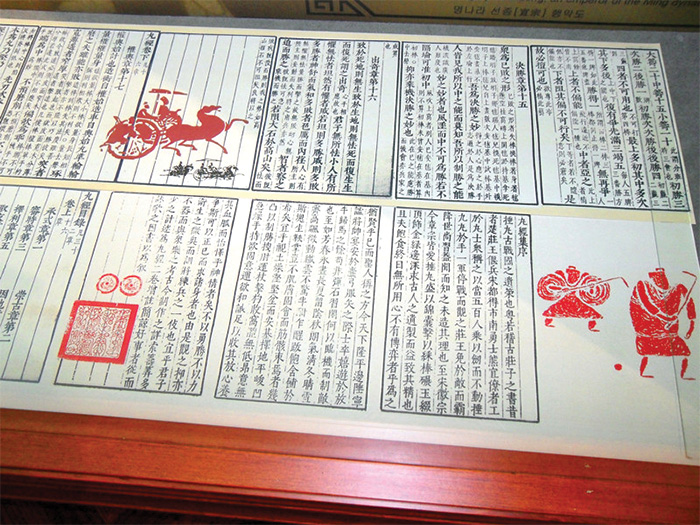 The golf museum houses many artifacts, including a manuscript of Wan Jing.

“Painters from the Yuan and Ming dynasties laid out scenes depicting emperors waving items resembling golf clubs and players striking a golf-like ball into a hole,” Linqi says. “In Europe, the game of golf was first seen on paintings in the 14th and 15th centuries—that was at least 1,000 years after the first documented Chinese games of Chui-wan.”

There are approximately 600 golf courses in China, but only one formal golf museum—founded by Linqi. Recognizing golf’s potential to boost both Chinese tourism and the government’s cultural industry development policy, Linqi founded the Zhongshi Golf Museum just two years after graduating from the NYIT-JUFE M.B.A. program in Shenzhen. He had already been studying the history of golf for nearly a decade.

“The history of any industry is like a string of beads; the curator’s mission is to find a line, string them up, then show them to the world,” says Linqi. He began collecting golf-related antiques in 2004, and during the past 10 years has collected nearly 1,000 Chui-wan pellets made from various materials: stone, ceramics, Tang tri-color pottery, wood, and agate. The oldest one dates back 1,500 years. 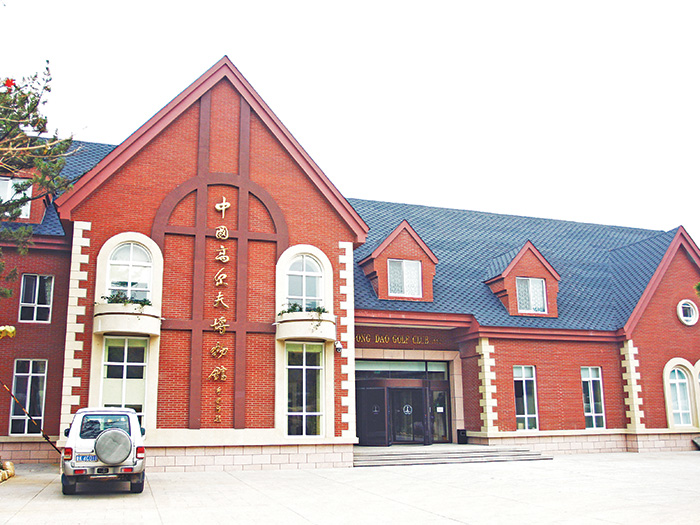 Like many entrepreneurs, Linqi and his family made sacrifices to support his goal—he sold his car, his home, exhausted his savings, and even had to part with his dog in the process. Yet he says hard times ended up yielding “the most precious of life returns.”

While researching the fruit industry in Zhongshi, Weihei (located in the Shandong province), government officials discovered Linqi’s museum and saw an opportunity to create an official Chinese golf museum with his help. Linqi agreed with their proposal and initial public offering plan and, as a result, moved his golf collections in Zhongshi to a newly built establishment on the Liugong island resort.

These days, when he’s not researching the history of Chui-wan, composing nostalgic Mongolian grassland lyrics, playing golf with his daughter, Nicole, or designing golf-related gifts, Linqi works as a the general manager of brand promotion at China South City, a trade and logistics corporation listed in Hong Kong. However, his heart lies in introducing ancient golf culture to Western audiences.

“Almost every day, I find a history book from a website, museum, or library that covers the heritage and historical records of golf,” he says. “Now it’s time for me to write my own book.”