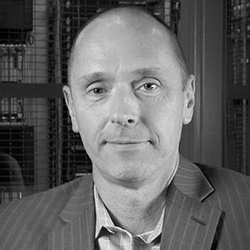 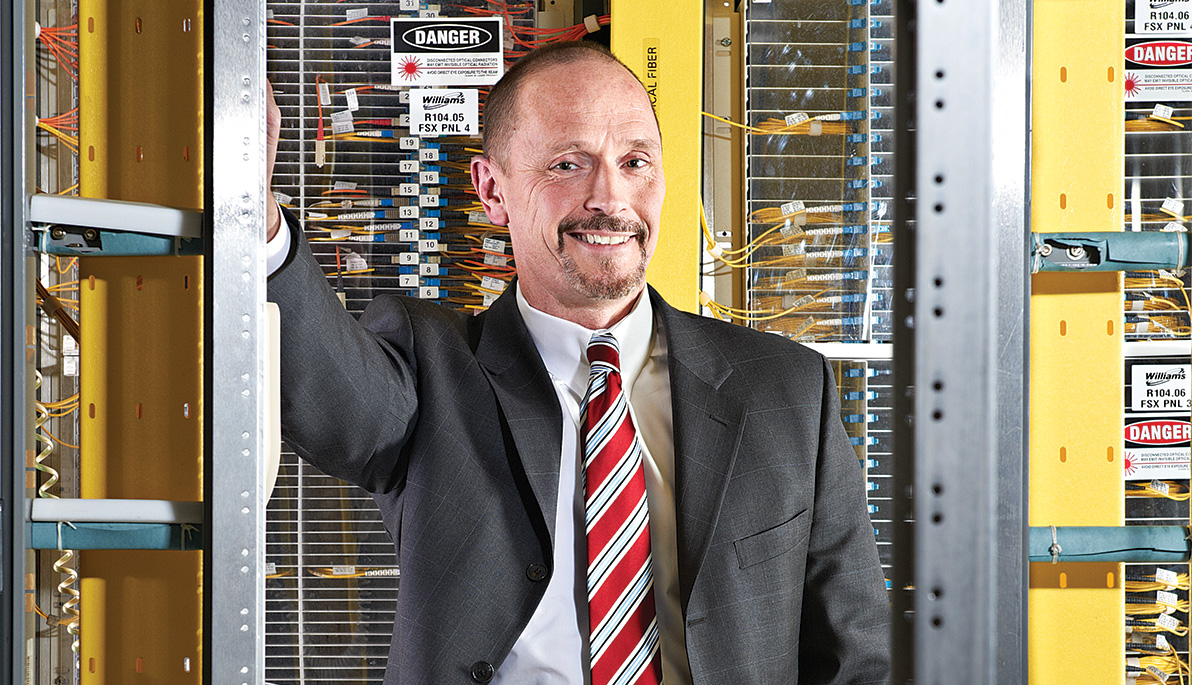 Today, Mooney is helping safeguard something that impacts every person with a smartphone, laptop, or other communications device in the entire northeast United States. As property manager for Colliers International, he oversees the energy management processes and operations at 60 Hudson Street in downtown Manhattan. Once known as the Western Union Building and home that company’s vast underground telegraph network from 1930 to 1973, this fiber-optic anchorage houses the infrastructure that helps fuel the digital lines of communication among financial centers, government agencies, and individuals worldwide. More than 100 telecom companies are housed within the carrier hotel, including Level 3 Communications, Sirius Telecom, Verizon, Sprint, Global Crossing, and many other carriers. If the Internet had a home address in the Northeast, this would be the place.

“This is the biggest telecommunications hub in the entire world,” says Mooney. He estimates that the facilities at 60 Hudson process an estimated two billion text messages, emails, phone calls, and other communications per hour, an exponential increase over the tow million messages sent daily during the Western Union days. Back then, pneumatic tubes connecting parts of New York City carried written messages inside capsules propelled by compressed air, traveling as fast as 35 miles per hour. (Text messaging, one could say, in its earliest days.)

The current telecommunication powerhouse at 60 Hudson is one of four in the United States, joining similar hubs in Chicago, Miami, and Los Angeles. “These four sites are really the core of the entire country,” Mooney says, referring to the digital communications backbone of the United States. “There are companies within a mile of Manhattan that have tried to re-create this but failed financially.”

Managing the building’s infrastructure and energy systems is a key component to ensuring that 60 Hudson runs smoothly. Mooney’s day-to-day operations include conducting energy and telecom audits, tenant relations, and managing capital projects for building modifications, security upgrades, and cooling tower and generator installations, among other tasks. 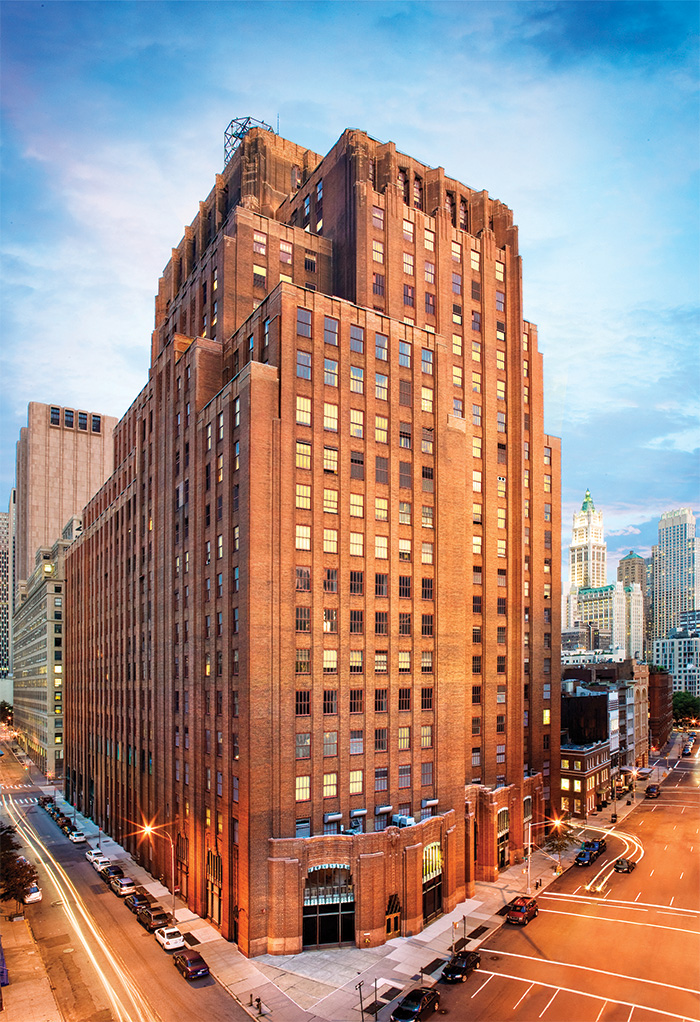 Designated a historic landmark in 1992 by the New York City Landmarks Preservation Commission, the iconic 60 Hudson Street boasts and Art Deco exterior and Guavastino tile ceiling in the main lobby.

“Typical commercial offices are often built and do not change for five years,” Mooney says. “In the telecom industry, technology moves at such a fast pace, so companies are constantly making modifications to their equipment.”

In the 13 years he has served as property manager at 60 Hudson, Mooney has seen hardware that once filled the building’s 60,000-square-foot floors reduced to a corner space. “Things have become so compact and more communications run through them,” he says. As a result, one of the his biggest dilemmas—and something New York Tech especially trained him for—is dealing with engineers who “over-engineer” their hardware and consequently consume more power from the building’s electrical grid.

“Shaun has done a phenomenal job in bringing energy management concepts from the classroom and into the facility,” says Peter Curtis (B.S. ’83, M.S. ’94), one of Mooney’s professors in NYIT College of Engineering and Computing Sciences.

Though Mooney attended classes at New York Tech’s Long Island and New York City campuses, he also enrolled in courses online. Today, the requirements for the master’s degree in energy management can be fulfilled entirely over the Internet. Such capability allows faculty to teach students located in New York as well as those in Russia, Greece, and France, for example. “With online education,” Curtis says, “you get different viewpoints from all over the world.”

Mooney gets his own share of global experience on the job. Representatives from companies in Japan, China, and England visit 60 Hudson regularly to explore business ventures as well as view installations of equipment to compare them to their own operations back home.

Hearing Mooney talk about 60 Hudson’s crucial role in the global communications network begs the inevitable “So, what would happen … ?” series of questions. He is understandably cagey regarding specifics.

“There are a thousand scenarios,” he says. “And I think about them all the time.”

Because only a small team is required to oversee building operations, one of the most pragmatic concerns during a crisis is ensuring that his colleagues can physically get to the office. During the Hurricane Sandy gas shortage that impacted the New York metro area, the Department of Homeland Security assisted in obtaining fuel and other needed supplies for 60 Hudson.

“I don’t think anyone who oversees the networks has done a single-point failure analysis on all of the them combined,” says Mooney. “There are lots of rumors and speculations. I’m not sure anyone really knows the full impact of possible incidents.”

During the 9/11 attacks, 60 Hudson’s strategic importance came to the forefront. Since the New York Department of Buildings and Department of Corrections were already anchor tenants, Mayor Rudolph Guiliani designated 60 Hudson as one of the city’s recovery control facilities after the Office of Emergency Management’s original offices located inside the World Trade Center were destroyed.

“We assisted in restoring the phone circuits, provided back-up power for operations, and acted as a liaison with telecomm companies to expand their Internet service,” says Mooney. “We also helped restore the city’s 911 circuits using wireless dishes from the roof connected to tenants in the building.”

Afterward, 60 Hudson was deemed so strategic that the U.S. National Guard surrounded the building for three months.

The event served as a learning experience, as does every disaster—natural or otherwise.

“After each storm or emergency we learn something new,” Mooney says. “We have it under control.”