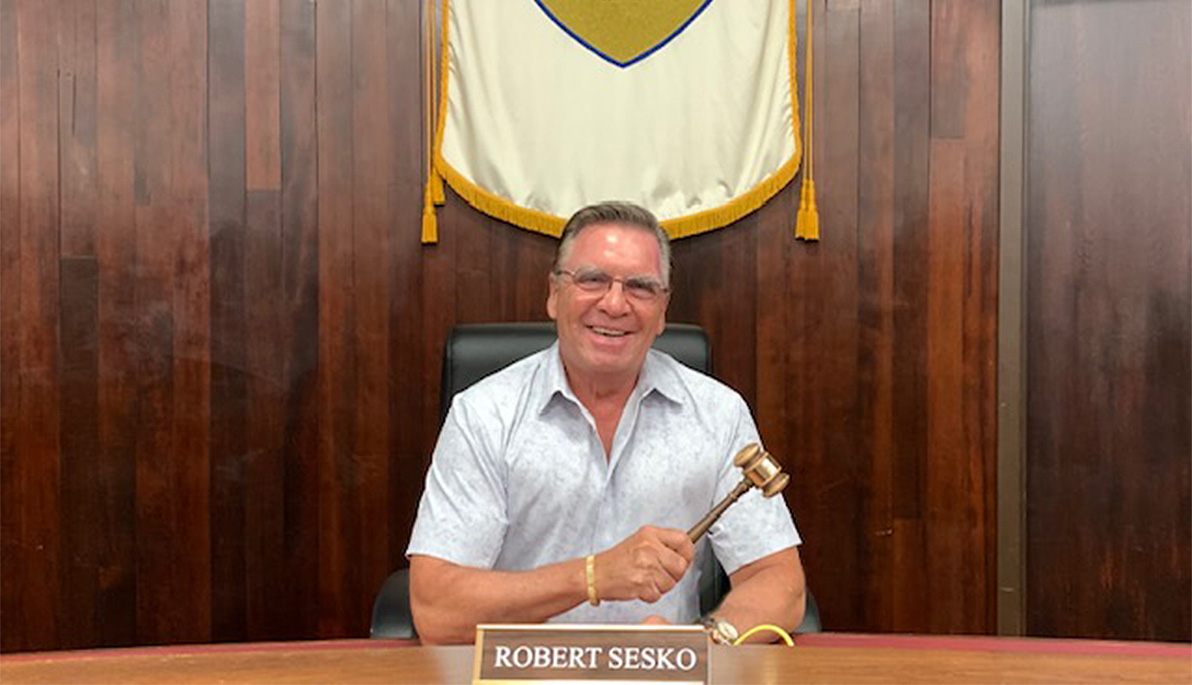 The Foundation of Success

When Robert C. Sesko (B.S. ’70) decided to attend New York Tech to study computer science in 1966, the field looked very different than it does today. “You have to realize that a major in computers was rare for a university at that time,” he says. “One paper I wrote at Tech was an industry research paper on the possibility of generating characters on a cathode ray tube. It was a different time.” While at New York Tech, Sesko was the editor of the newly created department magazine called Output for which computer science students were the main contributors.

After being recruited from New York Tech to join Bell Laboratories, Sesko worked as a programmer for the Anti-Ballistic Missile Systems SAFEGUARD project. He was responsible for coding the interface between the Perimeter Acquisition Radar in North Dakota and the Command and Control Center, housed in a location that is still classified by the government. In an interesting coincidence, his future wife, Myra, also worked for Bell Laboratories, coding algorithms for underwater sound research for the U.S. Navy. “I was in ‘outer space,’ and she was ‘underwater,’ so we never met on the job,” he muses. They met the following year at NYU, where they were both pursuing their master’s degree in operations research. They married in 1975 and have lived in Randolph, N.J., ever since.

Over the years, Sesko’s work in computer science led to many different opportunities, resulting in a fascinating and varied career. In an ever-changing field, Sesko was able to adapt and learn, allowing him to rise in the ranks as both the industry and the company he worked for evolved. He held titles such as director of systems engineering for network planning tools, technical chief of staff to the vice president, director of systems engineering, and more. He decided to retire in 2014 after leading worldwide teams in deploying and implementing tech solutions his company developed. Though it is now called Ericsson, Sesko spent his entire 44-year career with the same company.

In his retirement, Sesko and his wife have enjoyed a robust travel itinerary. Starting with a cross country driving trip, they moved on to the rest of the world with trips to Italy, the British Isles, France, Greece, Galápagos Islands, Israel, Jordan, Costa Rica, Patagonia (Chile and Argentina), Iceland, Kenya, Tanzania, and most recently Egypt. Between trips, Sesko is an active member of his local community, volunteering with his local Parrish, serving as chairman of the board of adjustment for Randolph Township, and acting as a volunteer bartender at the Mayo Performing Arts Center (MPAC) in Morristown, N.J. “The perfect job for me,” Sesko quips.

“I feel very lucky to have had such interesting and stimulating jobs and seeing the huge changes in telecom technology up close,” Sesko says. “From using UNIX mail to corporate and university networks, to fiber-based networks providing broadband services on your mobile phone. I’ve seen it all.”