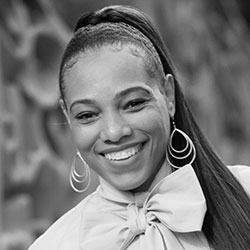 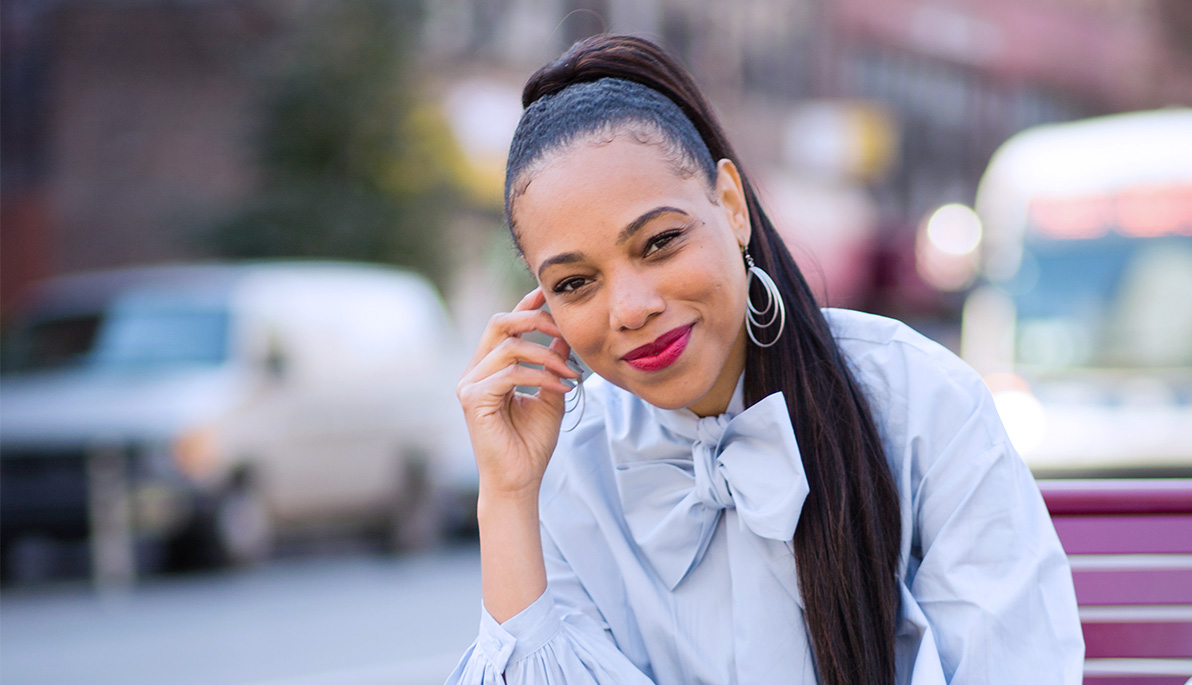 “Entertainment was a big part of my life; I always intended to follow a creative career path,” says New York and Los Angeles-based producer Maureen Aladin. Her first serious creative venture was as writer for a BET special on musician Terence Blanchard, who composed soundtracks for many of Spike Lee's films. When she decided to get her master’s in computer science at NYIT (after studying political science as an undergrad) she says she felt sure “it was going to be nerdy.” Still, she wanted a degree that would help pay back her student loans—and ultimately aid her in her chosen field.

“I hadn't taken any computer science classes before,” she says. “I had to rise to the challenge and learn at NYIT…but the classes were small, and I never lacked for the attention I needed.” Aladin liked the database classes most of all, and what she learned in school has turned out to be invaluable in her chosen career. “It's been useful for producing, understanding how to build a website, and especially how to use the analytics and the back-end portion of what we're doing for marketing the content we produce,” she says.

While studying at NYIT, she started an online music show called the M-Spot, which she describes as an “indie version of AOL Sessions.” She loved putting the show together, and it quickly developed a following. Eventually, in addition to the M-Spot online, Aladin produced a bi-monthly live-music version of the show at the Bowery Poetry Club in Manhattan.

Following the 2010 Haiti earthquake, Aladin produced a music video, “Better,” with Grammy Award-winners Melky and Wyclef Jean that helped raise money for the relief effort. The video got 1.4 million views on the video-streaming site VEVO.

In 2013, Aladin founded Twelve18 Media, a company that specializes in digital content production and social media consultation. She raised $10,000 in a Kickstarter campaign to launch Comida Caliente, a reality-style online cooking show about a Mexican-American family from Houston, which Aladin describes as “off-the-hook funny.” Then she took her proceeds from Comida Caliente and put them toward another project, My Life Offline, a web series that follows the lives of three top natural black hair vloggers. For Aladin, the project was political as well as entertaining. “Black hair has a history to it,” she says. “For a long time, the definition of black beauty was rooted in ideals of European beauty. A lot of women felt they needed to transform their beauty into something else.” By contrast, My Life Offline, she says, is all about “enforcing self-love.”

Next up for Aladin is producing new seasons of her two reality shows and a fitness show and marketing a line of perfumes, Fragrances of Wine, which she operates with her siblings. “I come from a strong family. They've always made me feel great about who I was. People often see themselves as one dimensional, but that's not true, we are multidimensional,” she says. “All these projects are a reflection of me.”