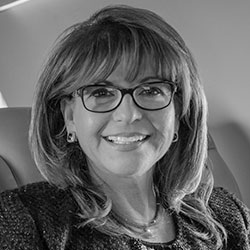 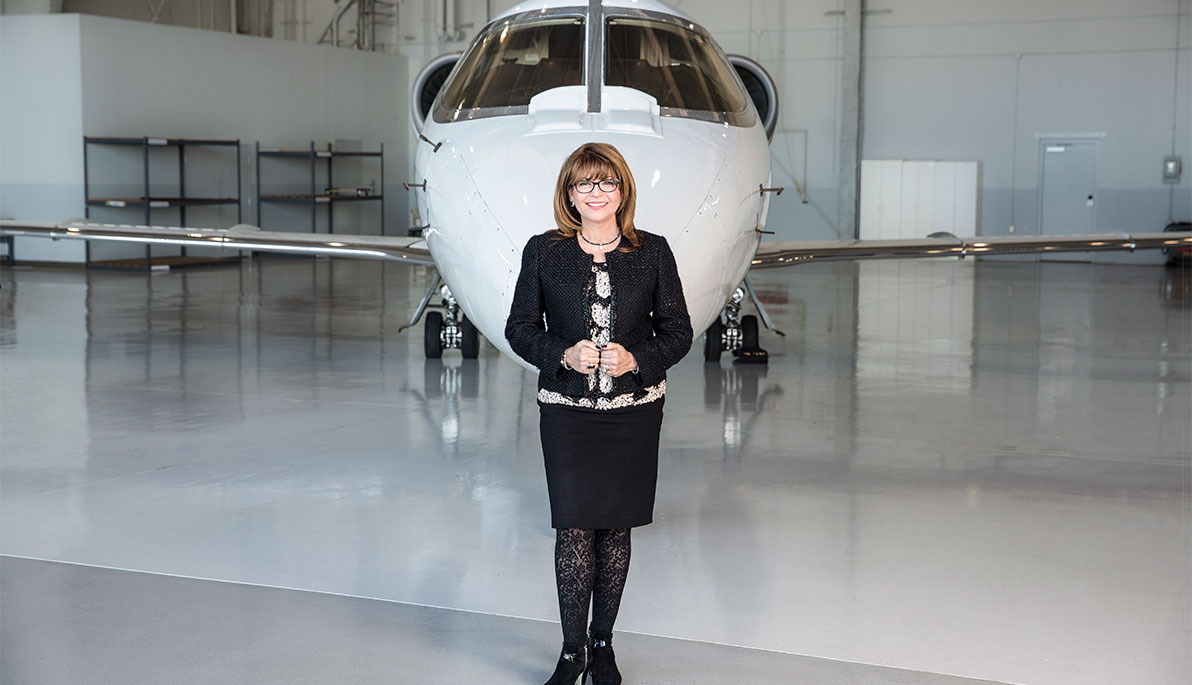 Maria Sastre (B.S. ’81, M.B.A. ’83), president and COO of private aviation company Signature Flight Support, knows that it takes hard work to be successful. “I don’t like excuses or entitlement,” she says. “I have a real problem with the idea that everything should come easy.” Sastre, who was included in Fortune’s “The 50 Most Powerful Latinas of 2017,” has taken those words to heart. “My skull is cracked,” she laughs, “but the ceiling isn’t. … In the world of business, 94 percent of the CEOs are men.” Still, she says she’s never worn her ethnicity or gender on her sleeve. “I have been more intent on setting an example and being an effective leader with core values who runs a team with the vision to be as engaged and tenacious as they can.”

Her own vision started in the 1980s. Eastern Airlines was one of the nation’s four major airlines, and their hub was in Miami, not far from where Sastre was studying at Florida International University. She discovered that Eastern had a management development program at NYIT and applied. “Eastern offered me the chance to finish my B.S. at NYIT. I passed all the tests and transferred.” But Sastre never had to attend class in New York because Eastern flew NYIT professors to Florida on the weekends. When Eastern implemented a two-year executive M.B.A. program with NYIT, Sastre took advantage of that opportunity as well. “What was really important was that I was working in a real-time business environment and taking business courses on the weekends—finance, statistics, organizational effectiveness, and marketing,” she says.

Sastre also started a family while she was pursuing her M.B.A. “I even did a project that explored embedding day care in a corporate environment.” After graduating, Sastre became one of the first two women in the finance department at Eastern. “The M.B.A. was my ticket to finance,” she says. She took on a larger operations role supporting Eastern’s international locations and then went into sales administration. Then Eastern went bankrupt.

Sastre moved to Continental Airlines and then to United Airlines, where she became vice president of 30 markets focused on international sales in Europe, Asia, and Latin America. She left the airline business to run hotel operations for Royal Caribbean and Celebrity Cruises, then led a nonprofit for a year and a half before joining Signature as COO in 2010; she became president in 2014. “Success is a marathon, it’s not a sprint,” she says of her career. As for budding executives wishing to follow in her footsteps, she advises, “Be persistent and work hard.” And don’t forget to challenge yourself: “Pace yourself and never stop learning. And always have a positive attitude. When failure happens, if you reframe it in a positive way as a learning experience, you will be very successful.”