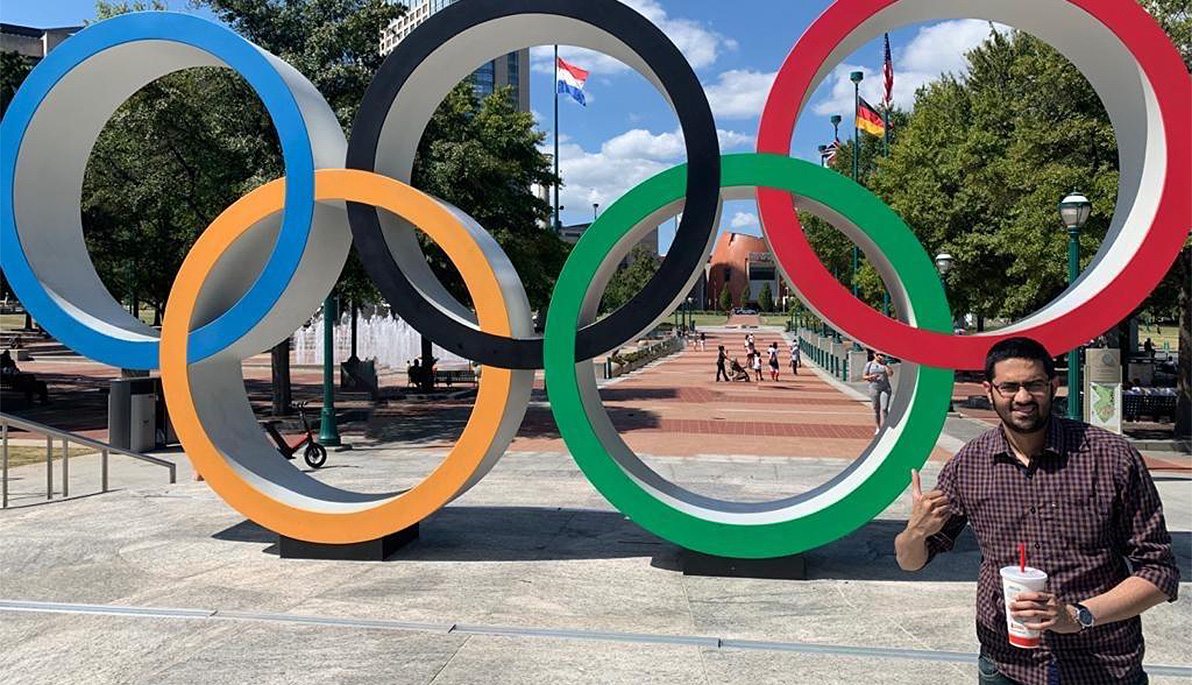 Mastering the Language of Code

While working at his family’s electrical control panel business in Pune, India, Kunal Kamlesh Kulkarni (M.S. ’19) became inspired to learn about computer programming to help the company run more efficiently. With a background in electrical engineering, he had some catching up to do when it came to learning the language of code. His time at New York Institute of Technology not only gave him the fundamentals he was looking for, but expanded his horizons in ways he was not anticipating. He sat down with The Box to talk about his time at New York Tech, and what the future holds.

You were inspired to learn about computer programming while working at your family’s business. What was it that sparked your interest?
My father specializes in designing and manufacturing electrical control panels for use in residential apartments, shopping centers, and similar places to distribute electricity.

I thought this was a brilliant idea and wanted to help. I had completed my bachelor’s degree in electrical engineering at Savitribai Phule Pune University, and while I had been introduced to computer programming, it was just a beginner’s course so I didn’t have enough knowledge to be a part of this project. This is what inspired me to pursue my master’s in computer science.

Why did you choose New York Tech?
When I was looking into programs, I found that the computer science program here was a perfect match for me. I needed a few foundational courses in computer science to have a better understanding of the fundamentals. The computer science courses at New York Tech provided that. I also had the option to take electives in subjects that really sparked my interest, such as database systems and software engineering.

I was also excited about New York Tech’s Entrepreneurship Technology and Innovation Center (ETIC). The ETIC allows you to get involved in projects from various fields in computer science such as software engineering, big data analytics, and cybersecurity, just to name a few. Getting involved in those projects gives you a practical, hands-on experience and can help launch you into a successful career after graduation.

What excites you most about your field of study?
Computer science is a vast field and it continues to grow. All the applications that we see and use, like Facebook, YouTube, WhatsApp, and all the websites that we visit exist because someone took computer programming and applied it in order to solve a real world problem. It’s really very powerful.

I had a chance to put these tools into action in a meaningful way during my last semester. I worked on a project called The Coffee Box Assembler with fellow students Arjun Walia and Jay Patel. For the project, we built an assistive technology (an electromechanical device) for people with disabilities that would enable them to work more productively. At AHRC Freeport, people with cognitive and/or physical disabilities are employed assembling coffee boxes, but dexterity issues make some of the assembly steps difficult. Our device simplified the hard part of the process with a start button.

I worked on the project as a software engineer, and the whole experience helped me to improve my programming skills, problem-solving skills, and teamwork skills. We entered The Coffee Box Assembler into the New York State Industries for the Disabled (NYISID) CREATE Symposium, a state-level competition between the universities of New York State. Though our project didn’t make it to the top three, the judges appreciated our efforts and we felt very proud of the work we had done.

What was your New York Tech experience like?
New York Tech was definitely the right place for me. Being involved in a lot of projects and activities really enriched the experience. I was primarily involved with the projects at the ETIC, but I was also a part of the Association for Computer Machinery (ACM) group.

During my last semester, in addition to the NYSID-CREATE Symposium, I also participated in The Long Island Business Plan Competition, in which our team came in the top six and qualified for the finals.

Participating in these competitions taught me so much. They gave me the hands-on experience of working on an actual project. We came up against so many challenges, but our team worked hard and we successfully found solutions to the problems that we faced.

What does the future hold for you?
I continue to grow more and more passionate about coding and programming. I hope to work somewhere where I can use my knowledge to build something. New York Tech has really helped me on this path. I took courses such as Java programming, data structures, and algorithm concepts. Taking these courses improved my programming skills a lot. I got a better understanding of how to use programming languages in actual practical applications.