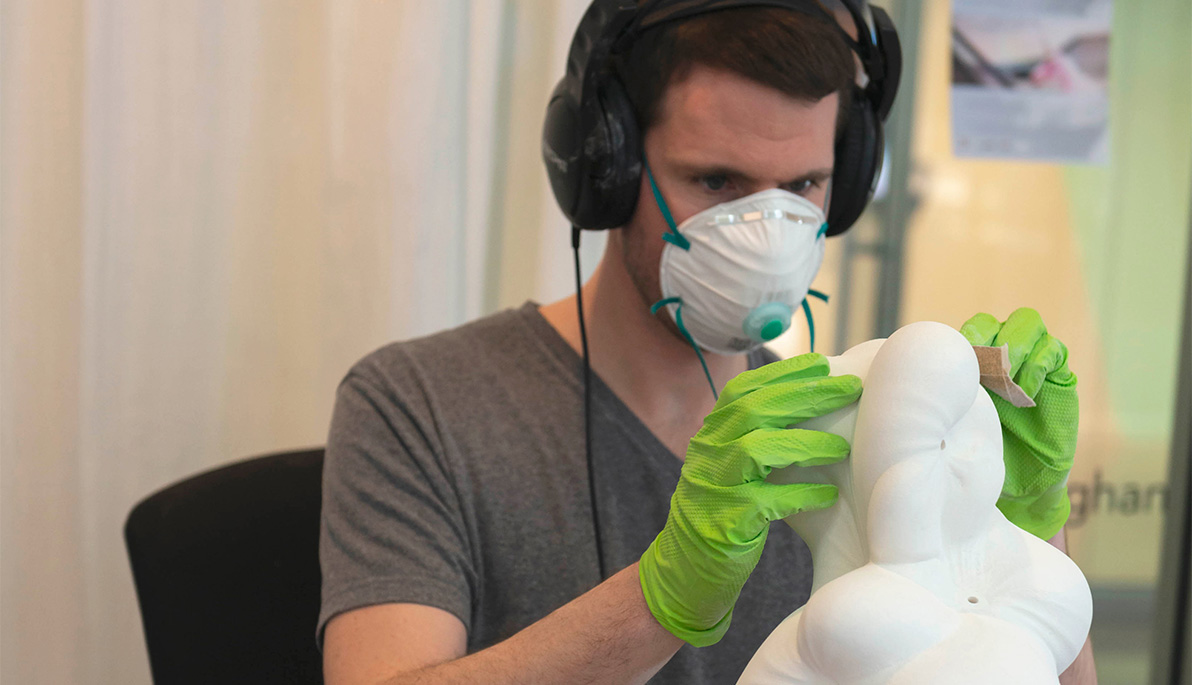 When playing video games as a child, Jonathan Monaghan (B.F.A. ’08) was more interested in exploring the created environments rather than playing the actual game.

“My first artistic interests were not traditional painters, sculptors, or even video artists, but video game designers and science fiction movies,” he says. “So, I studied computer graphics at New York Tech with the intent to work in Hollywood or make video games or commercials.” But once he got here, he became more interested in contemporary art, specifically video art, as well as sculpture through 3-D printing.

Monaghan works across a range of media, including prints, sculpture, and computer animated video to create his pieces, which have been displayed in museums around the world. He sat down with The Box to talk about his career and his time at New York Tech.

Why did you choose to study at New York Tech?
New York Tech has a substantial history in the field of CGI (computer-aided imagery). The Computer Graphics Lab in the late 1970s and 1980s was consequential in the development of CGI as we know it today. Since I had this interest in computer animation, New York Tech was a natural fit. The school also gave me a great scholarship, which helped my decision.

What are some of your fondest memories as a student?
Connecting with professors was the best part. They were so helpful and made themselves available. I guess they saw some potential in me and would recommend me to outside professionals for side work in the field, which was tremendously valuable. I was also exposed to 3-D printing and digital fabrication and got to work on a large digital art exhibition in China in my senior year. 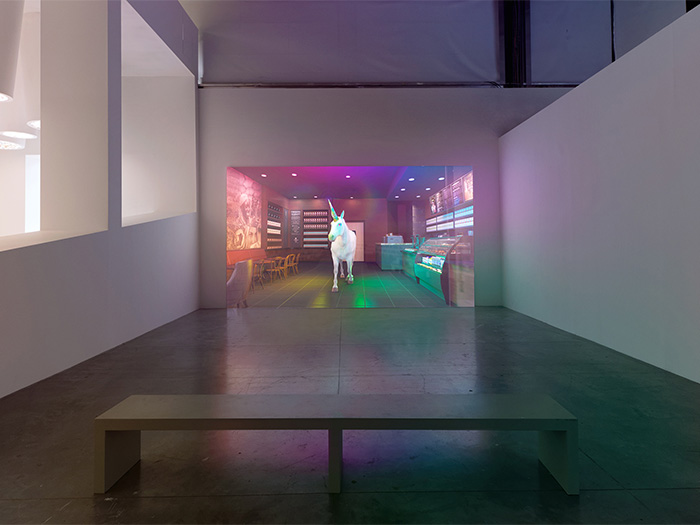 Tell us about your career.
I am a visual artist using computer animation and digital fabrication to make my work. I have installed my animations at the Sundance Film Festival, the Hermitage Museum in Saint Petersburg, Russia, and the Palais de Tokyo in Paris. My art has been featured in several media outlets, including The New York Times, Vogue, and The Washington Post. My work also sits in numerous public and private collections, including the Crystal Bridges Museum of American Art and the Washington D.C. Art Bank Collection.

When you look at your career journey, what are you most proud of?
In 2018, I installed a computer animation at a group exhibition at the Palais de Tokyo in Paris. With an estimated 820,000 visitors annually, the Palais de Tokyo is one of the largest and most prestigious contemporary art venues in the world and the largest in France. For the exhibition, the museum decided to use a still from my work in the large prominent poster outside the building and posters around the city of Paris. Seeing that was really special.

What is the most challenging part and the most rewarding part about what you do today?
It can take a lot of resources and work to create a really exciting art exhibition or project, and managing all that is challenging for sure. But stressing out and working like crazy on a show is all worth it when you see people experiencing and engaging with your work. When you can see that your art makes an impact on someone, that is the best feeling.

What advice would you give to incoming students at New York Tech?
The first year of college is tough. It is quite a transition. Stick with it and follow where it leads you.