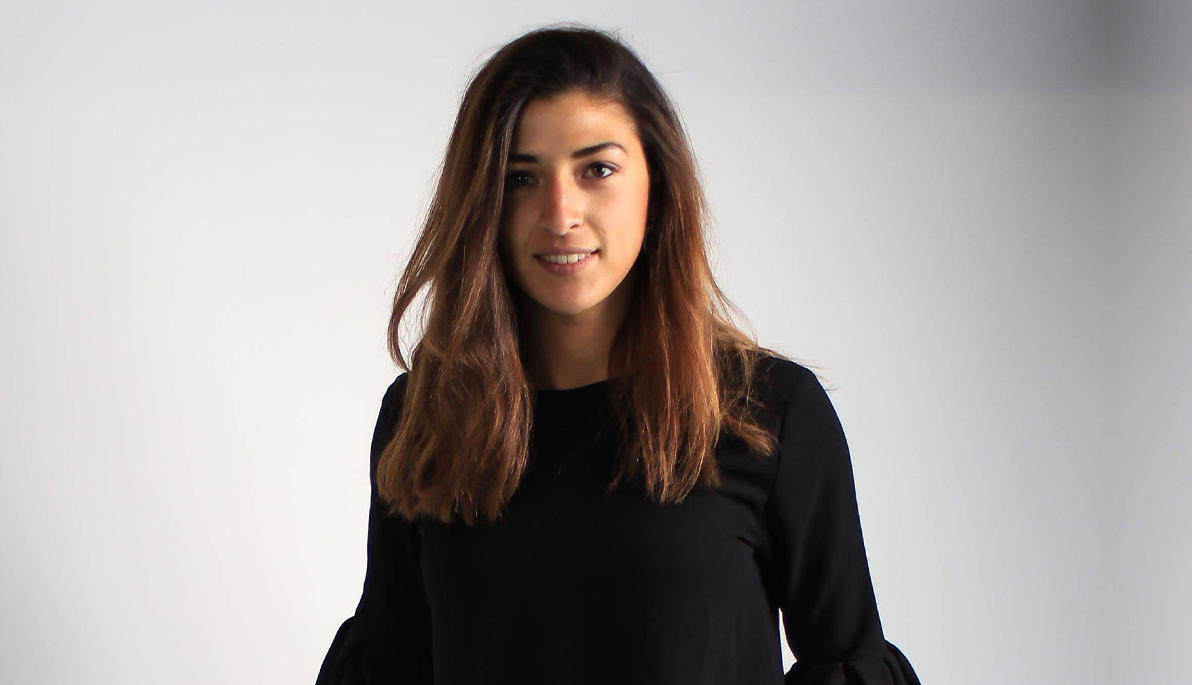 Originally from Cairo, Egypt, Dina Ragab Selecky came to New York with a basketball dream. “I played basketball my whole life, and my dream was to come to America and play at the college level,” she says. When researching and applying to schools in the United States, she came across New York Tech. “Once I started talking to the coaches, it sounded like a great fit, not just because of the team and its diversity, but also because there were opportunities academically.”

She started her undergraduate studies in marketing in 2012 while playing on the women’s basketball team and soon jumped into her first internship in marketing and social media with an off-Broadway dance company.

As she continued her studies, she flourished. After receiving an undergraduate degree in marketing, she stayed at New York Teck to pursue her M.B.A. As a graduate student, Selecky worked as a research assistant and published several papers, including one she co-authored with Associate Professor Joshua Bienstock, L.L.M., J.D., and former Assistant Professor Amr Swid, Ph.D., titled “U.S. Campus Orientation Programs for International Students: University and Student Preferences.” It was presented at the ISERD International Conference on Economics Management and Social Study in Egypt in 2018.

She also met her husband, Matej Selecky (B.S. ’18, M.B.A. ’21), a finance major who was on the tennis team. The two even ended up working together at dental group The Smilist after she completed her M.B.A. Working there, Selecky says she learned more about finance and business development and realized that she wanted to focus her career on healthcare.

Selecky ultimately landed a full-time position as vice president for strategy and growth at Health Plus Management (HPM), a physician support organization focused on the orthopedic, physical medicine, and rehabilitation markets. “As a basketball player, I had a ton of injuries, so it’s interesting now to be able to support these kinds of providers,” she says. “I’ve had to go through a lot of physical therapy, so it’s all very relatable.”

In her role, Selecky leads due diligence and integrations for new independent physician practices who are looking to join HPM’s network, which provides backend support systems, including staffing and recruiting, finance and bookkeeping, revenue management, marketing, benefits and human resource management, compliance structures, and more.

“We’re putting in scalable solutions where our infrastructure supports all the growth, while working on the business development side, reaching out to providers, talking to different doctors, and making sure that they understand our platform and what we can offer them.” Selecky found her path by jumping into some unexpected lanes. “Don’t put yourself in a box,” she says. “Try different things, even some of the things that may not be as appealing, because you can meet people along the way that can change your perspective or give you different opportunities. You may surprise yourself and realize this is something you’re actually good at or comes very easily to you.”

Selecky adds, “Building a good work ethic plays a huge role later in your career as well. You may not be the smartest or the most experienced, but a great work ethic can go a long way.”