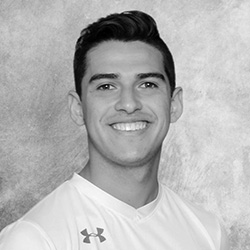 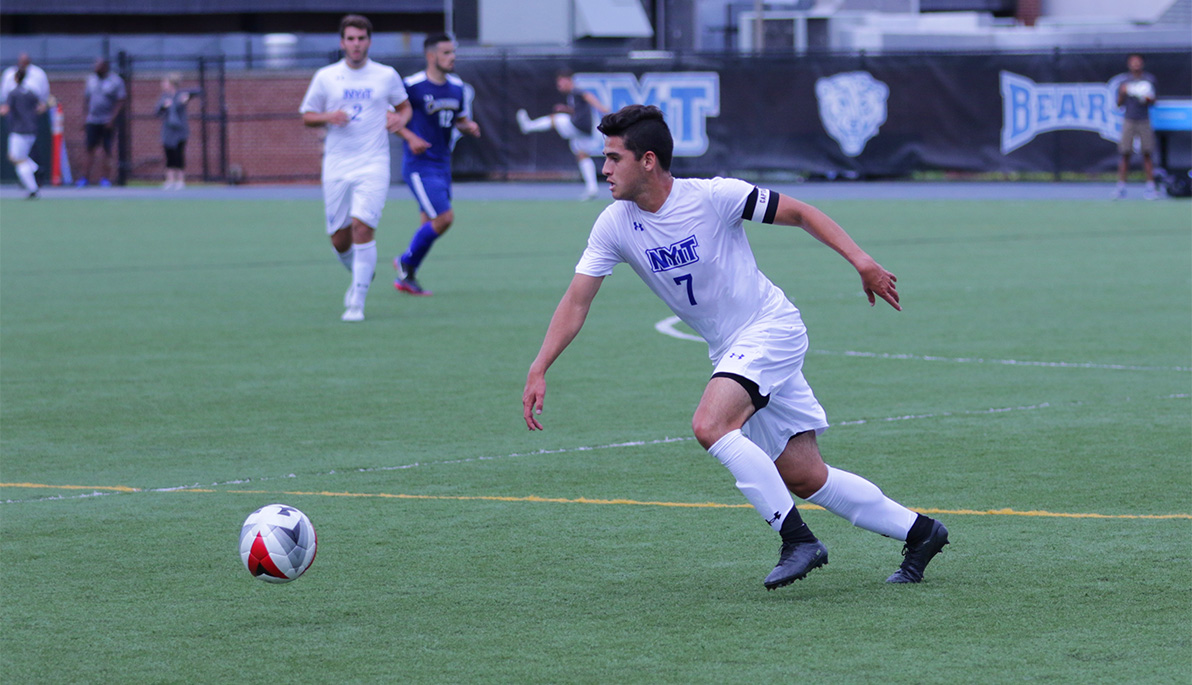 During a recruiting trip to Costa Rica in December 2013, the attention of NYIT Men’s Soccer Coach Carlos Delcid gravitated to a 16-year-old midfielder competing in an event in the capital of San Jose.

“I was in Costa Rica, and there were [about] 90 players there,” Delcid said about the Central American recruiting trip. “It was a four-day tryout and very hot—like 90 degrees. There were guys who stood out on different days. What set Carlos apart was that he was the most consistent player all four days.”

Delcid was looking to fill a center back spot, not a midfielder at the time, but Coto was so impressive, that he changed his strategy and offered Coto a spot on the team. “He was one of the skinniest players and smallest players,” Delcid said. “Carlos Coto just stood out every time he was on the field.”

After his junior season, during which he was limited to six matches due to a toe injury, Coto returned in full force as a senior in fall 2017. He earned first-team All-East Coast Conference (ECC) honors and became a United Soccer Coaches Association third-team all-region selection. He also completed his NYIT career with seven goals and six assists in 61 matches (54 starts) and led the Bears in both categories as a senior, with four goals and five assists.

Coto served as captain of the Bears for three years. Now that he’s graduated, he has a lot to reflect on. “Hands down the best soccer moment I had at NYIT team-wise was as a freshman back in 2014, when we won the ECC Championship against LIU Post at President’s Stadium,” said Coto. “I couldn’t have asked for a better start to my collegiate career. Personally, the best soccer moment was my final season. … I came back in the best shape I have ever been in and was able to finish my collegiate career in the best possible way.”

Coto, a psychology major, was a star off the field as well. He was presented with the Ryan T. Caulfield Award for outstanding male student-athlete in May 2018. He also served as a student ambassador with the admission’s office, leading campus tours for four years.

His next stop is the University of Denver Graduate School of Professional Psychology where he plans to pursue a master’s degree in sports and performance psychology.

“My ultimate professional goal is to be the sport psychologist for a Division I powerhouse,” he said. “But I am always open to new opportunities, and being a coach is something that has always been in my head as well. I enjoy collegiate athletics, so I would like to stay involved with college sports.”

Coto said he will fondly look back on his time at NYIT while continuing his education in the Mile High City.

“I always had the desire to come to the United States to study, while still being able to play the sport I love at a competitive level,” he said. “I did not have the chance to speak personally to [Coach Delcid at the tournament in San Jose in 2013], but I remember a couple of days after that tournament I was told the coach from NYIT had made an offer, in what I recall as one of the happiest days of my life.”

“You have to recruit people with great character,” Delcid said. “When I met Carlos and his family, I knew right away that we had the right guy.”