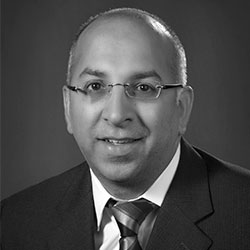 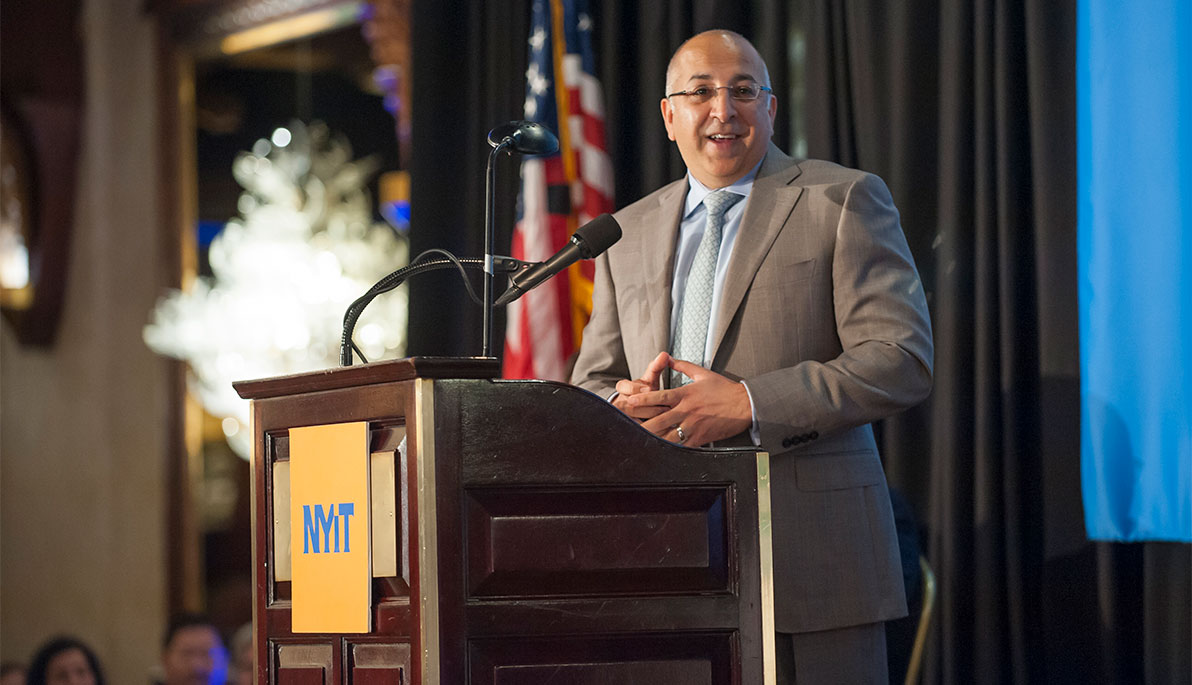 Preparing Doctors for a Lifetime of Wellness

At the White Coat Ceremony for NYIT College of Osteopathic Medicine’s (NYITCOM) Class of 2021, keynote speaker and Alumnus of the Year Atul Kukar, D.O., said, “Some say [the white coat] is just a symbol of the beginning of your career, but most feel it’s much more. … It’s an official and public commitment to a lifelong practice in medicine.” Kukar has embodied that commitment throughout his career. As a student at NYITCOM, Kukar thought he wanted to be a pediatrician but changed his focus to cardiology after taking an elective in the subject. He went on to serve as a chief resident at St. Luke’s Roosevelt Hospital in Manhattan and later earned a spot in a highly competitive cardiology and endovascular intervention fellowship at Lenox Hill Hospital. After working as an attending physician of cardiovascular medicine and associate director of peripheral intervention at Lenox Hill, Kukar changed direction and is now chief ofcardiology at Mount Sinai Queens in Astoria.

Kukar has also dedicated himself to the education and wellness of the next generation of osteopathic physicians. “I got through medical school because of my friends and my family. I had everything I needed to be successful,” he says. But he also knows not everyone is as fortunate as he was. “It’s as important for physicians to care for themselves as it is to care for their patients,” he says. “There’s physician burnout, but there is also medical school burnout—and that is probably worse.” When he learned that NYITCOM students were building a new Healing Path on the Long Island campus to promote wellness and provide a serene space for reflection, he and his wife immediately donated to the cause. The Healing Path, which officially opened in October, and its messages of compassion, teamwork, and mindfulness resonate with Kukar, and he would like to do more to help medical students make the transition from student to practicing physician. Not only is he on NYITCOM’s advisory board, but he and his wife also established an annual scholarship named for his father-in-law, who was also an osteopathic physician.

Kukar remembers well the difficult first years of medical school. To succeed, he had to rethink his studying habits and shift to a team/group approach. “It was a different kind of studying,” he says. “We taught each other the lectures, and we learned from each other. Group study got me through medical school. There is no right way to study; there is only learning what is best for you.” To help today’s students, he plans to develop a program that matches a new medical student from day one with a mentor who has completed his or her residency and can help the younger student if they are struggling. “It’s big sister/big brother sort of approach,” he says. “It’s crucial for medical students to realize they are not alone.”