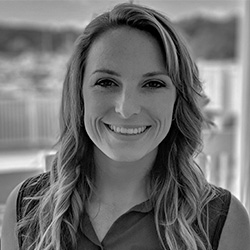 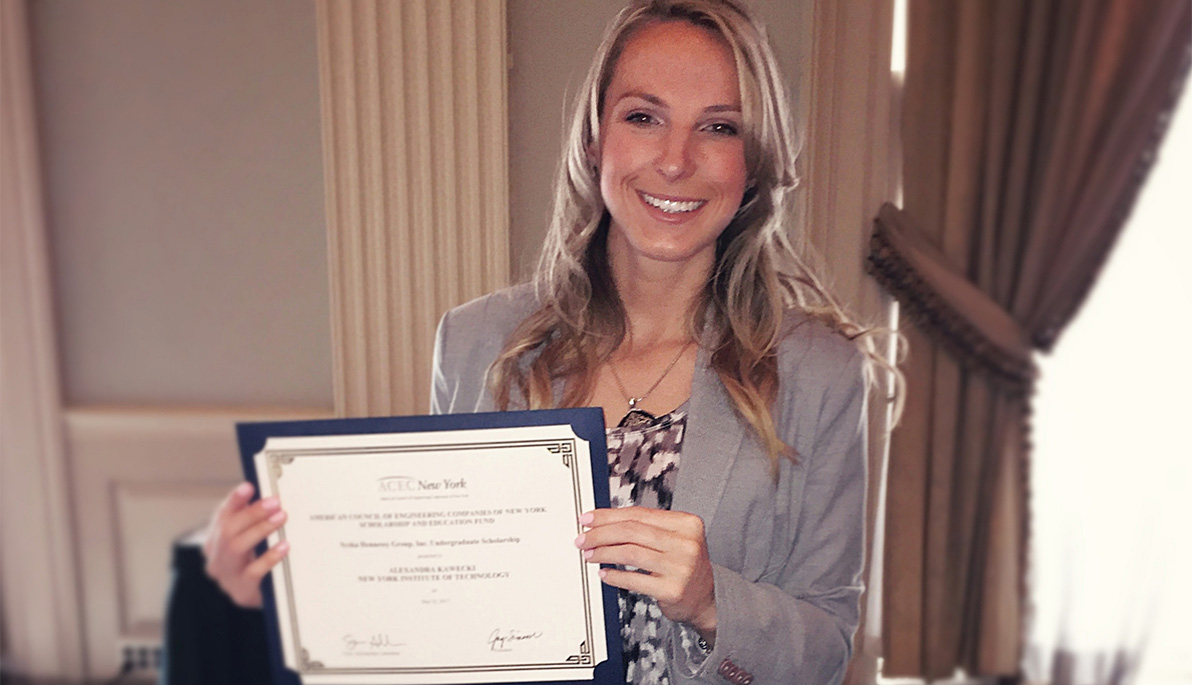 Something Fishy Isn’t Going On

Working in a fish market for four years had nothing to do with Alexandra Kawecki's goal of becoming a mechanical engineer, but the mechanical engineering grad has kept that job on her résumé for a reason. “It’s an eye-catcher,” the Northport (N.Y). native says. “Every company I’ve interviewed with questions me about it.” Kawecki says you shouldn’t shy away from standing out from others, especially in “weird ways.”

These days, the fish market is far behind her. After receiving a bachelor’s degree in mechanical engineering from NYIT last spring, Kawecki went straight to work in the commissioning department of Syska Hennessy Group, a global consulting, commissioning, and engineering firm. She had caught the company’s attention while she was still at NYIT and won a scholarship Syska was offering. “The company’s president said if I was interested in working for them I should follow up during my senior year,” Kawecki says. “I went to the interview and accepted their offer.”

As a commissioning engineer, Kawecki wears a variety of hats by writing test reports, developing energy efficient systems, working with engineers and contractors to address issues, and field-testing HVAC and other equipment. “It’s stimulating to work with people in different fields and hearing about their part in the project,” she says. “I enjoy that I get to split my time up being in the office and out in the field.”

At NYIT, Kawecki was active in the American Society of Mechanical Engineers (ASME) and participated in three competitions. “Most of the time, I was the only girl in the club,” she says. “I would hope the club continues to gain the interest of female engineers. ASME is a great way to break out of your comfort zone. I learned to weld, use the different machine shops, and work with motors. These skills helped me stand out and impressed companies that I interviewed with.”