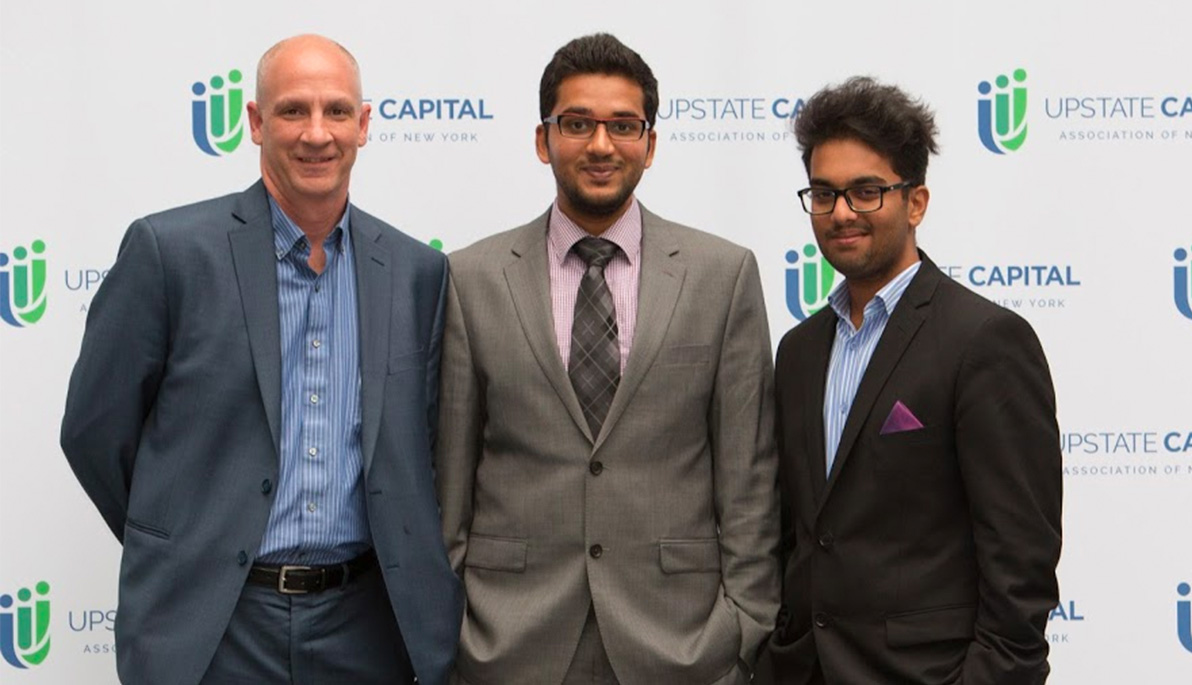 You found a great deal on a couch at Ikea. You’re about to purchase the item and discover you can’t carry it home and the shipping fee will be as much as the couch. Suddenly, it’s not much of a deal.

Crater will connect consumers with a driver with a pick-up truck to transport large items to their destination.

Enter Crater—an on-demand transportation service app created by two NYIT School of Engineering and Computing Sciences students. “Drivers with a pick-up truck can sign up on the Crater app and connect with consumers who want to transport their goods within a particular geographic location,” explained Salman Javid Malik, a master’s candidate in computer science and co-developer of the app.

Following a model similar to those of Uber and Lyft, Crater will connect consumers with a driver with a pick-up truck to deliver large-size items to their destination.

Malik developed the app with his classmate Vignesh Harish, a master’s candidate in information, network, and computer security, through the Student Entrepreneurship Program in the Entrepreneurship and Technology Innovation Center (ETIC) and under the guidance of Director Michael Nizich, Ph.D. “[The Student Entrepreneurship Program] encourages students to be a part of the ETIC and provides a gateway towards starting an entrepreneurial journey at NYIT,” said Malik. “The workshop inspired us in developing a comprehensive business plan and enabled us to collaborate with fellow students.”

After learning about the Long Island Business Plan Competition (which was held in Long Beach, N.Y., in April), Harish and Malik immediately jumped on the opportunity. The annual competition encourages students from Long Island colleges and universities to think like entrepreneurs and develop their own business. The top three winning teams advanced to the New York State Business Plan Competition (NYSBPC) in Albany.

The duo’s initial excitement about entering the competition quickly gave way to nerves. “We were not sure if the idea was good enough,” said Harish.

Luckily, Nizich was there to allay their jitters. “He has been an incredible mentor,” Harish said. “Professor Nizich inspired and motivated us and told us the project would be a success. He explained to us what to expect from the competition and how to present our idea.”

“Our idea received positive feedback,” said Malik. Added Harish, “People were very welcoming to the idea of an Uber-style pick-up truck. After the competition, the judges and co-participants told us our idea is something that could help the everyday consumer.”

While they didn’t walk away with a prize at NYSBPC, Harish and Malik plan to move forward with their idea and build a prototype and roll out the application. “NYIT provided us with a platform to learn and develop our ideas and provided the resources,” said Harish. “The ETIC is a great development space for any start-up project.”