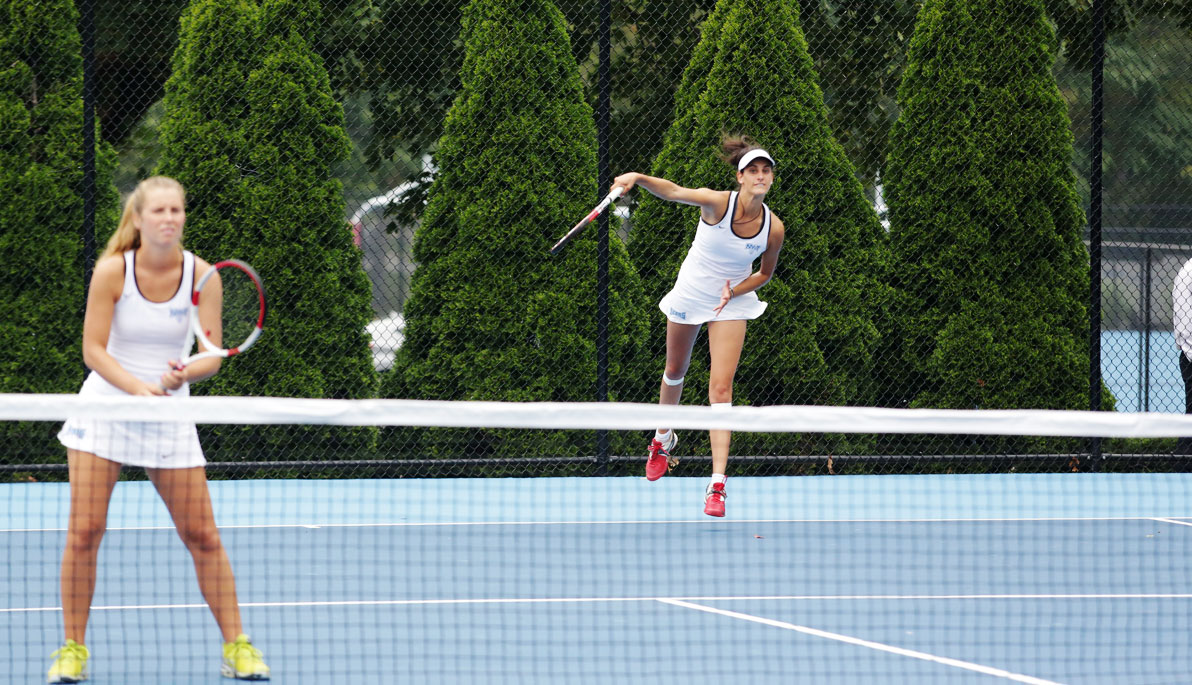 Justyna Krol and Alessia Rossetti know that two is better than one. They will travel to Sumter, S.C., to compete in the U.S. Tennis Association/Intercollegiate Tennis Association's Small College National Championship on Oct. 15-18. Together, they are one of eight doubles teams—selected as the best in Division II of the National Collegiate Athletic Association (NCAA)—to earn spots on the championship court. Rossetti will also play in the competition's singles event.

"Going to nationals is a huge achievement and great exposure for our tennis program," says Rossetti. "Hopefully potential recruits will see this and consider coming to NYIT."

The pair's chemistry on the court stems from their friendship off it. "Some doubles partners simply don't like each other," says Krol. "The fact that we are friends and get along helps us."

Both women are fierce competitors who look out for each other. "I know if I drop my focus for a moment, Justy will be there, stepping up for me and making sure we don't give the match away for free," says Rossetti. "We also love to be creative on the court."

The friends and doubles partners also share a common background. They are both from Europe (Krol is from Chorzow, Poland, and Rossetti is from Minusio, Switzerland), and they both came to the United States to pursue their dreams of combining athletics competition and education. At NYIT, Krol is a senior majoring in marketing; Rossetti is a junior studying business management. They were drawn to NYIT's tennis program for its many merits, notably its competitive reputation and high national ranking by ITA (as high as 11th in 2014) in the NCAA Division II.

Off the court, Krol and Rossetti enjoy exploring New York City, where they occasionally indulge in Chipotle, their favorite American food, and go to sporting events. They attended the 2015 U.S. Open together, something they consider a once-in-a-lifetime experience, and took the opportunity to closely observe how the tennis pros approach the game. They'll apply what they learned there and more at nationals.