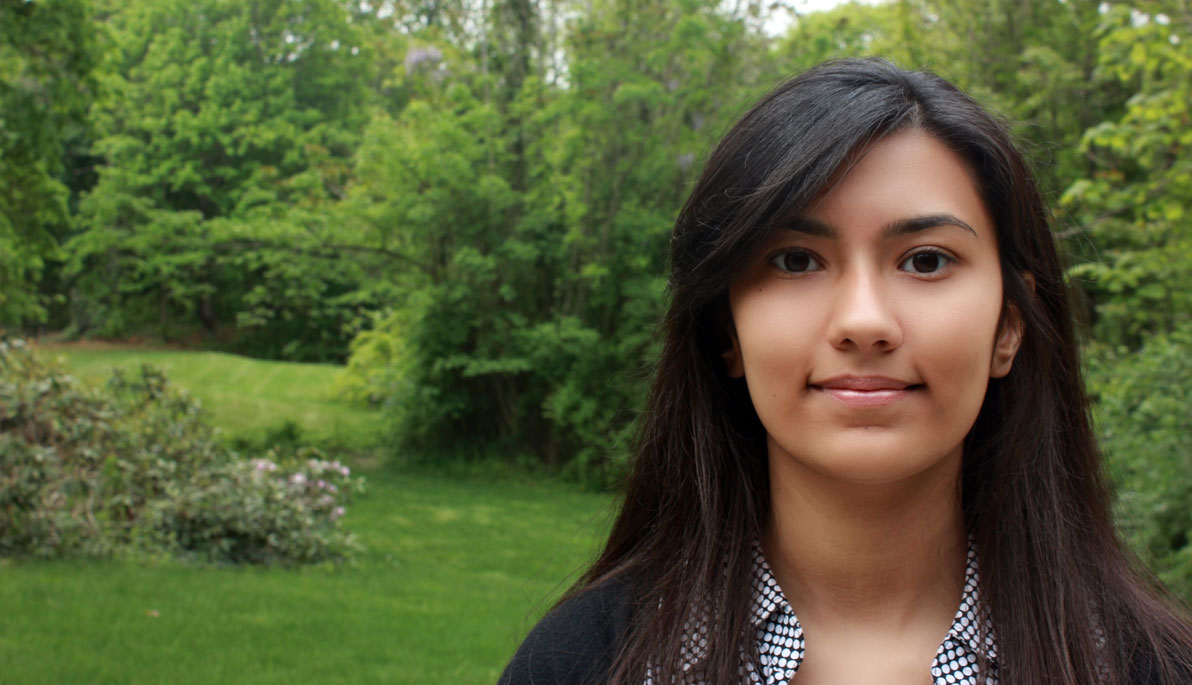 "I came to NYIT because there’s a medical school on campus," says Huda, who capped her first year at NYIT in the B.S./D.O. program by winning a scholarship from Phi Eta Sigma Honor Society, the oldest and largest U.S. honor society for freshman college students. "There are many opportunities to do things here like volunteer for Relay for Life or work on research projects with NYIT College of Osteopathic Medicine."

Huda’s love of medicine started to form at age 15, when she joined the Wantagh-Levittown Volunteer Ambulance Corps in Long Island, N.Y. As a volunteer, she learned to give first aid and trained in emergency medical treatment procedures.

"When I’m under stress and treating a patient one-on-one, I feel confident in what the next step is because I know the right protocol to follow," says Huda.

Since her first day on NYIT’s Old Westbury campus, Huda has focused on preparing for her future as a doctor. She often lunches with graduate medical students in Riland Café and asks for their advice. She also attends monthly meetings for students hosted by her B.S./D.O. program advisor Halina Diener, associate professor of life sciences, who tailors the sessions to medical topics such as the new MCAT.

Beyond medicine, Huda has discovered an interest in community service work. Her favorite class in freshman year was Foundations of Inquiry, a core course taught by Laurie Hollister (B.S. ’89, ’M.S. ’92).

"Hollister is so hands-on and told us about all the services provided by NYIT," Huda says. "I had no idea NYIT has so many internships available on CareerNet."

The class worked on a community service project for this past spring’s Relay for Life, an American Cancer Society (ACS) initiative. Hollister, who is a cancer survivor, has chaired NYIT’s annual event since 2008. Students formed teams, and Huda led her group in planning two fundraisers that generated more than $500 for ACS. She also attended Relay for Life.

Huda hopes her efforts to make the most of her college experiences will inspire her younger sister, Senya, to pursue a career in medicine, too. The sisters were raised by parents who earned their college degrees in Pakistan and later moved to East Meadow, N.Y., where they started a family. Huda says she will be the first person in her family to earn an American college degree and adds: "I hope to play a vital role in bridging the healthcare gap found in our society today."

This story originally appeared in the Fall 2015 issue of NYIT Magazine.