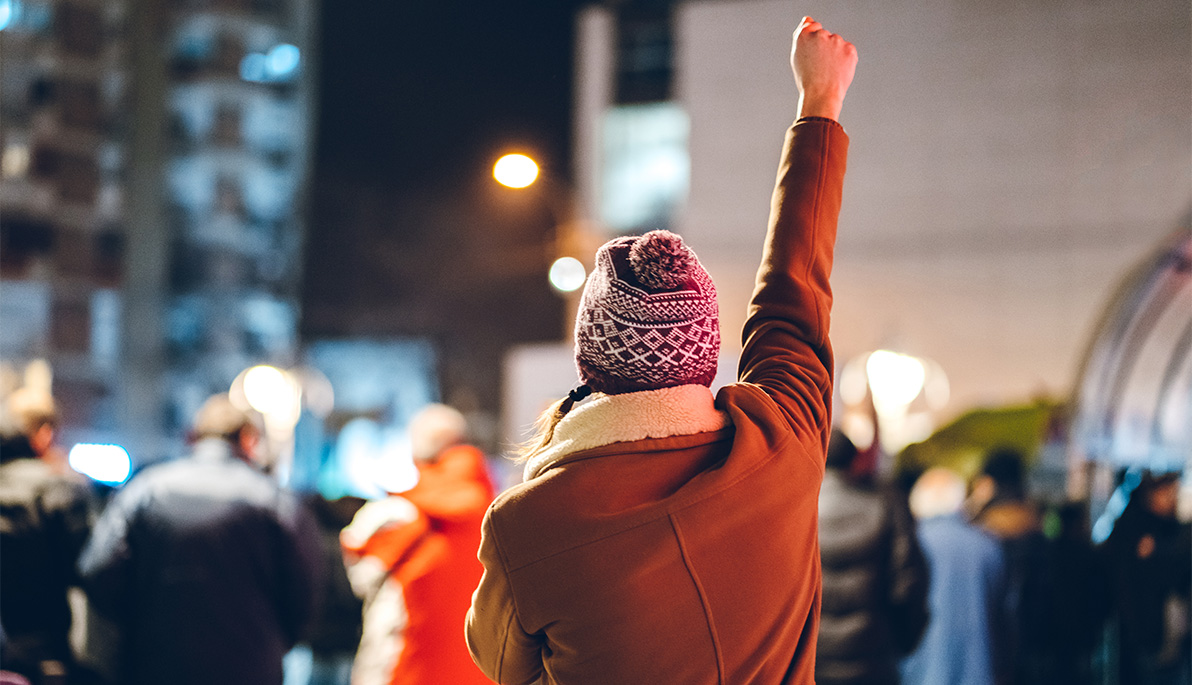 How can students take action and create change in their communities? That was the question that was answered during a recent civic engagement event organized by the Office of Student Life’s Diversity, Equity, and Inclusion (DEI) Series event, “Speaking Up, Activism, and Organizing in Different Spaces.” The virtual session, held on November 17, aimed to educate and empower students to be advocates for themselves and the topics they are passionate about. It introduced students to ways to bring their activism from their communities into their workplaces and beyond.

The discussion was led by Brea Baker, a skilled communications strategist, influencer engagement professional, and activist/organizer, who has been a part of many electoral and advocacy campaigns, including initiatives to address racial injustice since Trayvon Martin’s death in 2012. In 2017, Baker also helped to organize the Women’s March, where she served as the youngest national organizer, the campaign to #FreeMeekMill, the 2018 student walkouts against gun violence, Jumaane Williams’ successful bid for NYC Public Advocate, and other high-profile initiatives.

Baker spoke about activism in broad terms, explaining that anyone can do things to better their communities and selves. She noted that whether students simply change their shopping habits by switching from big corporations to smaller businesses or organize a march, every kind of activism counts.

To give students a more guided path to action, Baker introduced her methodology for successful organizing and outcomes: What, Who, How, When/Where, Why, With?

At the end of her discussion, Baker invited students to break into groups to formulate a rough outline for a plan for change, using her described steps. Students responded positively to the teamwork and showed their interest in bettering the areas they live and work.

This event was part of the Office of Student Life’s Diversity, Equity, and Inclusion Series in collaboration with Career Services. It is featured in the New York Tech Votes initiative and is part of our mission to build a civically engaged campus community.