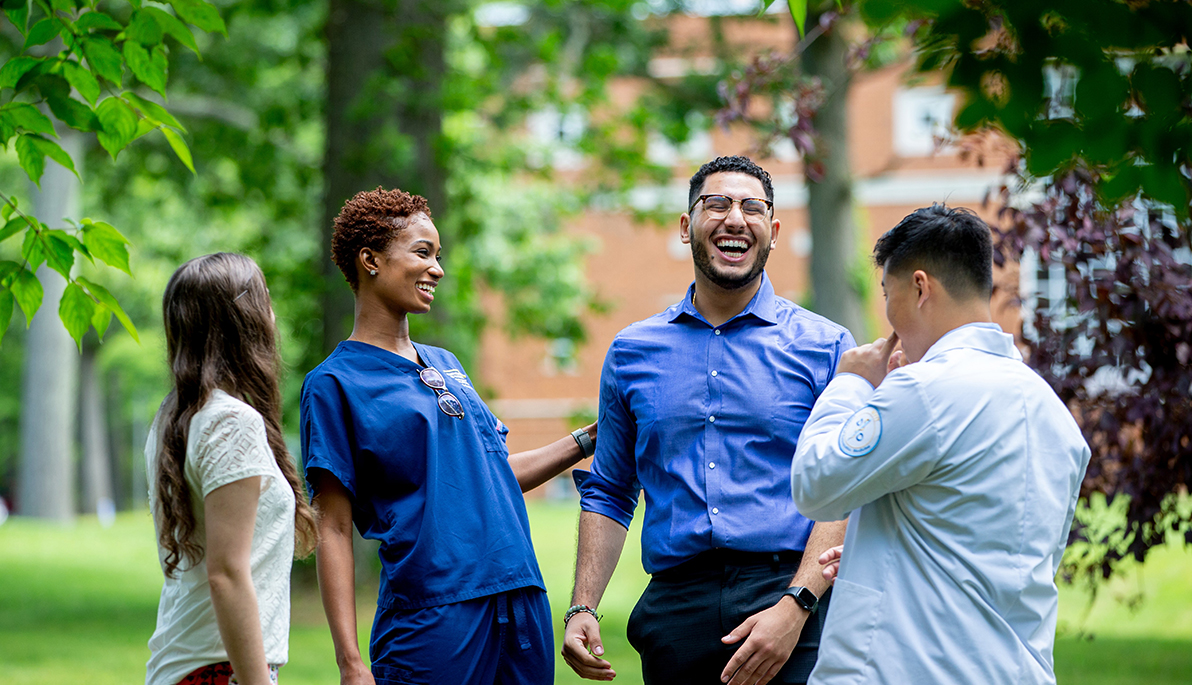 In a January 24, 2022, report issued by Georgetown University’s Center on Education and the Workforce (CEW), New York Institute of Technology ranked among the top 2 percent of U.S. colleges for return on investment (ROI) for low-income students.

New York Tech, one of the most affordable private universities in the state, tied with University of San Diego to rank No. 72 among 3,410 U.S. institutions, including public and private, non- and for-profit institutions offering primarily certificate, associate, or bachelor’s degrees. It was ranked just below University of Southern California-Los Angeles and ahead of University of Texas-Austin and Rutgers’ Newark, Camden, and New Brunswick campuses.

Among private nonprofit bachelor’s degree institutions with at least the median share of Pell Grant recipients, New York Tech ranked No. 3 for highest ROIs for low-income students. It also had the strongest ROI showing among all Long Island colleges and ranked No. 9 among 216 New York State colleges included in the report.

The Georgetown CEW’s 2022 “Colleges Where Low-Income Students Get the Highest ROI” report utilized U.S. Department of Education College Scorecard data from December 2020 to compute a net present value (NPV) for each college included in the survey. The NPV for each college was calculated using the net price of the college’s cost and the average (mean) earnings of its students from low-income families (students with a family income of $30,000 or less) at six and 10 years after attendance.

“College typically pays off for low-income students, but not as much as it does for their peers,” the report notes. “Low-income students comprise more than one-third of college students…and they have a lower return on investment than all students, largely because they tend to earn less as adults.”

However, the findings showed that low-income students who attend New York Tech achieve high salary potential after graduation. While public institutions generally had the highest ROI for low-income students over a 40-year period, New York Tech outperformed both private and public peers in a number of categories. On Long Island, the next highest-ranked institution is Veeb Nassau County School of Practical Nursing, ranked at No. 161, followed by Stony Brook University (165), Molloy (169), Adelphi (185), Farmingdale (242), Long Island University (282), and Hofstra (346).

The report noted “there are also surprising values among private colleges, particularly colleges that specialize in lucrative and high-demand fields, such as nursing and technology.”

“Access to education is a key determinant of social mobility. That’s why we’re proud to not only offer one of the lowest private college tuitions in New York State, but also a high-quality education that graduates students into good-paying jobs,” said New York Tech President Henry Hank Foley, Ph.D. “Outcompeting many of the nation’s public institutions, our ranking bucks conventional wisdom and demonstrates that a degree from a private institution can indeed yield high earnings for low-income students.”

The 62-page Georgetown CEW report offered analysis and breakdowns of the data by state, type of degree, and type of institution. In one chart, New York Tech was No. 3 on the list of highest ROIs for low-income students at private nonprofit bachelor’s degree institutions with at least the median share of Pell Grant recipients. Federal Pell Grants, which are generally viewed as the foundation of a college student’s financial aid package, are awarded to undergraduate students who display exceptional financial need and have not earned a bachelor’s, graduate, or professional degree.

The report also noted that “about 34 percent of undergraduates received a Pell Grant for the 2018-2019 academic year, and the percentage has exceeded 40 percent within the last decade. College completion has become the best shot at career success in this economy, and the Pell Grant has become the nation’s workhorse in promoting upward economic mobility.”

One of Many Success Stories

Among the many opportunities that New York Tech provides to students from lower-income backgrounds is the Higher Education Opportunity Program (HEOP) on the New York City campus. Since 1970, HEOP has given hundreds of disadvantaged New York Tech students the chance to attend college through financial and academic support services, but it has also opened the door to successful careers.

Martha Depumarejo, a first-generation college student who participated in HEOP and graduated in 2016 with a B.S. in behavioral science, is now a global college recruiter who works with clients including Goldman Sachs.

Growing up in Spanish Harlem, Depumarejo said she never thought she would go to college. But finding New York Tech and HEOP provided her with opportunities to explore a professional path that has included earning a graduate degree as well as a successful career.

“My support system at New York Tech was strong, and I appreciated that because as a first-generation college student, I didn’t feel like I was doing it alone,” says Depumarejo, who credits HEOP for ensuring that she graduated.

She notes that among the many resources and connections that HEOP offered was the encouragement to get involved in campus activities—in many cases in leadership roles. “I was an active student leader, which led me to have several mentors and support systems—without them, I wouldn’t have been an orientation leader, I wouldn’t have successfully established a Latina sorority on campus, worked on a mission trip in Nicaragua, or explored my career path through various internships.”

Depumarejo also praises her academic program for providing her with the knowledge and skills to succeed in her chosen profession.

“My degree exposed me to different ideologies around diversity, which I am extremely grateful for because I work with many different folks from around the world,” she says. “During my time at New York Tech, I developed analytical skills, which have helped me come up with different strategies to create a smooth recruitment process and candidate experience.”